Despite graduating from university with a pointless degree, without a penny to my name, mounting debts and the inability to find a decent job. I have lived and worked all over East Asia. How have I managed it? 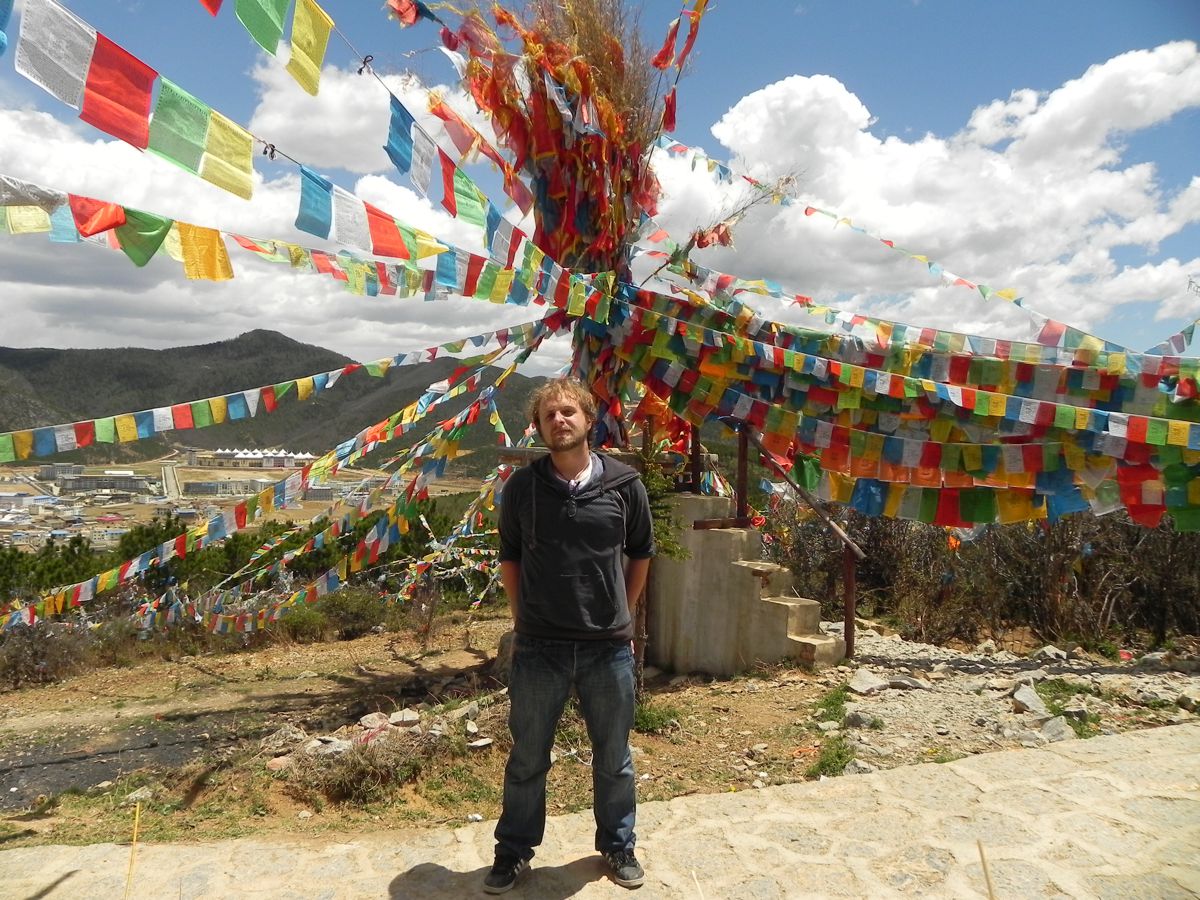 I contracted the travel bug big time before I even started university. It was on one of my travels that I decided that I would become a student and I enrolled onto a tourism degree. I believed that this would lead me straight to a globe trotting career.

Fast forward 3 great uni years later and I was moving out of the student digs I had called home, on my way back to my mum’s place with no money, no prospects and an apathetic outlook on my future. I was too entangled in assignments, nights out, friends, girls, presentations, dissertations and my band to consider a life after uni. I had made no plans and now, my piss poor preparation had come to bite me in the ass.

What followed in that next year was a string of soul destroying call centre jobs, the indignity of signing on the dole, blasting off C.Vs to ridiculously high paying jobs and then being firmly rejected. I received several verbal warning and was even made redundant from one job. My student overdraft was being squeezed to the last penny and I was borrowing heavily from the bank of mum.

This was back in 2005 and the governments of the world were still splashing the cash around. It wasn’t as if there was no work to be found. There were plenty of utter time raping, humanity degrading and hope depleting jobs out there. I just wasn’t keen on getting any of them.

But there was a light at the end of the tunnel. At one of these mind numbing jobs a friend told me about his year teaching English in South Korea. He said that it was fairly easy to get out there and all you needed was the ability to speak English and you’d be hired. He told me about a dubiously sounding website called, Dave’s ESL.

A few days later me and my friend Ste checked out the website, picked a random job posting and spouted out yet another application across the world wide web. I was expecting a firm rejection, if I was even to hear back at all. I had absolutely no experience as a teacher and besides, my spelling and grammar were shocking. I didn’t know a word of Korean and I’d never worked with kids. Neither was I was really interested in becoming a teacher. But my yearning to travel far out weighted the fear of dealing with rowdy kids. I had to get out of the UK and the downward spiral of pointless jobs and debt. So, I was willing to give anything a try.

The very next day my job interview consisted of just one question. A guy with a very strong American accent said: “So, do you like kids?” I went off on one about my large family and the kids I’d baby sat for…blah blah blah. After boring him to death, it turned out a plain old “Yes” would have sufficed. I was hired on a one year teaching contract in Seoul.

There was no bullshit high pressure, suit and tie interview. No weeks of waiting for for a reply. No hours of filling in application forms nor endlessly going over my C.V checking for spelling mistakes.

It was that easy. I wish I’d know about it earlier.

Of course 6 years later, things have changed a bit. As long as you have a degree (in anything), you can acquire an English teaching job in Korea, China, Japan or Taiwan quite easily and fairly quickly. For the most part, all you have to do is get a criminal record check, a medical and some documents sorted.

Working as a teacher isn’t piss easy. You do have to work hard and although it can be stressful for the first few weeks, it’s much more rewarding than having your brain slowly chipped away by a mind numbing job. The lifestyle you can lead is fantastic. Many others see their time out here as a continuation of student life.

To be honest there are a lot of benefits to coming out and teaching in East Asia. For me, it was the chance to:

So check out some of these websites if your interested:

I will get round to writing more on teaching, my life and travels in South Korea, Japan, China and maybe even Taiwan in the future…..

The problem is I am a very lazy monkey.

There was once a time when Japan and Korea weren’t hurling abuse, colonising, squabbling over rocks in the sea or blasting half-baked missiles over…