This is downtown Chinatown, Kuala Lumpur

It’s unbearably humid, incredibly loud, packed with clueless tourists and avaricious swindlers, plus the putrid odours that waft through the air are a bit much… 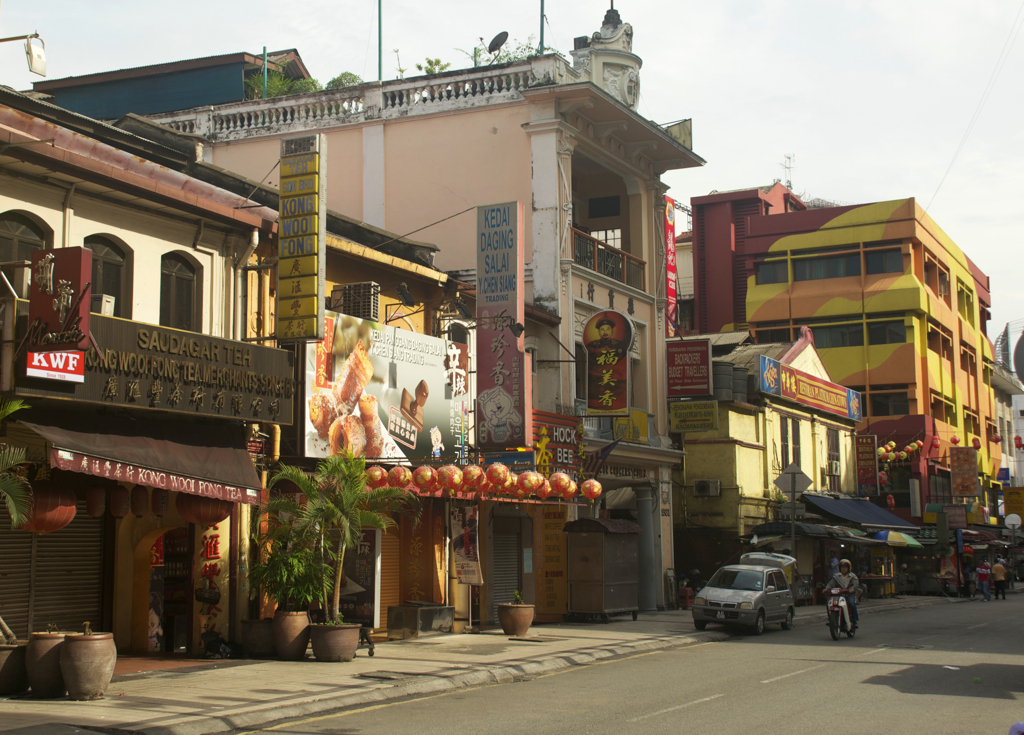 Not pictured: Crowds, touts, putrid smells, traffic, or much of any interested at all… Probably because this was taken bloody early in the morning 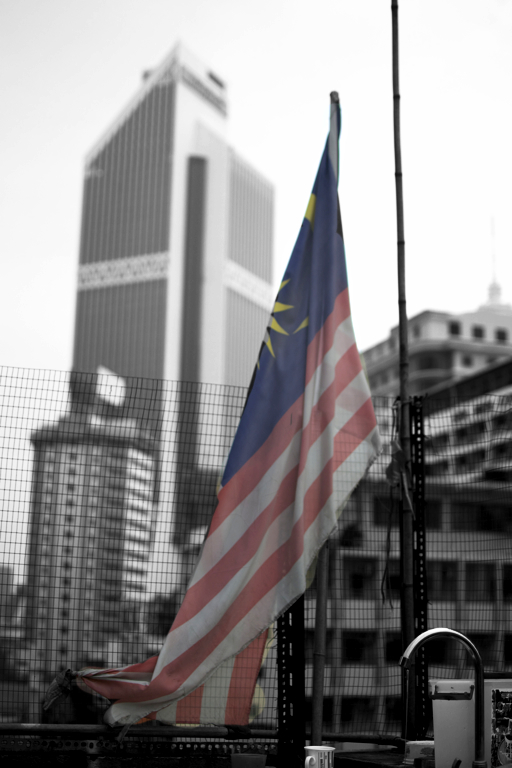 And yet in spite of these drawbacks (or more likely because of them), Chinatown is a downright fascinating neighbourhood of the KL sprawl. It also happens to be a popular hangout for backpackers and cheap-arse tourists – such as myself – seeing as cheap-arse guest hostels and budget hotels abound. 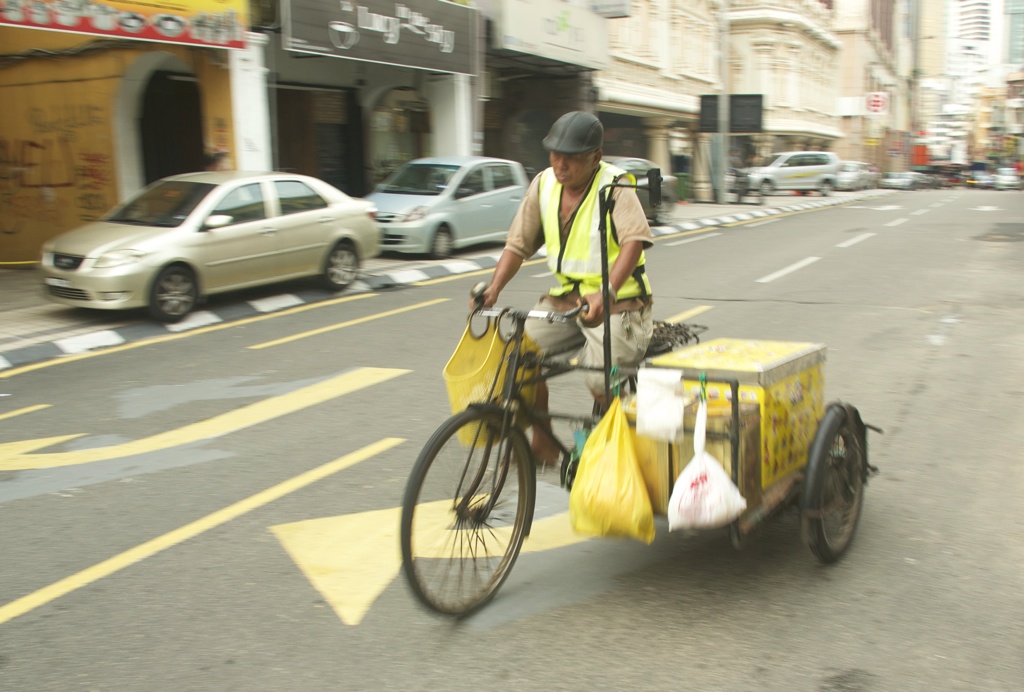 Black ‘n’ white photos help create mood. And make over / under exposed shots usable. By the way, did you spot the man sleeping on the roof? Nutter!

The Monkeygirl and I resided in the neighbourhood for five days after I booked us I into a wondrous youth hostel with no windows, medieval toilets, and friendly cockroaches! Though our sleeping arrangements were rather rough, I grew to like Kuala Lumpur and it’s Chinatown.

The mash up of Malay, Chinese, Indian, and British cultures was one reason the place grew on me. (I’ve already banged on about my fascination for India’s religion of choice in another sub-par article, The Hindu Times, here on the Monkeyboy Goes.)

Another reason was the awesome street art in Kuala Lumpur. True, most of it is wanky tags, but scattered about here and there  are some awesome pieces of art. Check out the few shots I have above.

Who are those guys? I’ve no idea. Hopefully someone will comment on the post and let me know. I do know that ‘Merdeka’ is ‘freedom’ in Malay 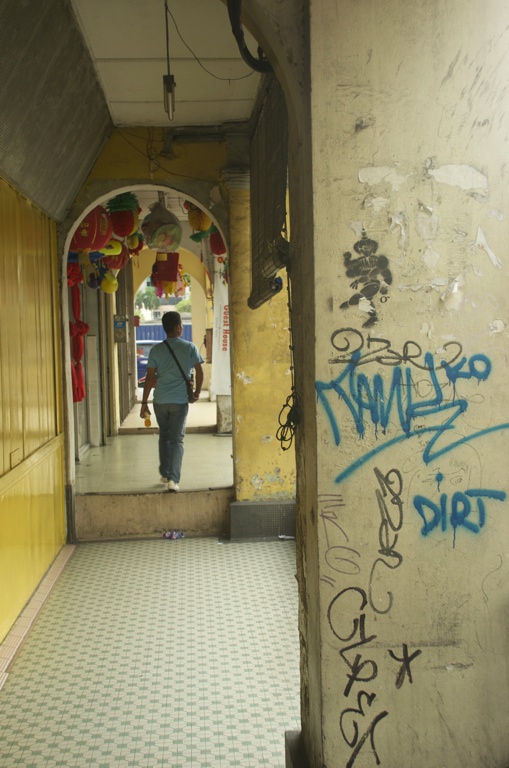 A note from the Editor-in-Chimp: This article was originally posted here, on Travel Wire Asia. Go check it out there too! The enormous island…