Last Saturday a shit tonne of people descended on London for the People’s Assembly‘s March for Health, Homes, Jobs and Education to vent their many frustrations at the Tory government’s handling of pretty much everything.

Despite 150,000 people from all over the UK calling on David Cameron to resign (baring in mind the Panama Papers recently shed light on a £30,000 payment he received from his dad’s morally ambiguous tax avoidance schemes; that his party is in disarray over the EU referendum, and the entire country was appalled by his government’s efforts to give yet more tax breaks to the richest at the expense of disabled people… oh, and he allegedly face-fucked a dead pig) most of the Sunday papers couldn’t be arsed to report on it. 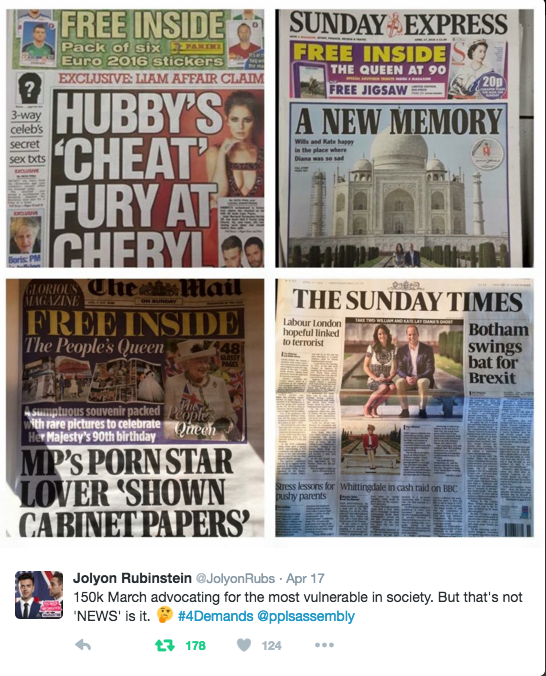 Anyways, if you don’t happen to be a UK leftie, then you might be asking yourselves, “Who, slash, what the fuck is the People’s Assembly?”.

Well, the People’s Assembly is a broad section of politically independent campaigners united against austerity and the cuts to public services, the selling off of public assets to private hands, the carving up of the NHS, the shredding of Human Rights Act, the attack on trade unions, the misrepresentation and scapegoating of minorities, migrants and refugees, the academisation of all state schools, and so much more.

For me, the protest took on an air of an enormous festival for every shade of indignado. From all manner of leftie weirdos – socialists, communists and anarchists – trade unionists, human rights activists, and environmentalists to teachers, primary / secondary / college / uni students, doctors, nurses, firemen, social workers, mums and dads, disabled people, migrants, journalists, blokes in kilts and even goths. Just about everyone has a bone to pick with this government.

Personally, the protest gave me hope that I am not at all alone in my discontent with neoliberal ideology.

As well as bellowing my favourite four-letter profanities David Cameron’s way, I was also down there to cover the protest for WellRedFilms, a new media collective of radical videographers and activists shaking up the neoliberal system with their anti-capitalist, anti-racist, pro-environmentalist videos.

I also took a shite load of photos:

People assembled at the People’s Assembly 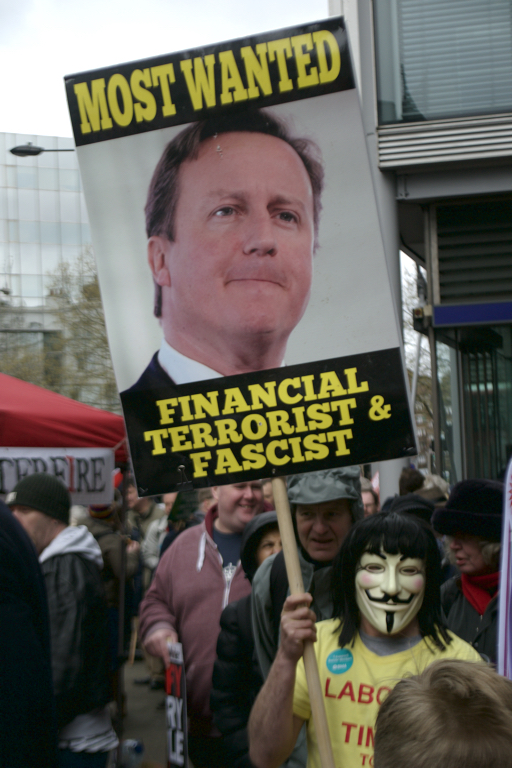 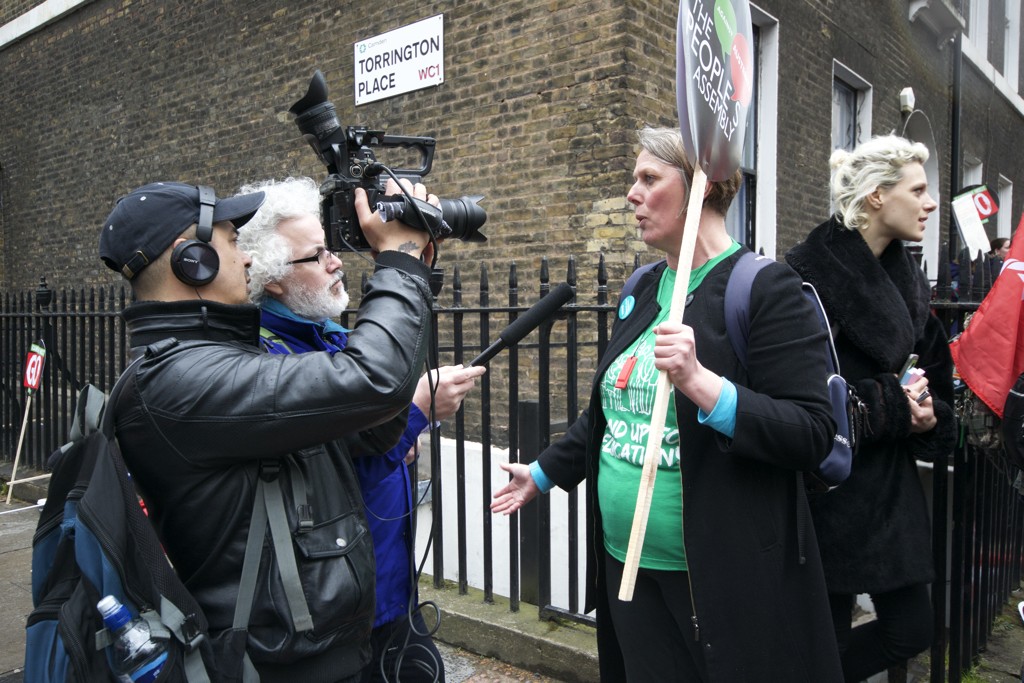 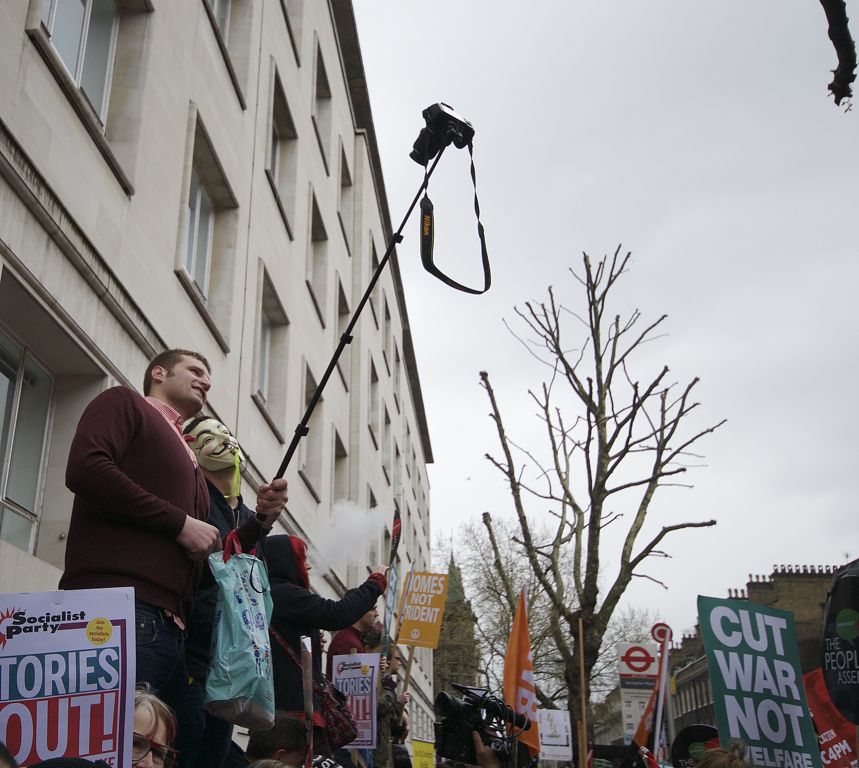 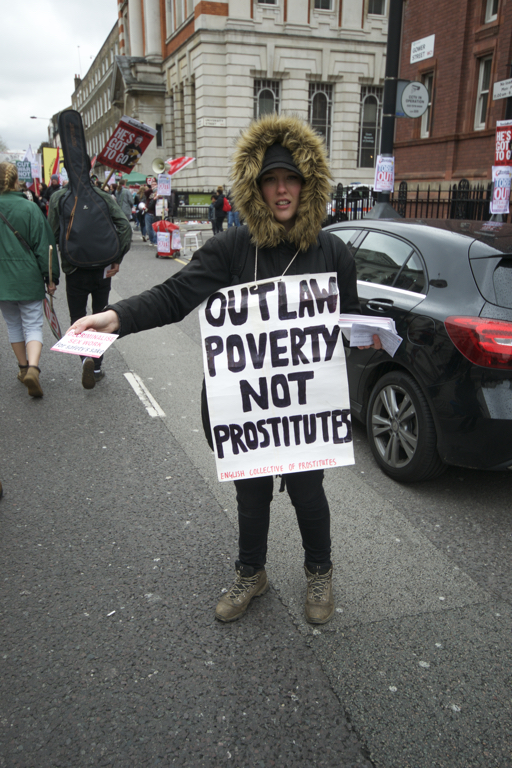 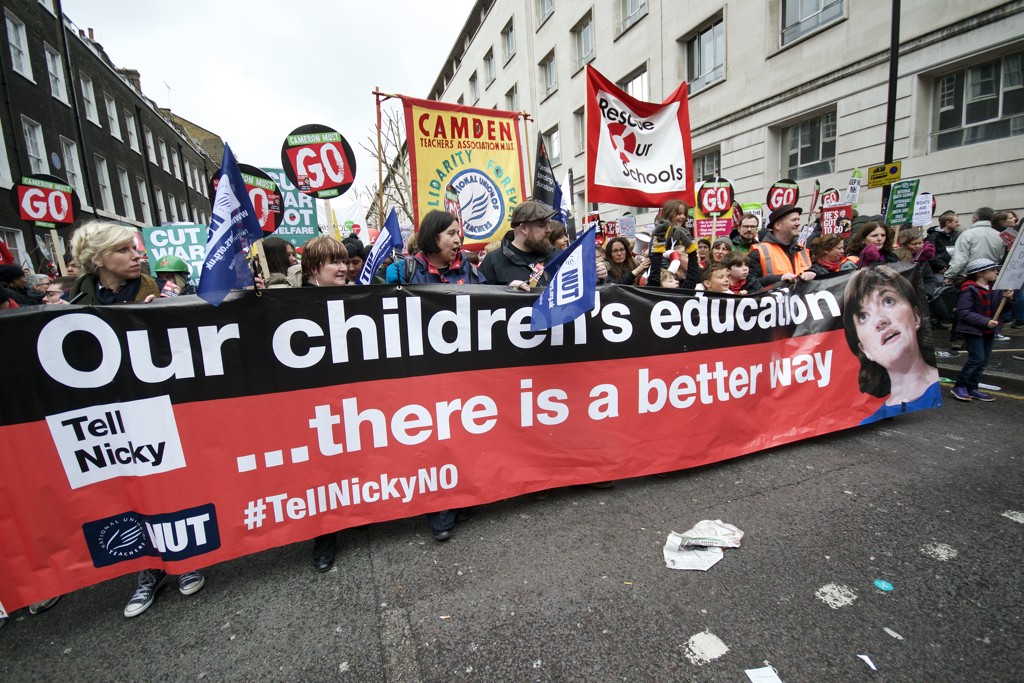 While the main protest stayed up in Trafalgar Square, a few of the hardcore decided to bring the protests to the establishment’s doorstep and occupy the main road outside of Downing Street with their boom boxes blasting out electro reggae, cans of beers, dope roll-ups, and dreadlocks, which brought the attention of the boys and girls in blue.

Most of the protesters sat on the floor and quietly discussed politics, smoked their weed and drank a few beers. Others danced to their awesome tunes, while a few engaged in debates about capitalism with a couple police officers. All this was a nice gesture, but I wondered what, if anything was the point in this mini occupation.

Sure, sitting in front of Downing Street and blocking the traffic, while a nice rebellious gesture, is not going to bring down the government, neoliberal capitalism, the monarchy, TTIP, or corporate greed.

Saying that however, the lad in the baseball cap at 3:45 in the video makes a good point when he told us,

We’ve got to at least voice our opinions and say enough is enough. And maybe the more of us that come down to these events and the more of us that come together, we’ll then reach out to the people in the middle who go to work, who have a job, who don’t know what to do, who pay their taxes, but they know the system’s wrong and they want some sort of a change. So things like this are good. They’re showing unity, they’re showing compassion and understanding. 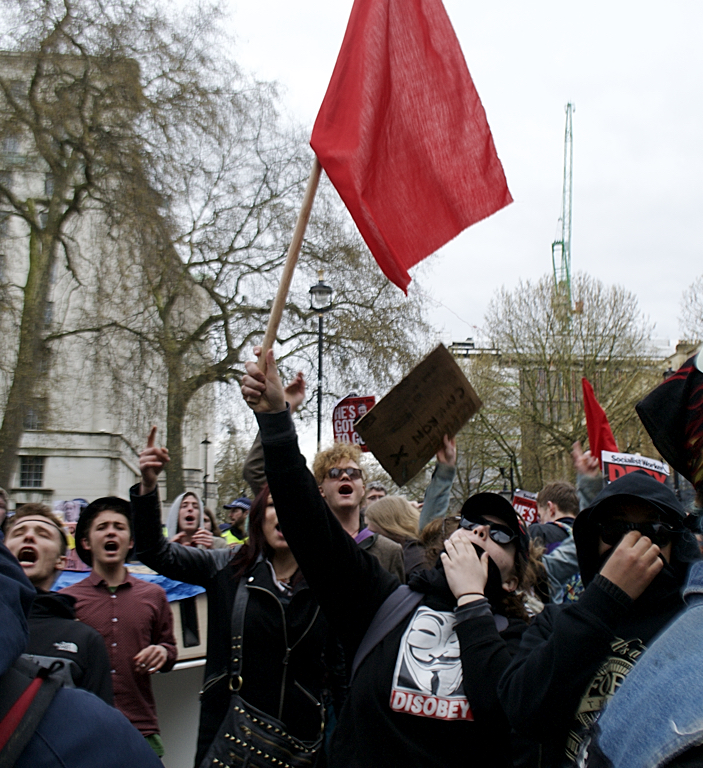 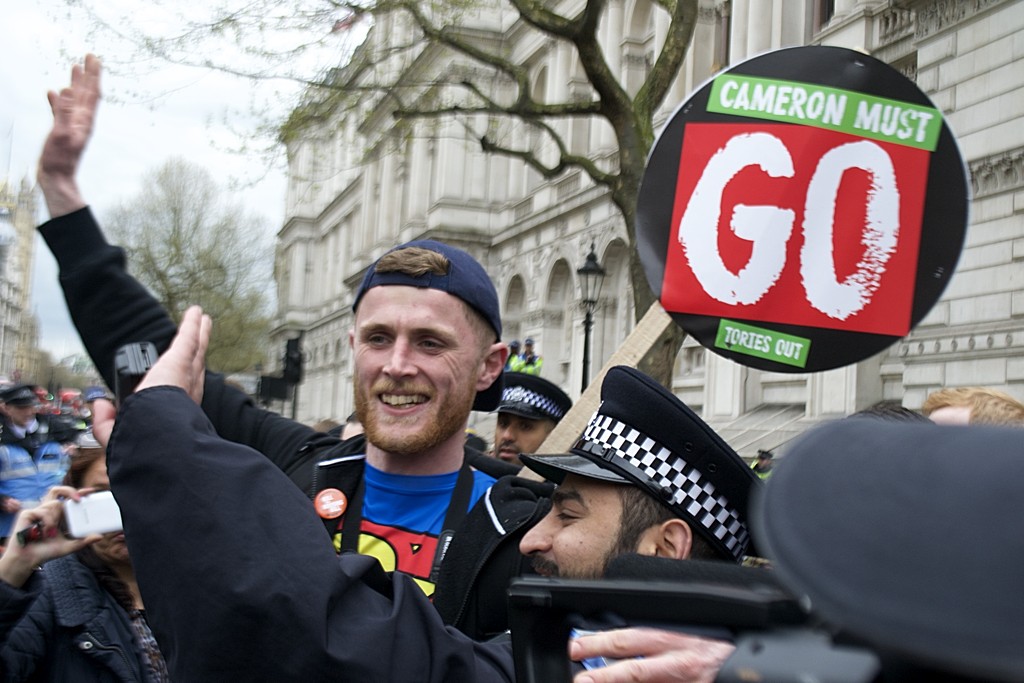 “DRIP by drip our society is being poisoned with headlines selling hatred,” begins a video by Stop Funding Hate. “Right now the press use…