Buddha’s Birthday was celebrated all over East Asia yesterday. Held on the 8th day of the 4th lunar month, Buddhists attended their local temples for free vegetarian meals, sermons and to view fiery hand crafted lanterns.

The big guy has showed up quite a bit in my travels around the Far East. He’s appeared in temples, in picture, on rocks, on mountains, and a whole host of tourist crap. His eyes are usually shut and he looks like he might be sleeping; he seems like a pretty chilled out dude to be honest.

I think it’s pretty clear that I’m not a Buddhist (nor am I much of anything really), though I do like a few of his ideas and have learnt a little about the guy. 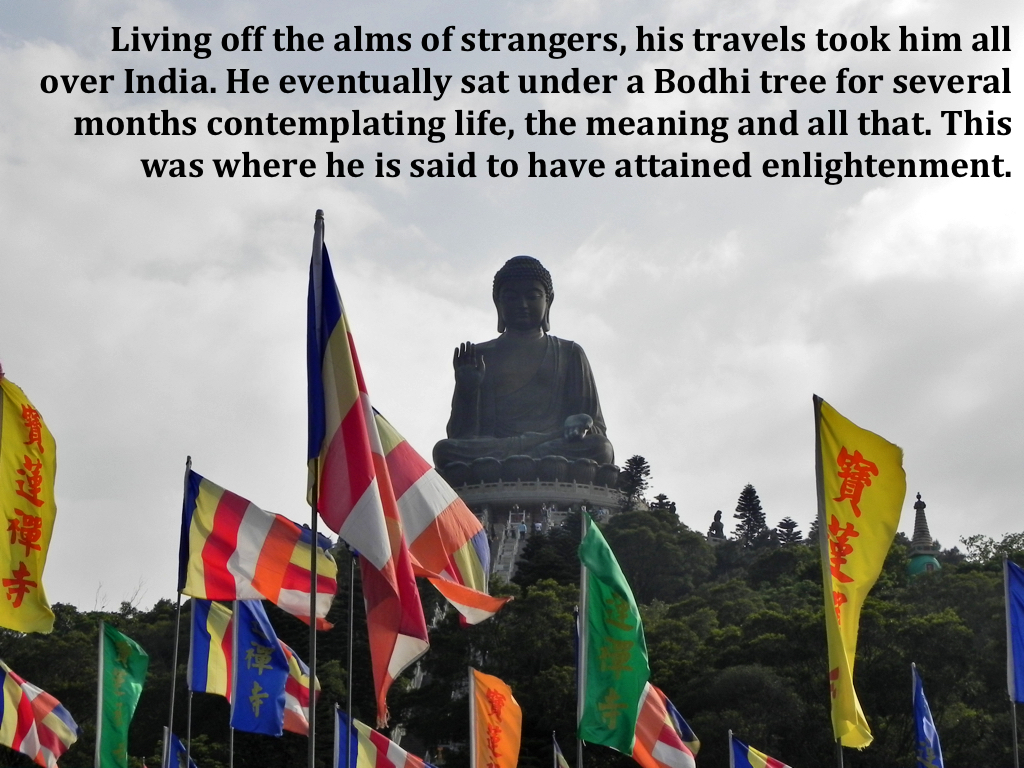 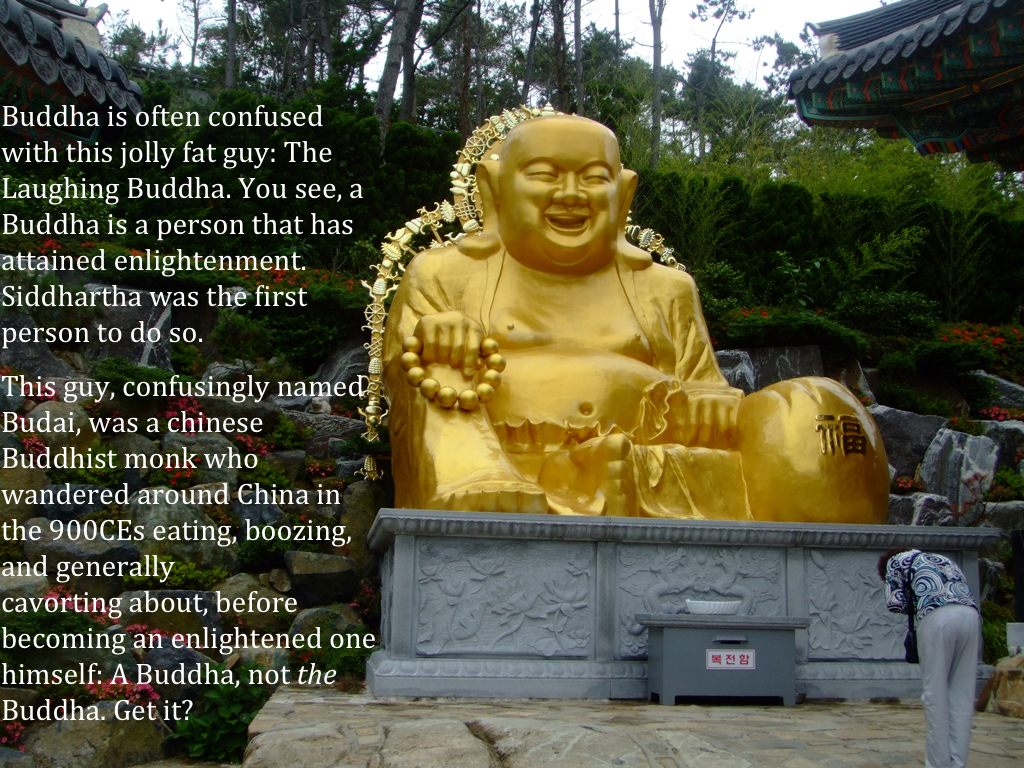 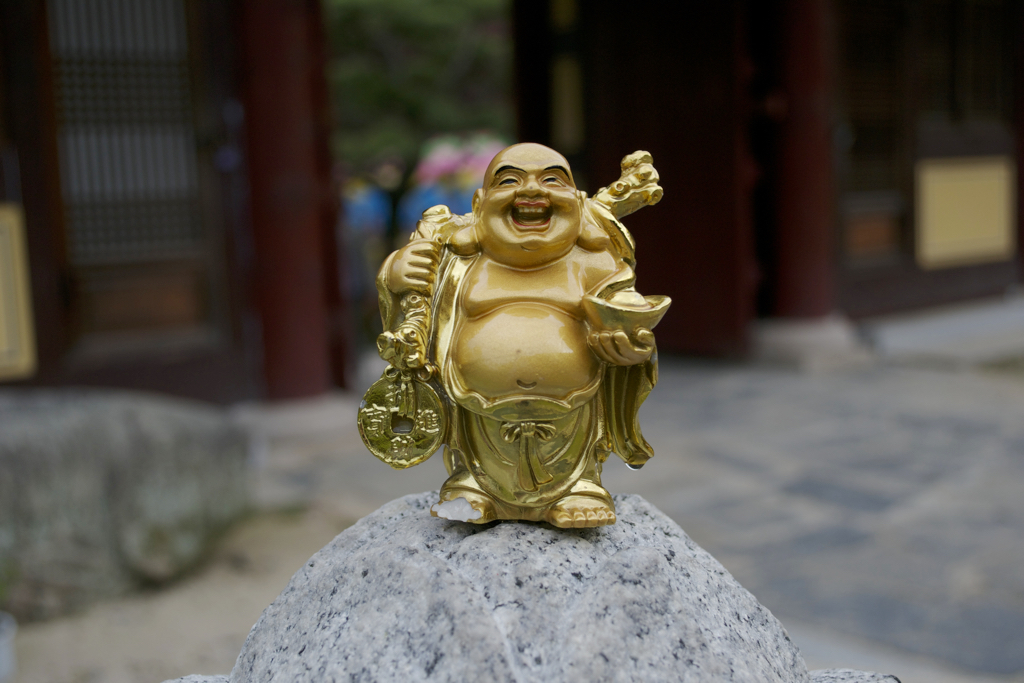 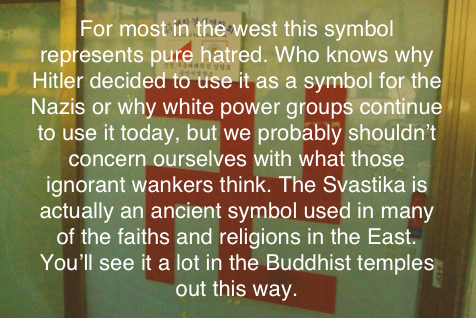 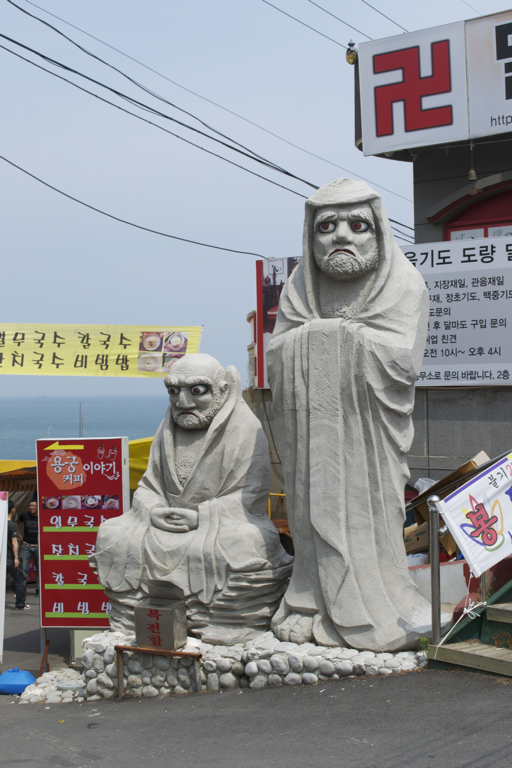 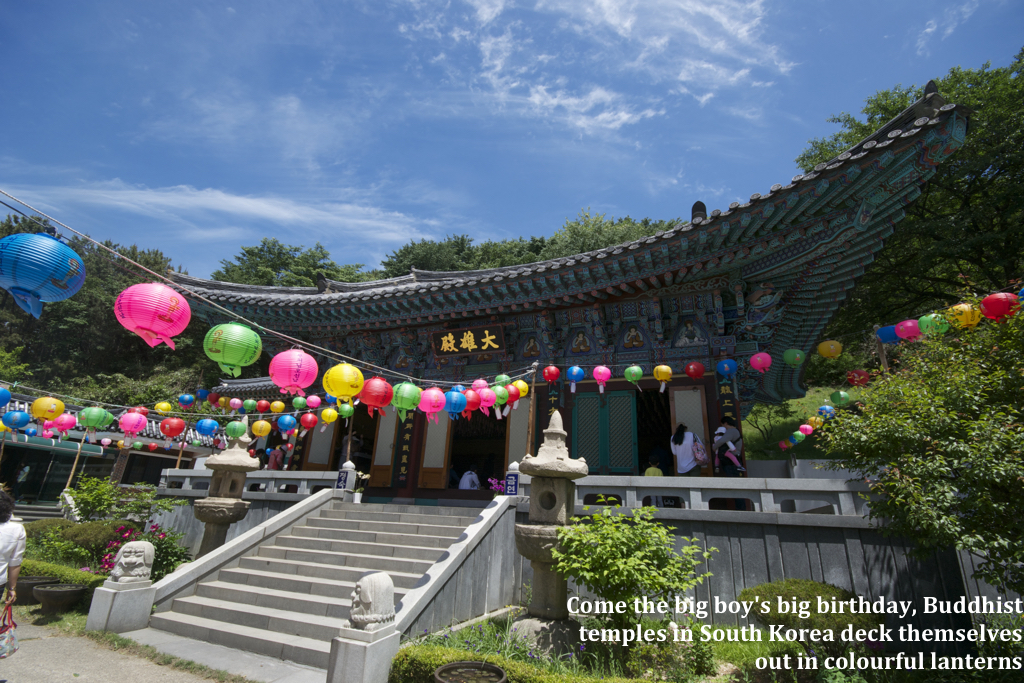 Some temple in Busan, South Korea 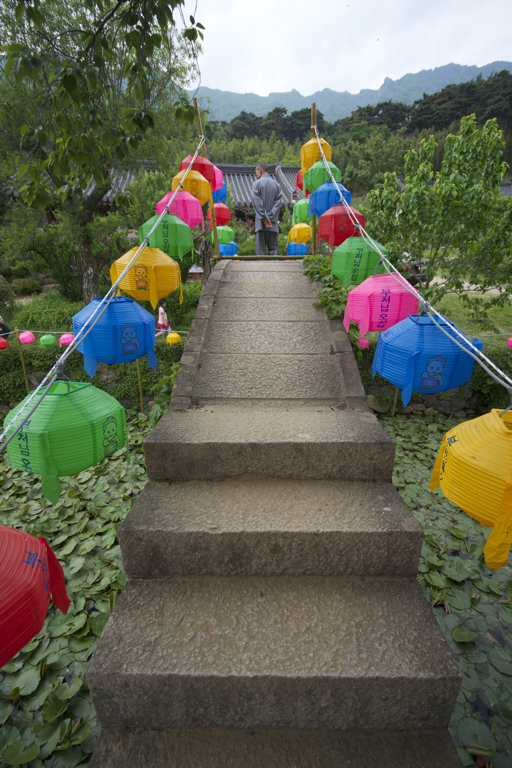 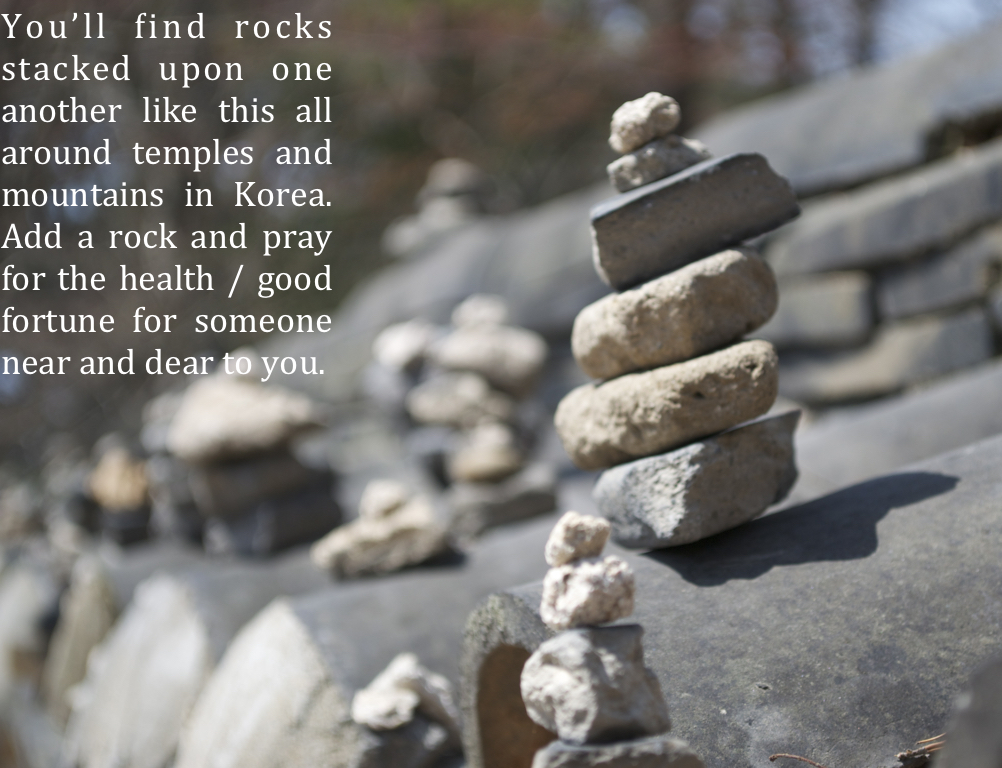 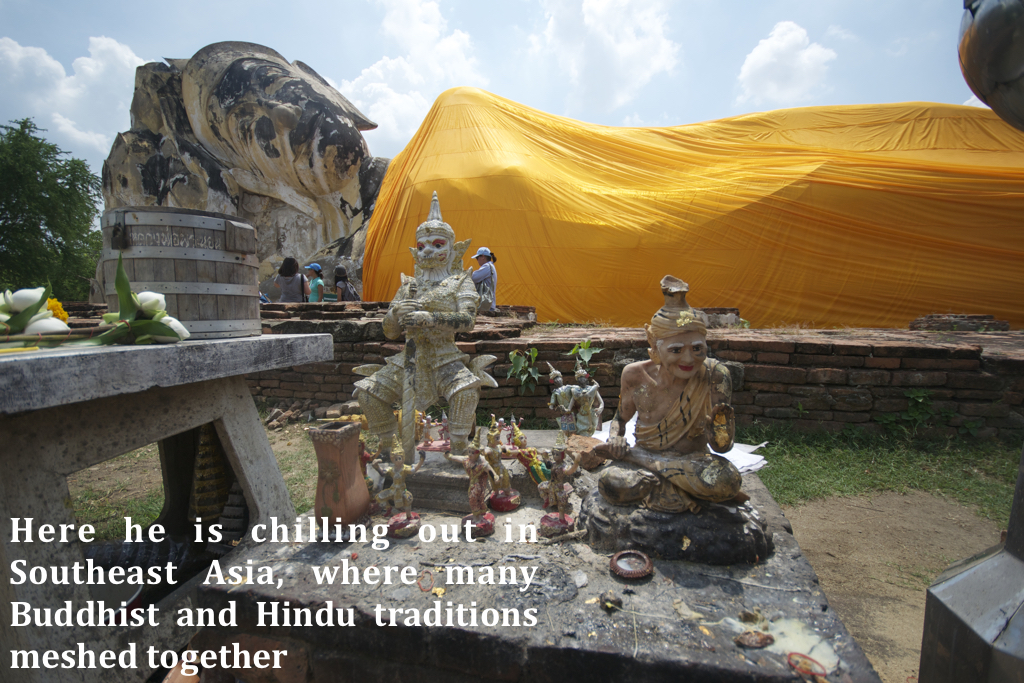 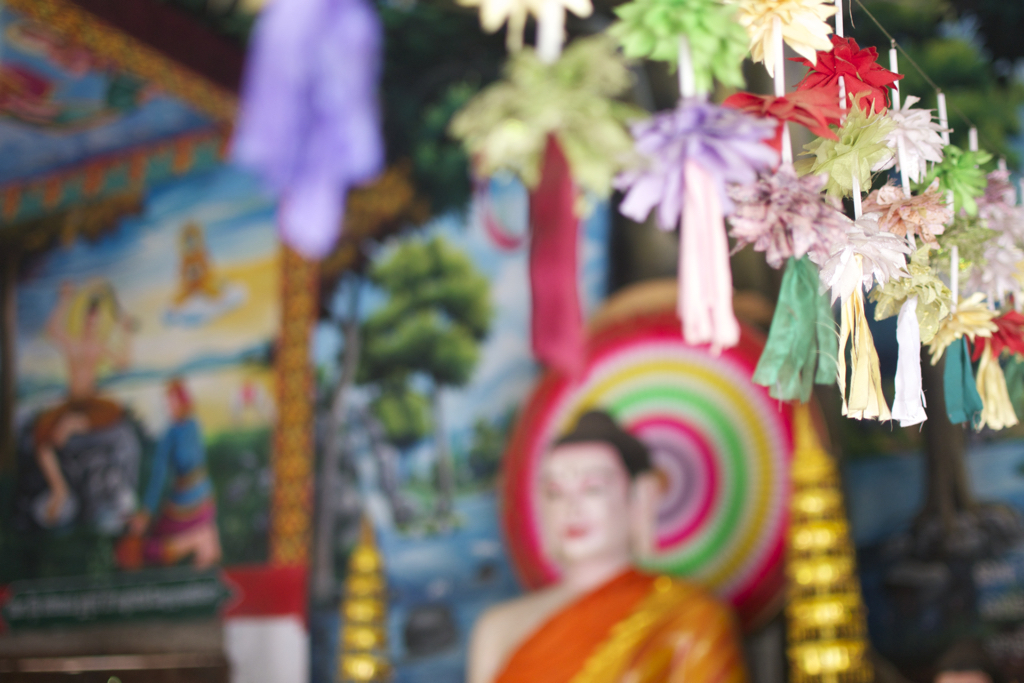 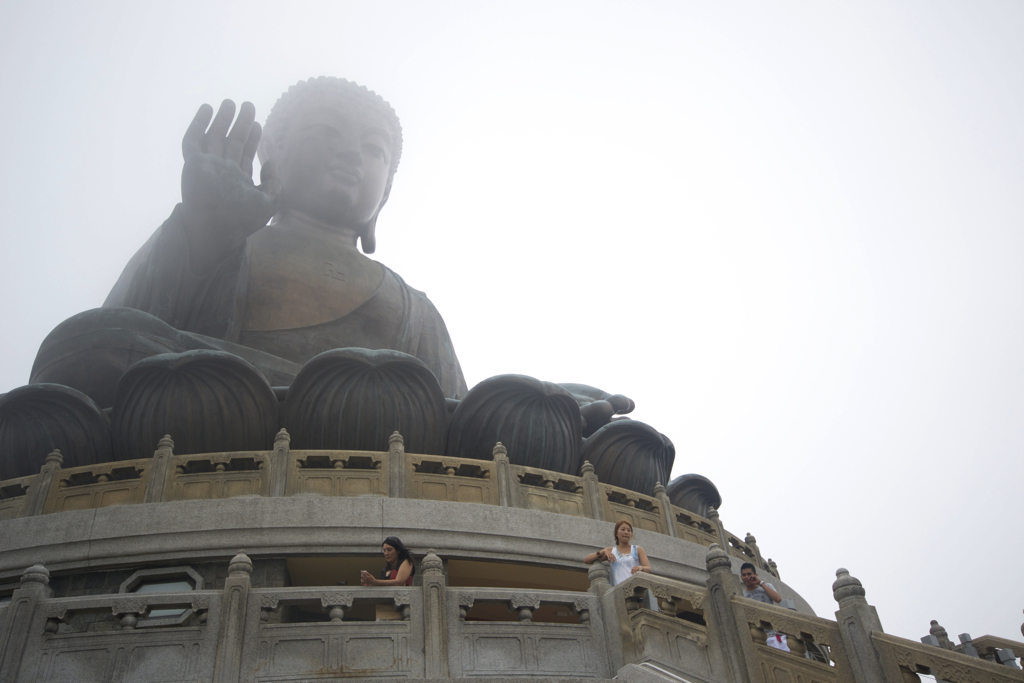 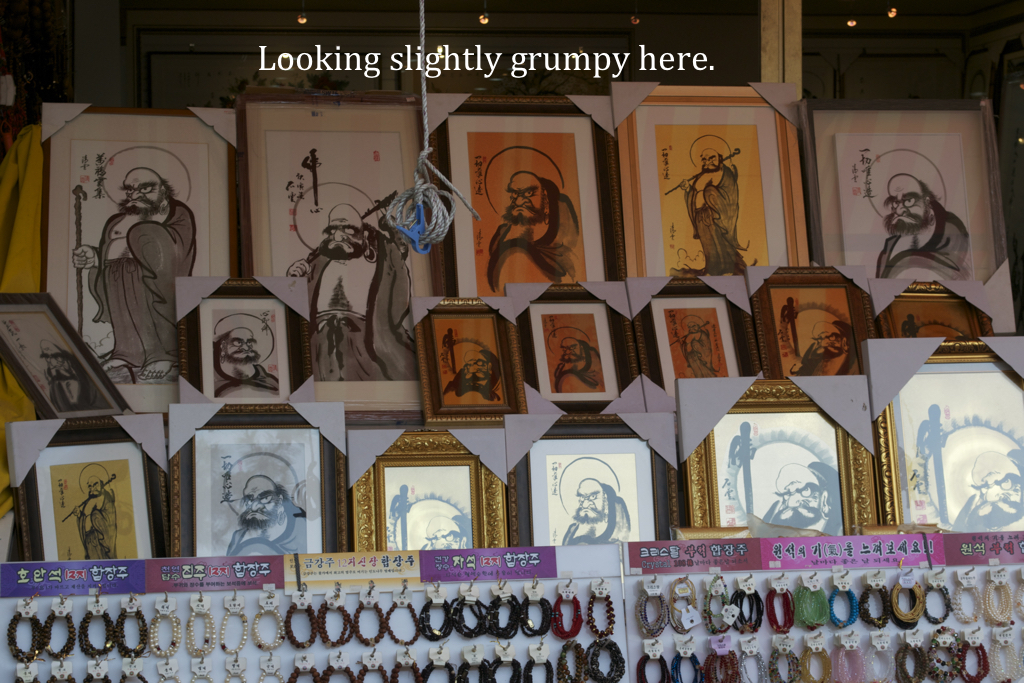 A note from the Editor-in-Chimp: A version of this post can be seen over at Asia Pundits. Go over there and check out. will ya! It’s a decent site.

Here he sort of is in Battambang, Cambodia