BACK in March 2017, the Tory MP for Mid-Derbyshire Pauline Latham incurred the wrath of the media when, during a House of Commons debate on Syrian refugees in Greece and Italy, she said that we should stop being “so sentimental” about child refugees fleeing to and stranded in Europe. 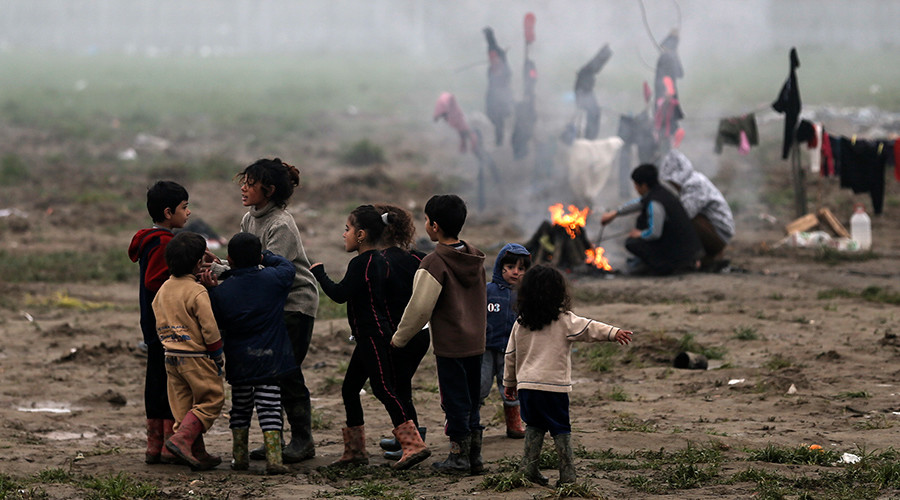 Despite making these comments and continuously voting in favour of austerity, anti-migrant policies and for scrapping the Human Rights Act, Latham sits on the board of directors for an international development and educational charity focused on child empowerment called WE charity (formerly known by the much better name Free the Children).

One of the initiatives WE runs in Britain, the US and Canada is known as WE Schools, which it describes as “a year-long educational programme that nurtures compassion in students and gives them the tools to create transformative social change.”

Is leaving unaccompanied child refugees to their fate over in Europe compassionate? Does forcing through cuts to public services, which exacerbates Britain’s class ceiling and entrenches poverty, give kids the tools they need to transform their lives? Will Theresa May’s maniacal plans to scrap the Human Rights Act empower underprivileged children?

The charity does seem to be well respected and has plenty of awards and celebrity backers but, from the website at least, it doesn’t appear to offer up any reasons for why millions of people on this planet of abundance are so cripplingly poor or address the root causes of such inequality.

To ignore the way our global economic system draws ever more wealth into the hands of fewer and fewer rich white people who make their fortunes on the backs of workers across the world and all the while leading to the destruction of the planet’s natural resources and environment is to make poverty appear as a mere fact of life, something which can’t be changed or challenged.

Elsewhere, maybe the charity does address the root cause of poverty but can you really expect a proper analysis from a charity with corporate partners such as Virgin Atlantic and Barclays?

To be begrudgingly fair to Latham, most media reports only quoted her phrase “stop being so sentimental” and left out the rest of what she said. So here it is: “These children are not under threat of murder, they are in safe countries, [and] the governments [of Italy and Greece] should be dealing with [them],” the MP told the House of Commons.

“We do need to provide as much as we can to keep the people in the [Middle East] region because what most Syrians want to do is to go home once it is safe to do so. If they’ve come here they will not be able to go home as easily…

“Although … I understand the sentiments of what people say, we should stop being so sentimental and we should actually be looking at what the best thing to do for these families and children [is] which is to keep them in the region — and that’s what this government is doing.” 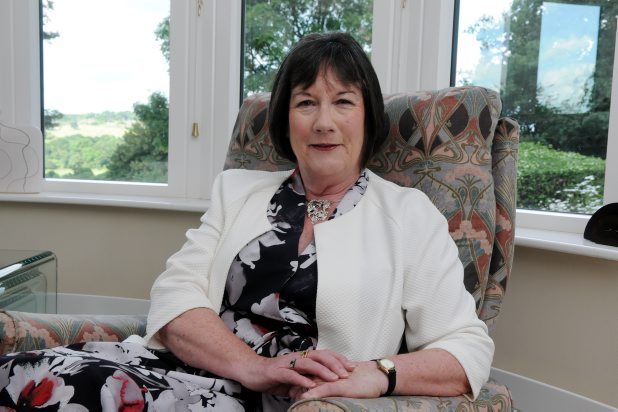 However, with fortress Europe locking down its borders and failing to take any responsibility for the humanitarian crisis happening over it borders, many thousands of migrants find the only way in safety to be a perilous journey across the Mediterranean in a rickety boat.

The UNHCR states 2016 was “the deadliest year on record with 5,096 [migrant] deaths [in the Mediterranean] sea recorded.”

Though Greece has become one of the main entry points for refugees coming into Europe, it is the least capable of dealing with them as the EU and IMF continue to enforce barbarous austerity measures leaving the country riddled with debt for all eternity.

By the end of last year, roughly 12,000 refugees and irregular migrants were stranded on the islands between Greece and Turkey.

Amnesty International in its 2016/17 world human rights report describes the makeshift refugee centres on the Greek islands as “increasingly overcrowded, insanitary and dangerous,” adding that “the poor conditions periodically sparked riots within the camps, while some were attacked by locals accused of links to far right groups.”

On the mainland, which hosted an estimated 50,000 migrants and refugees last year, the official reception facilities “mostly consisted of tents and abandoned warehouses and were unsuitable for accommodation for more than a few days,” Amnesty reports.

After five years, the Syrian civil war has killed half a million and displaced up to 11 million people from their homes. Why would anyone, especially unaccompanied children, want to go back there anytime soon? 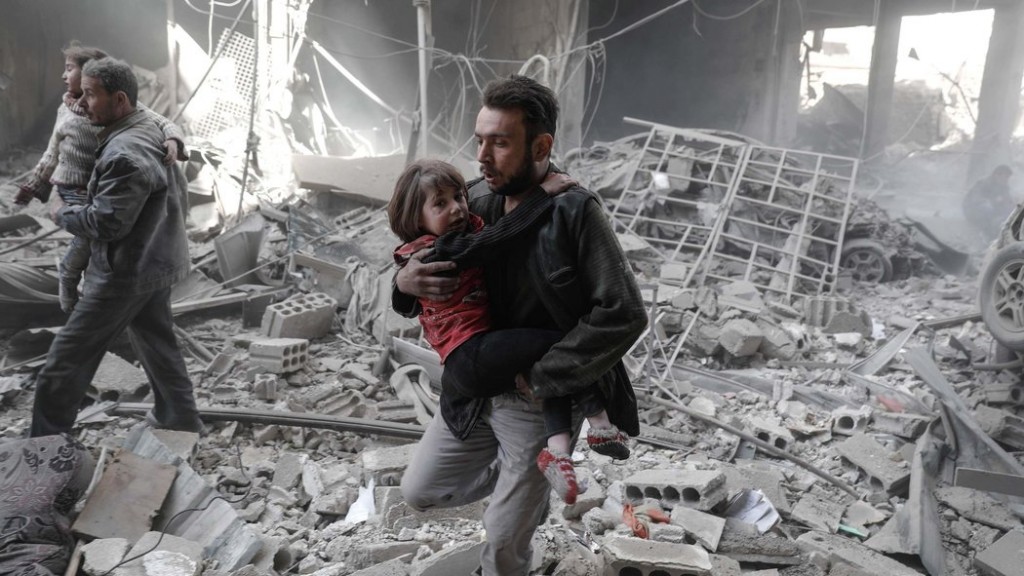 According to latest research by the Migration Observatory (MO) at the University of Oxford, 64 per cent of asylum applications in Britain were initially refused in 2015. In the same year, the MO estimates that over 5,200 asylum-seekers were deported from the country. Though this is the lowest total of asylum-seeker deportations since their current collection of data began, it is not surprising, as the MO states, “in light of the smaller number of asylum applications made to the UK since 2002.”

And it’s not like Britain is inundated with refugees, despite the feverish clamour from the right-wing press. Even within Europe, Britain came in ninth place in 2015 in the EU for asylum applications and granted just 18,000 applications, according to Eurostat.

Even if Europe were to suddenly fling open its borders, it’s not like the entire world would suddenly engulf the continent. Think about it. We in Britain have, at least until we’re yanked out of the EU, the opportunity to go and live in the glamorous French Riviera, the sublime Greek Islands, the verdant landscape of Tuscany. What’s keeping you here in Britain’s dank and dreary surroundings? Well it’s the same things keeping you here — your family, friends, job, routine, laziness, lack of foreign languages, fear of the unknown, comfort circle, etc — that keeps most people in the world where they are. 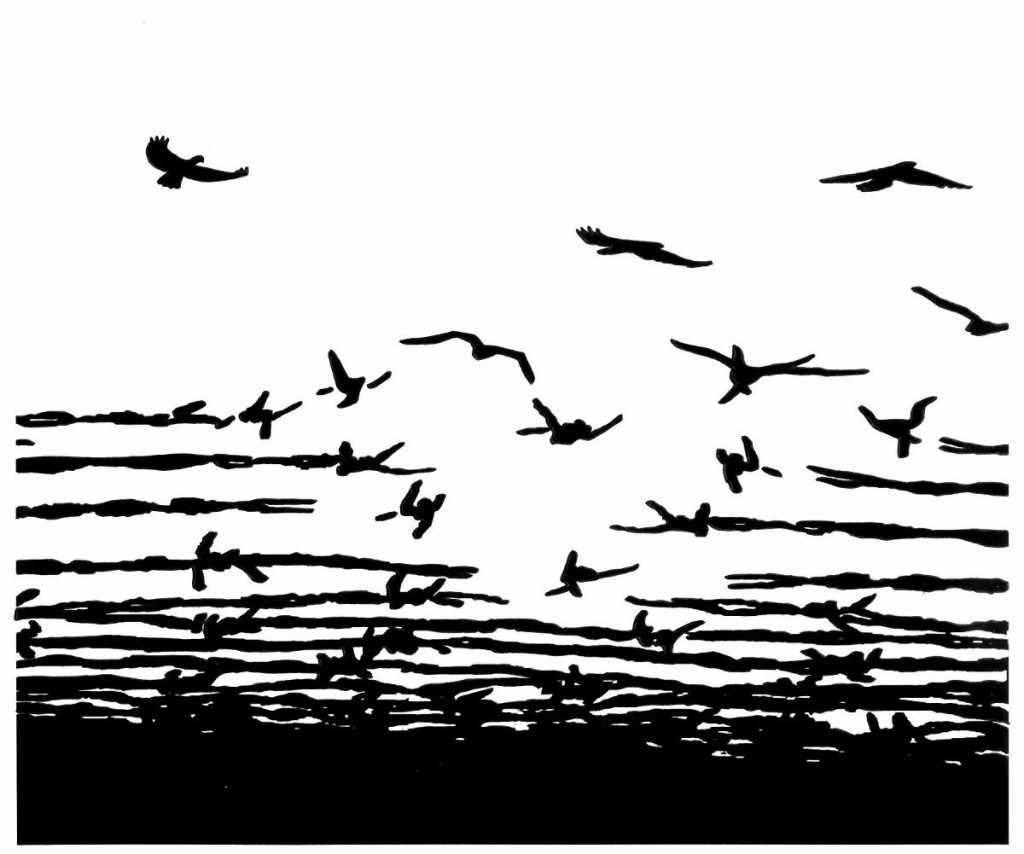 Most people will only flee for the safety of some far away and hostile land when the shit hitting becomes too intense to bear, not because they’re salivating at the mouth for a chance to nick £36.95 a week from the British taxpayer.

Most refugees seek safety in neighbouring countries and Europe only accounts for 6 per cent of the world’s refugee intake.

So for the few that come here, we should be offering them safe passage and not forcing them into the hands of human traffickers, especially the unaccompanied children.

The Tories’ priorities are all wrong. Instead of human lives, they propagate a system of spiralling inequality, a steady coup of our democratic processes by private interests and the destruction of the environment.

Some really truly awful things are being said and done to migrants, refugees, foreigners and Muslims in the West at the moment and it’s worrying to see where things are heading.

The rhetoric of the Brexit debates in the mainstream media saw a rise in hate crimes and a legitimisation of racist and dehumanising views.

Denmark introduced a law in which refugees could see their possessions seized in order to pay for their stay — which is a deranged interpretation of the human right to seek asylum from persecution.

In France, as the Morning Star reported last month, destitute migrants in Paris are being pepper sprayed and having their blankets taken away from them.

The US cheeto-in-chief slash president Donald Trump made official this week his plans to build the Great Wall of Mexico and begin releasing statistics and news stories on crimes only committed by immigrants.

These are but a small selection of random attacks on the human rights and dehumanisation of the Other happening on our doorstep.

Latham, the Tories, Ukip and even the Labour right need to make sure that their actions are on the right side of history and people should seriously question how charities like Latham’s intend to improve lives rather than perpetuate and legitimise poverty.

A note from the editor-in-chimp: This article originally appeared in the Morning Star, where I work as the deputy features editor. Header image skanked from here

Buddha’s Birthday was celebrated all over East Asia yesterday. Held on the 8th day of the 4th lunar month, Buddhists attended their local temples…