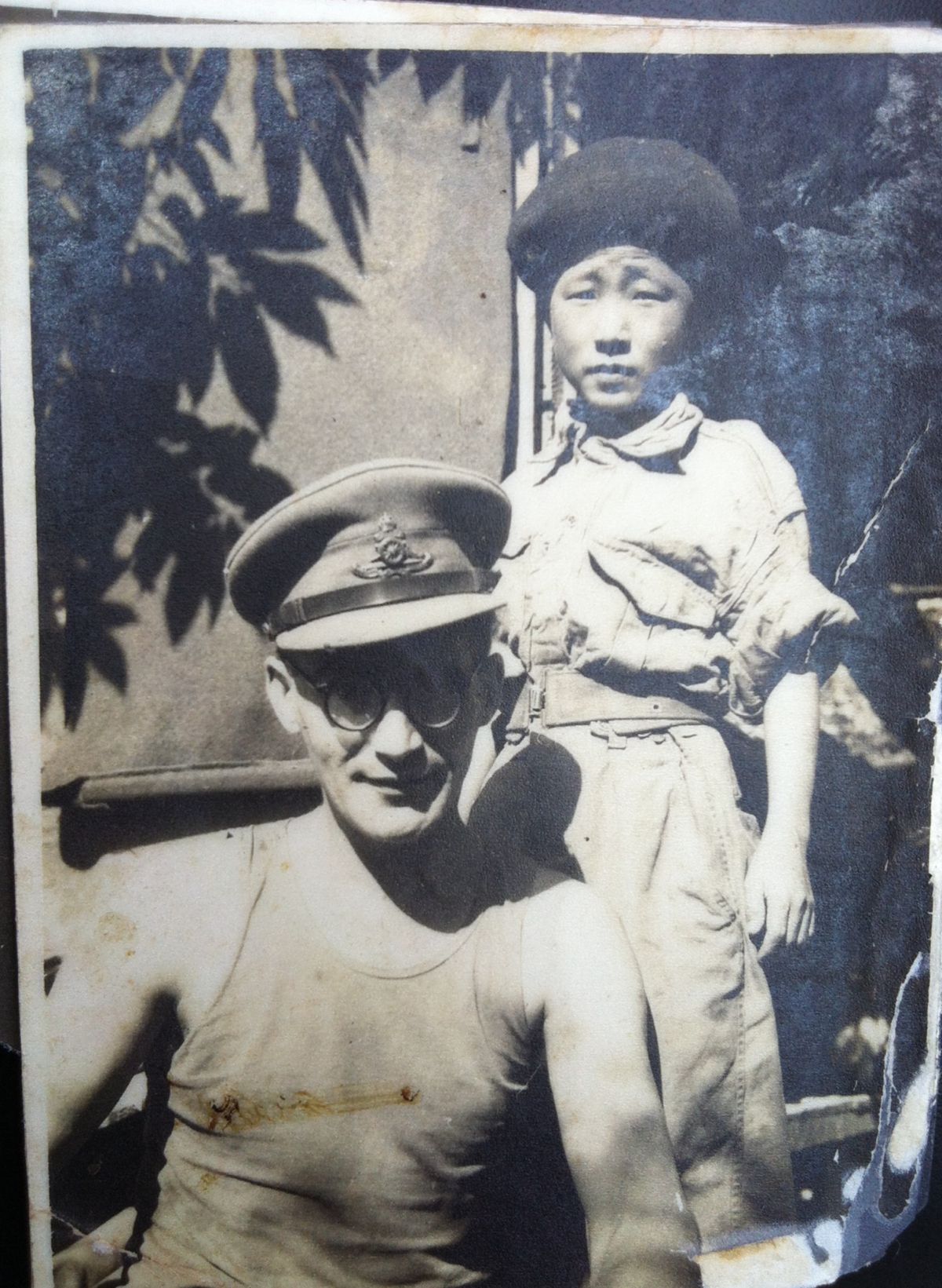 An unknown British Solider with Po, 1951

About a year ago I met an old Korean man in my local post office called Po (70’ish), who served with the British forces during the Korean War, and today I met him again in the same post office. We got talking and he told me that he had a picture of himself with one of the soldiers who taught him English. I told him that I’d like to see it one day. He then pulled out an envelope from his wallet and produced 2 immaculately kept photos that he’d had since 1957 and carried around ever since.

At the time the photo was taken he was just 14 years old and I couldn’t believe how young he looked. It’s staggering to think of kids this age fighting in wars, and partially shows what life must’ve been like in Korea during that time.

I thought about trying to find out who the British soldier was in the photo and, if he is still alive, where he now is. Apparently, he was a Corporal and must be pushing 90 by now. It would be amazing if these two people could be reconnected somehow.

Po is a lovely man who speaks very fondly of his time with the British. Although his memory of that time (and the English he was taught!) is very vivid, exact details are a bit sketchy, and for that reason I have no more information other than this picture, but if you think you could help then please get in touch.

Update July 9th: I realized that I had nowhere near enough information so I went back to the post office and called him from there. He turned up almost immediately and I asked him as many questions as I could. The picture was actually taken in 1950/1, which according to Wikipedia, was the time that the 45th Field Regiment, Royal Artillery were in Korea. The picture was taken in a place called Shin Sa Ri (신사리) and from there many soldiers moved on to Deokseong (덕성) / Ga Mak Mountain (가막산) just north of Seoul. The soldier in the picture apparently worked in the Command Post and is believed to have been around 26 or 27 at the time

Words and Photo by Jimmy Fryers

The Editor-in-Chimp’s note: While it’s certainly a long shot reuniting these two people, the intensions are very admirable and would be absolutely amazing. If you can help identify the British solider, his regiment, or know someone that can help in anyway, then please e-mail Jimmy at jfryers@hotmail.com or me at monkeyboygoes@hotmail.co.uk.

Bangkok is many things to many different people. For Kyeonghwa and I, it was at first a scary shithole after someone stole our bags…