Yasukuni Shrine, located in the centre of Tokyo is undeniably beautiful and rather serene, at least from the outside. Why then, does this place of quiet worship enrage so many in northeast Asia whenever Japanese dignitaries visit the shrine? What is it about Yasukuni that causes South Korea to cancel its foreign minister’s trip to Japan and China to whip yet more shit up about uninhabited rocks in the sea? 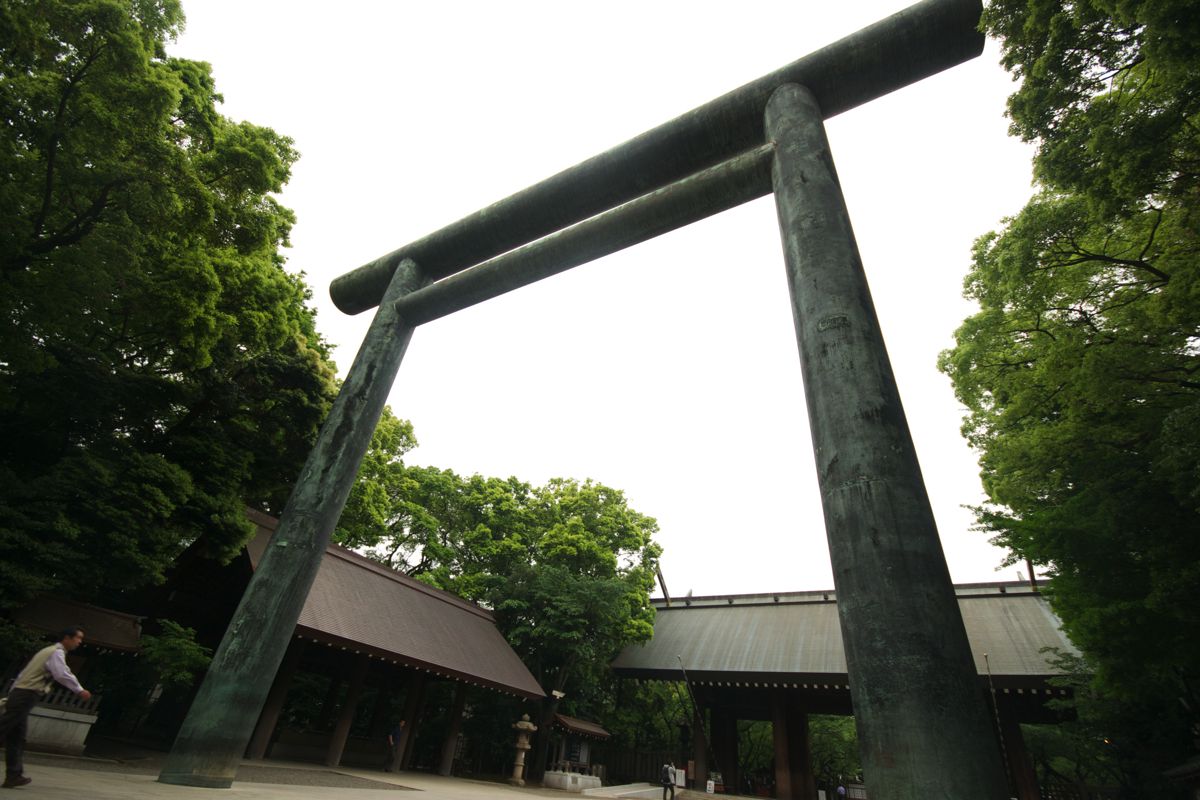 Well, that’s probably down to the alternative history lesson inside the shrine’s museum, and the fact that around a thousand souls (of roughly 2 million in total) enshrined within Yasukuni were executed as war criminals. 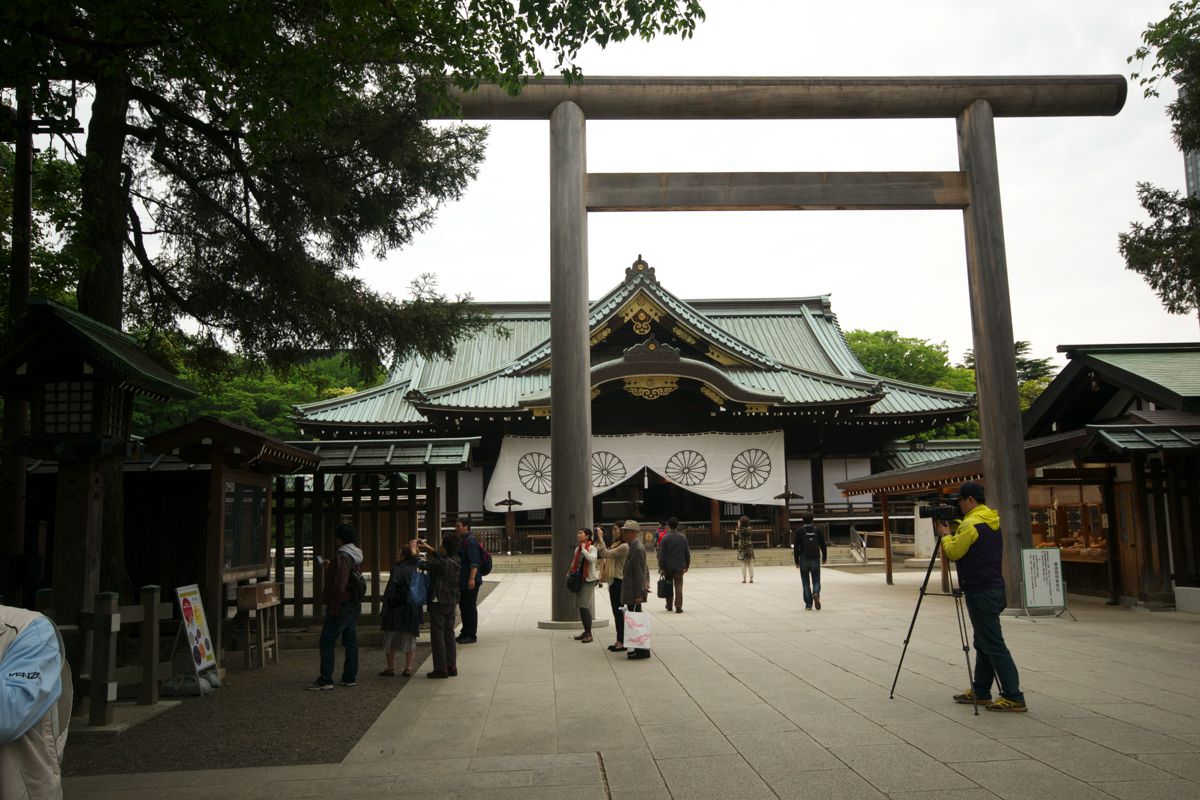 Obviously, the shrine wasn’t originally built as a graveyard for war criminals. It was actually constructed in 1869 to honour those who died during the complicated series of uprisings and civil bloodshed known to history as the Boshin War (thankfully, Hollywood simplified the whole rotten affair in Tom Cruise’s seminal film, The Last Samurai). Ever since then Yasukuni Shrine has been used – in its own words – “to commemorated those who dedicated their precious lives to their mother country.” 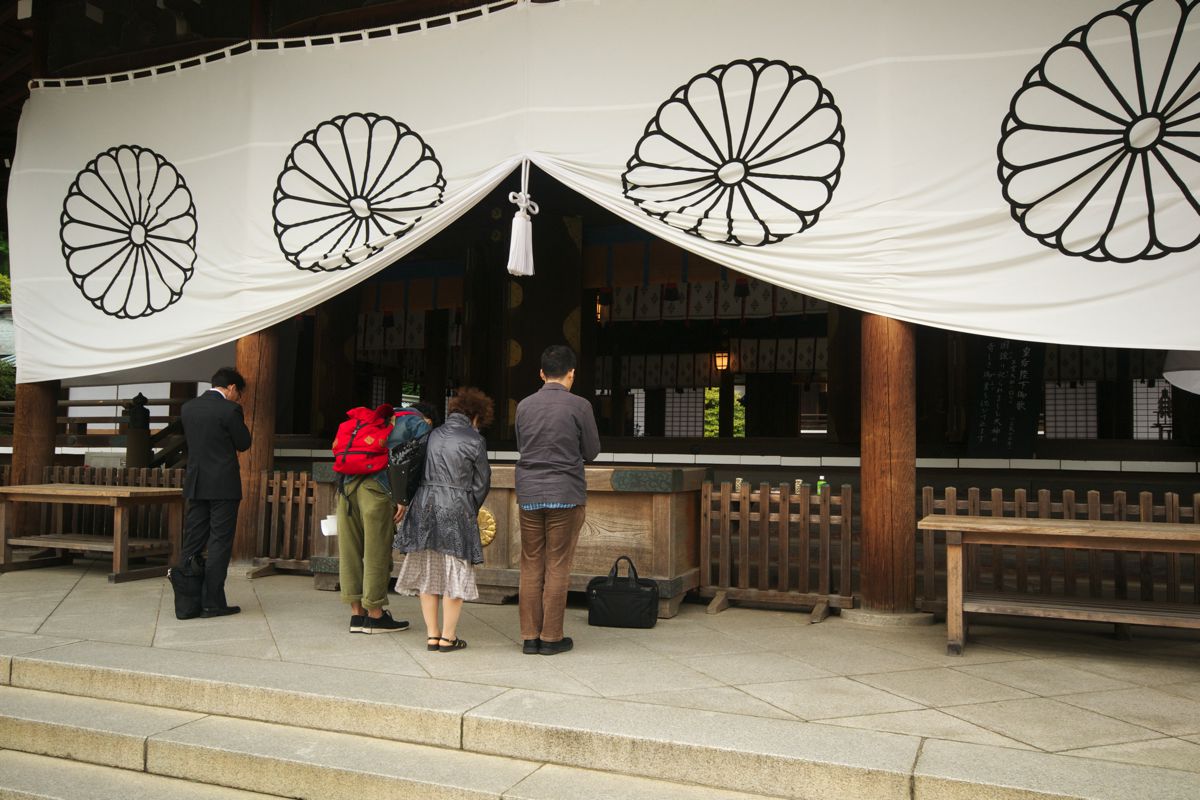 I have to admit; before scooting off to Tokyo last week, I thought the controversy boiled down to nothing more than northeast Asia’s lingering animosity towards Japan, and the region’s general xenophobia. I assumed I’d go there and type a piece on how revering war criminals is, of course, bang out of order, yet most national heroes are complete arseholes drenched in the blood of innocents. 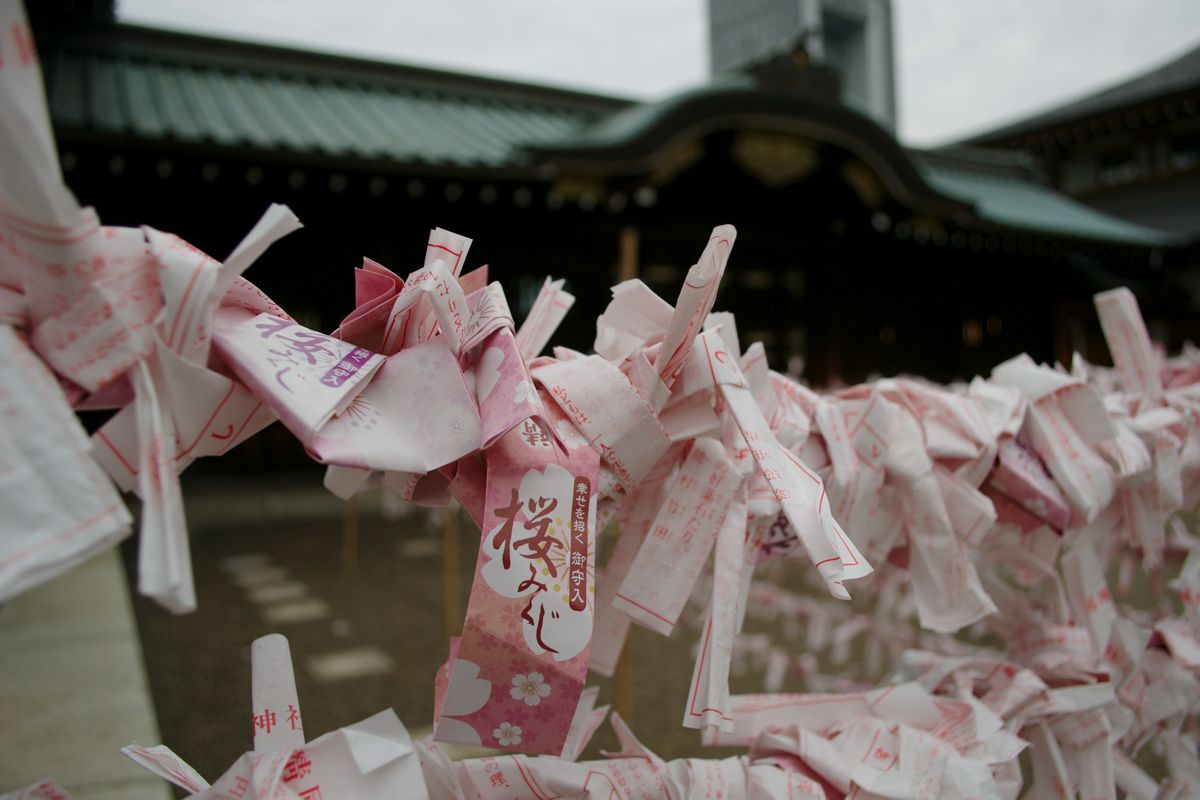 As I expected, the grounds at Yasukuni were peacefully theatrical. The huge iron gates that lead up to the shrine are particularly impressive. I overheard a Korean camera crew filming the shrine and wondered how impartial that report was likely to be. People were praying silently and my blissful ignorance left me quite at ease. It was when I walked into the museum however that I began to see where the controversy surrounding Yasukuni stems from.

The museum is wildly patriotic. It starts off by displaying all the awesome samurai gear you’d expect, but then leaps to the late 19th / early 20th century describing the start of Japan’s overseas Empire. One display shows the western superpowers encircling Japan implying that empire was forced upon it, which to be honest, is pretty much true. However all the descriptions of what lead up to the East Asia War (as WW2 in called in Japan), the annexation of Korea, the creation of Manchuria, the seizing of Hong Kong & Singapore, the bombing of Pearl Harbour etc. are all incredibly vague. Of course, not a word is mentioned of the calamity at Nanking. The most delusional display in the whole museum was a map of Asia that had on it the dates, flags and portraits of all the independence leaders in the region. Under the map was this quote:

“In the early stages of the East Asia War, Japan’s victories inspired the rest of Asia to gain independence from the western superpowers.”

I wondered what people from Korea, Manchuria, China, the Philippines, Taiwan, Hong Kong, Singapore, India, Thailand, Vietnam, Indonesia etc. would think of that statement? Had they not tried to overthrow their oppressors before? Or could they only do that once Japan had showed them how? What about the Boxer rebellion, the annexation of Korea or the puppet state of Manchukuo? 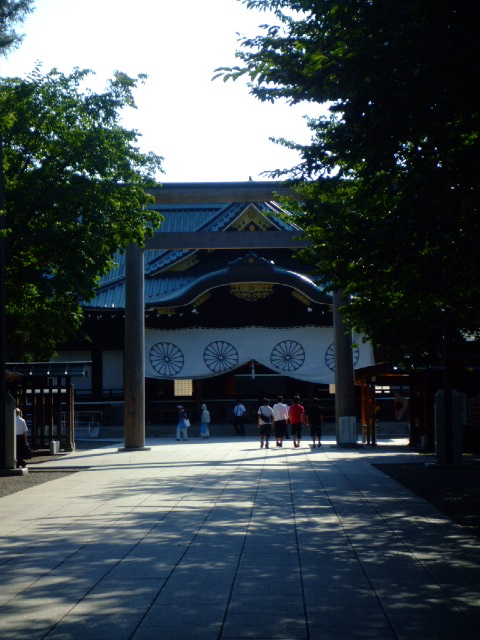 After taking a good long gander at a kamikaze plane, imagining the horrors of the pilot and its target, I had to get out of that crazy place.

I feel bad for singling out Japan here. I hope this article does not seem like an attack on Japan, its people, or even its history. I hope that readers, especially in China or Korea, do not see this as ammunition for their own nationalism. I love China, Korea and Japan equally. Yet I can’t stand the animosity they show towards each other. Of course most people in northeast Asia have put all of this behind them.

And oh yeah, my country (England) is just as shitty and hate filled too. I agree with these guys.

A note from the Editor-in-Chimp: This article was originally published here on Asia Pundits. Do me a favour and read it there too!

“Family life is a human right, let the families in!” Gathered outside the Home Office on Thursday afternoon, a small but passionate crowd demonstrated…