The Democratic People’s Republic of Korea: a socialist paradise guided by the hands of the eternal president Kim Il Sung… or an Orwellian state of impoverished people oppressed by the whims of the world’s only communist dynasty.

Well, it might surprise you to know that you don’t have to be an ex US president, a UN dignitary, or even Dennis Rodman to visit the world’s most isolated state. Quite the contrary actually, for just about anyone can on an officially guided tour. 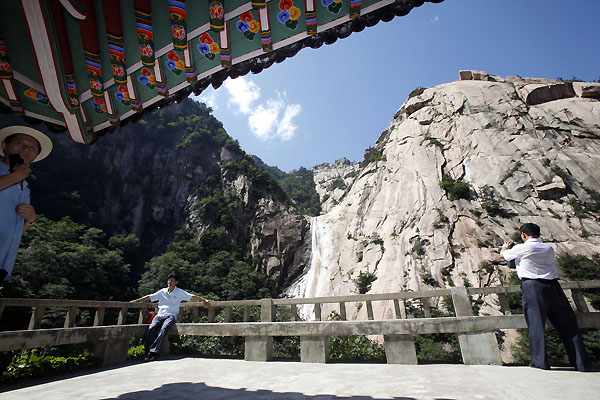 Definitive numbers are hard to come by, but it is believed around 3 ~ 4,000 intrigued Western holidaymakers venture above of the 36th parallel each year, as well as thousands of more Western tourists. As for any danger, who can say? Most horror stories that emanate from North Korea rarely involve tourists, so it’s probably no more hazardous than anywhere else. Obviously, if you plan on dashing across the DMZ or tiptoeing across the Chinese border, then, well, you’ll likely end up in a labour camp for the next 50 years.

The nuclear antics of last year thrust North Korea back into the media limelight, and garnered Kim Jong Un the same cartoon-villain reputation as his father. So any potential plans to visit North Korea will likely be met by desperate pleas from family and friends to reconsider. You’d expect the UK Foreign Office to echo their cries, however their travel advice states “there is currently no immediate increased risk or danger to those living in or travelling to the DPRK.” Though they do add that the situation could change quickly.

“My Cock Is Much Bigger Than Yours!”

As mentioned earlier, anyone wanting to take in the sites of the workers’ paradise of North Korea has to do so as part of an officially recognised tour group. There are actually quite a few such companies operating out of Beijing, due to the proximity of the North Korean embassy and the fact that China is the only place from where you can enter the country legally. 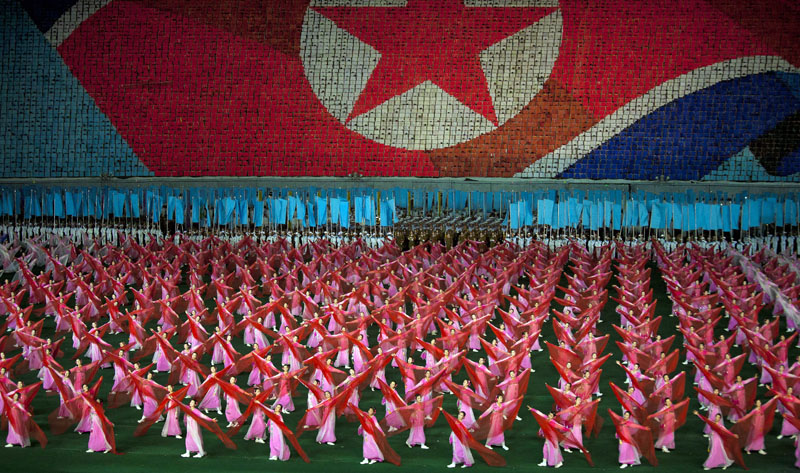 Two of the most renowned specialists offering tours of the DPRK are Koryo Tours, whose connection with the north stretches all the way back to 1993, and the backpacker centric Young Pioneer Tours. Both offer group / individual excursions in and out of the country pretty much year round. Tours are based around North Korea’s national holidays, city breaks in Pyongyang, the elaborate Arirang games, sacred mountains, and of course gaudy communist architecture (including mandatory trips to the statues of Kim Il Sung and Kim Jong Il). The cost of each tour depends on it’s length and time of year but are generally between €1,000 ~ €2,000. Again transportation costs depends on the company. American nationals have no choice but to fly into Pyongyang, while other nationalities can either fly or take the train from Beijing.

It seems things are gradually changing in North Korea as this year marks the first time group tours can visit during the freezing winter months. Also many of the restrictions imposed on visitors have been lifted, meaning travellers can now bring their phones, most cameras, and MP3 players inside. Just don’t bring anything from the South!

The big philosophical question you might want to ponder is whether or not the money you spend inside the country will be used to prop up the regime. The country’s record for human rights abuse certainly raises an eyebrow. However, North Korea’s problems run so much deeper than the few hundred Euros your trip will inject into the economy. The people inside have little to no idea of what goes on in the outside, so anyone visiting the DPRK is essentially an ambassador for the rest of the world. Upon your return home not only will you have traveller bragging rights for the rest of your life, but also a rare insight into the world’s most bewildering nation. 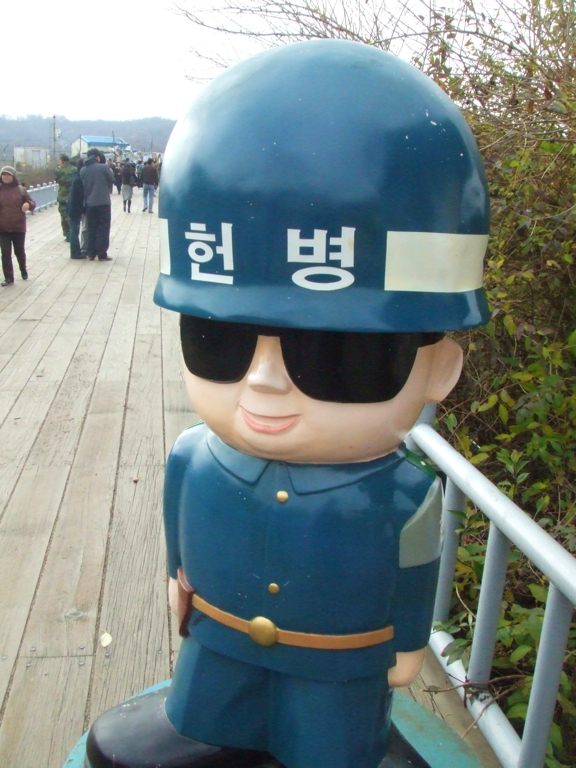 A note from the Editor-in-Chimp: I originally wrote this article for Travel Wire Asia. You can read it there too, if you like.

A couple of things struck me right away upon exiting Kuala Lumpur International Airport. One: The unbearable humidity; and two: The multiculturalism. Having spent…