“I’m sorry. We not have record of you arrival in Thailand,” said the Bangkok immigration officer from behind her glass window. “You must go here day after tomorrow,” she ordered as she handed me a tiny scrap of paper, “See my boss at this address.”

My heart sank. We’d already ran up a massive taxi fare to get here, stood for hours in enormous queues, and filled in so many forms my feeble twenty-first century wrists throbbed for hours. Kyeonghwa, my girlfriend and who’d been furnished with a new passport earlier that day after it had been stolen minutes into our arrival in the capital a week before, quietly began to cry. 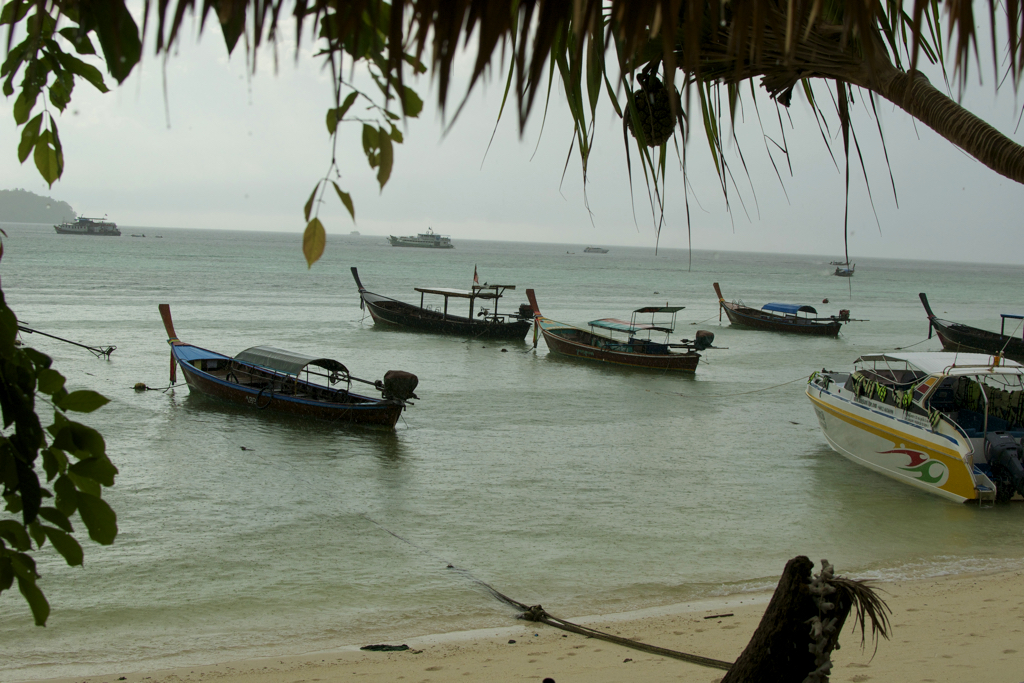 I couldn’t understand; The stamps were right there in our passports. Why was there no record of our entry? Did they think we’d crossed the border illegally? Did they think Kyeonghwa was a North Korean defector? Were the police about to burst in and rough us up in some god awful prison cell…?

The immigration officer squinted over her glasses and saw Kyeonghwa crying. “Where you enter Thailand?,” she enquired. Ko Lipe, I said clearing my throat, On a ferry from Langkawi. “Wait here,” and she snatched our passports back under the window.

How I wished we were back on Ko Lipe now, basking in blues of the Andaman sea, far, far away from this bureaucratic hell. 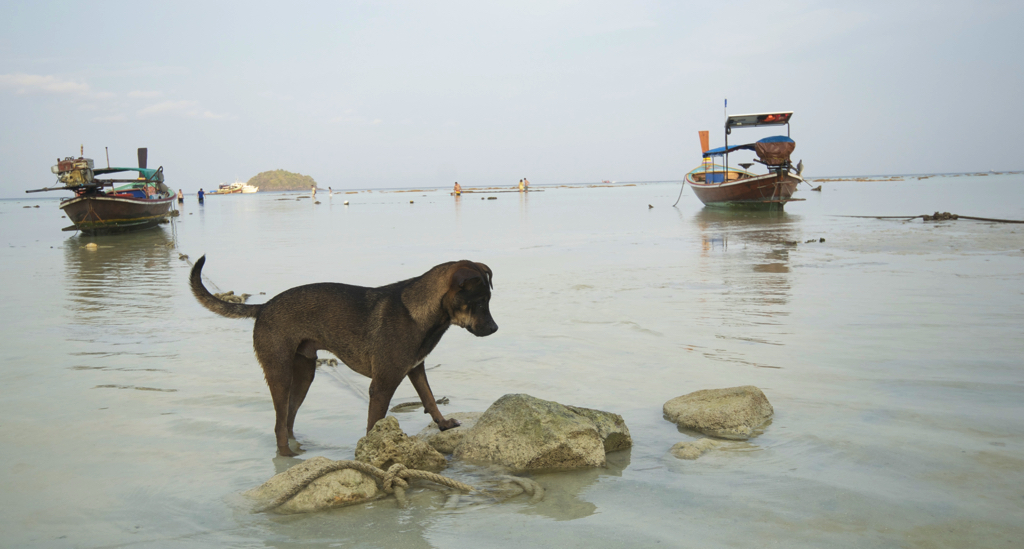 The Andaman sea is a relatively small body of water that sloshes around between the coasts of Thailand and Myanmar, the very top of Malaysia, and a few scattered Indian islands before it crosses an imaginary line and becomes the vast Indian Ocean.

I’ve never arrived in a country quite like the way we arrived in Thailand. Our ferry had blasted us across from Malaysia’s Langkawi to Thailand’s most southern island, Ko Lipe in two hours.

We docked on what turned out to be a floating platform way out from the shore. After we were piled off the ferry, a couple of shirtless thai lads managed to cram all 50 passengers onto two much smaller longtail boats (which are – for anybody unfamiliar with Thailand – 15 foot wooden vessels with elongated pole-like engines sticking out the back).

The Andaman is pretty gorgeous

We were sped towards Ko Lipe’s south beach, but the boat came to a stop before reaching the sand and a small ladder was slung over the side. Our skipper gestured at us to jump overboard into the sea and to walk through the surf up to the beach. After our bags were thrown onto the sand, the skipper’s eight-year-old son led us all to a small shack where an official (in a t-shirt and shorts!) stamped us into Thailand.

More accustomed with the Orwellian immigration procedures of Korea and the UK, I was both shocked and deeply moved by the lack of officialdom, and relaxed attitude of it all. This is how everyone should be greeted into a country: not with bleak queues to surly officials, but with sunglasses, sand between your toes, and wide toothy smiles. 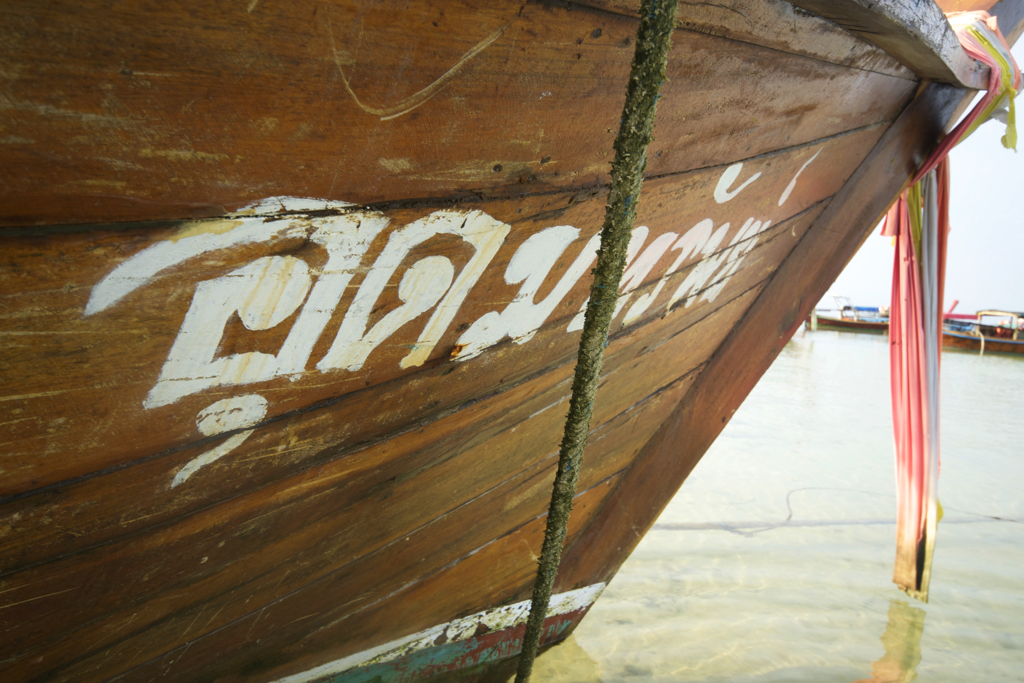 How soon is now?

Life in the Andaman is taken at an untroubled pace. Over the next two weeks, as we scuba dived, kayaked, motorbiked, tuk-tuked, and island hopped the Andaman, we got into the swing of things. We found that ‘soon’ was a rather more flexible term than we’d previously thought.

If you’re planning on visiting the Andaman, I’d suggest starting in Langkawi, the jewel of Malaysia. Head over to Ko Lipe and experience its ethereal sunsets at low tide. After, blast up to any of the Trang Islands and climb their other worldly karst peaks and or seek out hidden beaches. Next saunter up to hippy Ko Lanta and do some serious chilling. The Phi phi islands are nearby and Phi Phi Lay national park is unbearably beautiful. You could check out Phuket, but Ko Chang might be the most relaxed place on Earth. 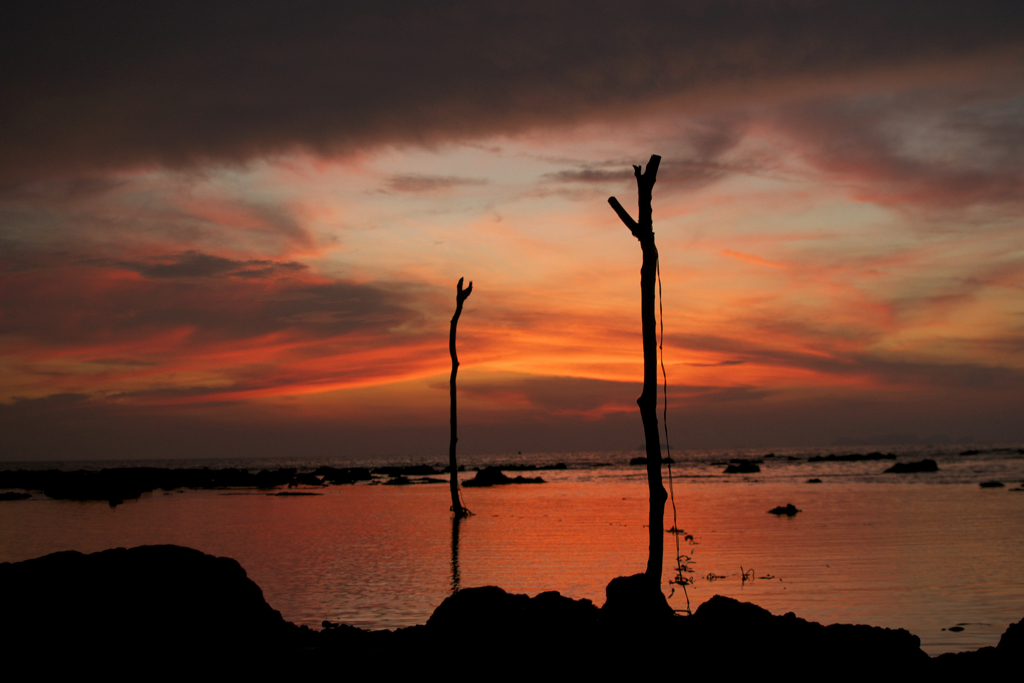 Tigerline runs speedboats to everywhere in the Andaman (August ~ May). It’s possible in the off season to hire a longtail boat to whisk you pretty much anywhere else.

We never found out what the problem with our passports were. After a tense 30 minute wait the immigration officer reappeared all smiles as if nothing had happened and handed back our passports with all stamps and visa extensions we’d applied for. We suspected the problem had its origins in the chillaxed arrival in Ko Lipe. Whatever, we were free now.

A note from the Editor-in-Chimp: This story was originally written for 10 Mag. You can read it over there as well, if you like.

Before spring’s beautiful embrace makes way for the crushing humidity and biblical rains of summer, get yourself some wheels and venture forth to Gyeongsang…