I shuffled in ahead of my friends to a bathroom full of bare-arsed Japanese salary-men getting ready for another gruelling 16-hour shift. I lumbered my naked, hulking frame under a vacant shower, turned the tap and was enveloped in freezing water. Suddenly, there was a small cry and a hand seized me round the left arm. I was in no state to defend myself, and wondered if my ass was on the menu…

Shinjuku: A Throbbing Vein of Sleaze 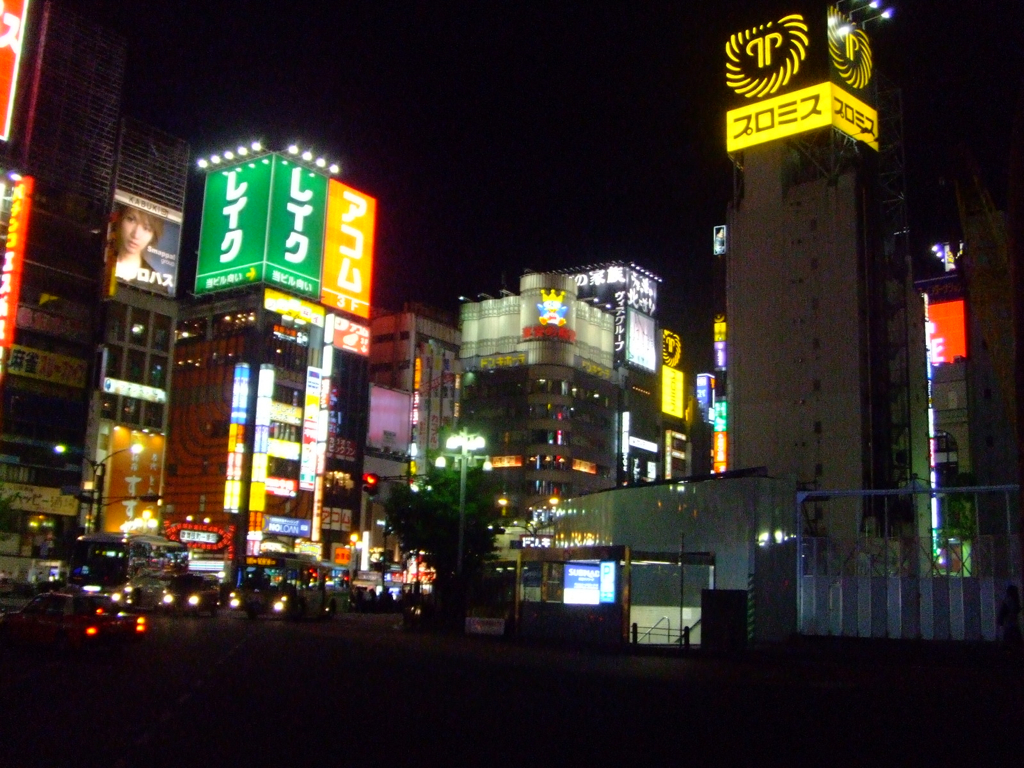 Shinjuku… for all your pervy needs

A few years back, my friends Steve, Jonny, Marc and I blasted across the seas to the fluorescent lunacy of Tokyo, for four precious days away from the screaming children at our respective hagwons.

The first few days were full of all the usual touristy trite: the Shinto, the sushi, the samurai, and all that shite. On the penultimate day, however, it dawned upon us that there’d been a significant lack of J-girls involved in any our shenanigans. Staring at the fabulous Gyaru girls tittering around Shibuya in their bleach blonde, short shorts finery only added to our misery. Knowing something had to be done we headed to Shinjuku, Tokyo’s throbbing vein of sleaze, hoping our malaise would be remedied there.

We hit Shinjuku a little too hard that night, and to this day, I remember little of what happened. The images captured on my digital camera tell of a furiously debauched evening of shady nightclubs, expensive alcohol, and lecherous attempts on Japanese women. Alas, the ladies were, quite understandably, not at all interested in the four of us. 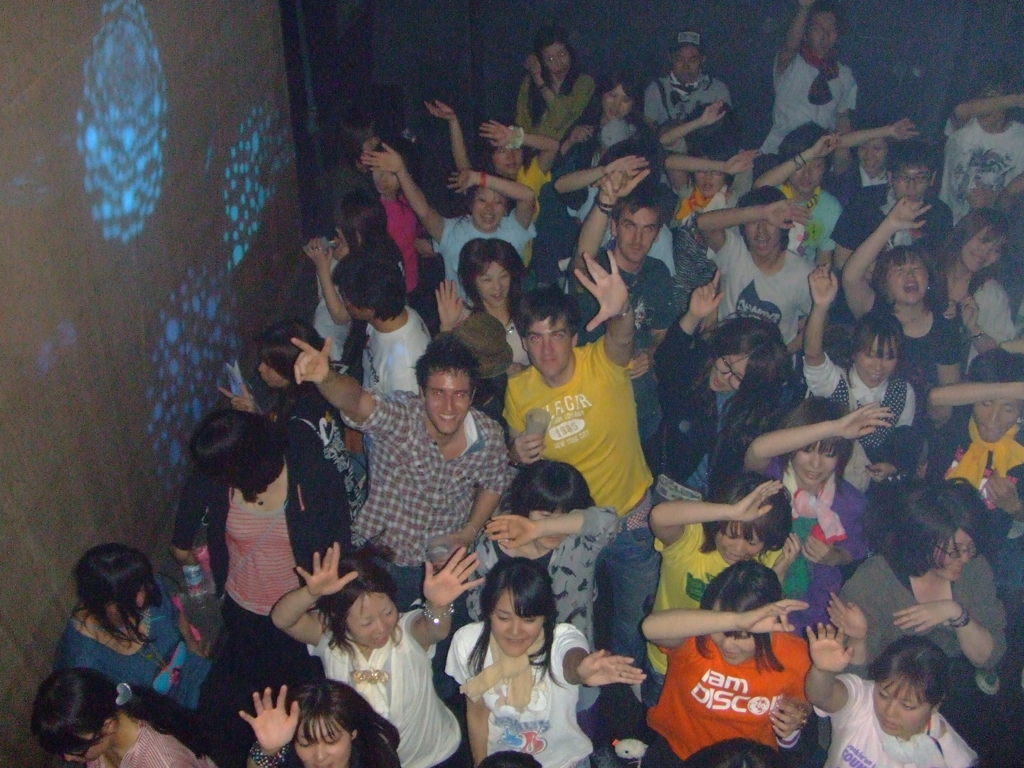 Waking up was not pretty. I couldn’t have slept for than a few hours but checkout time was at the ungodly hour of 10am, and awfully soon. For a few moments everything was well, expect I had awoken in a stuffy, six-foot, plastic box. Just as the confusion of my present location peaked, so did a tremendous hangover, which announced itself by rumbling deep within my head, stomach and bowels. Why had I insisted on staying in a capsule hotel? 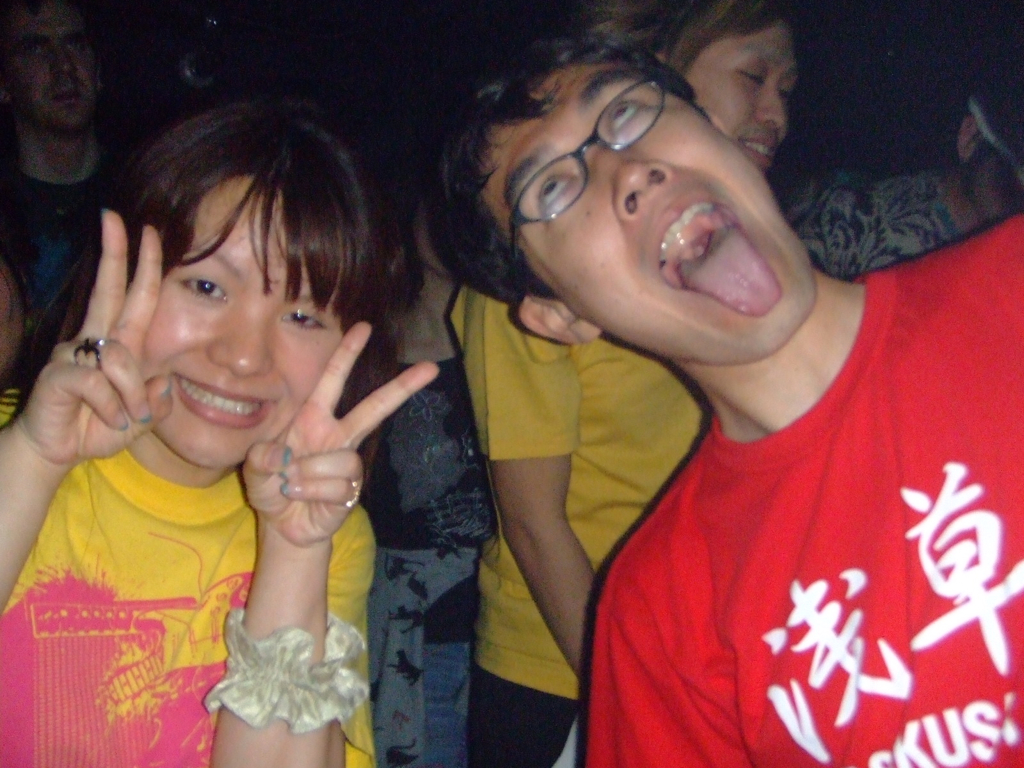 Beyond the curtain at the foot of my bed, I heard Jonny and Steve planning a sortie to the bathroom. Not wanting to face the horrors of the morning alone, I shuffled up to the exit bashing limbs and knocking shit everywhere. I lifted up the curtain and fell the three-feet to the floor. Keeping whatever was lurking in my stomach inside was an incredible feat on my part. 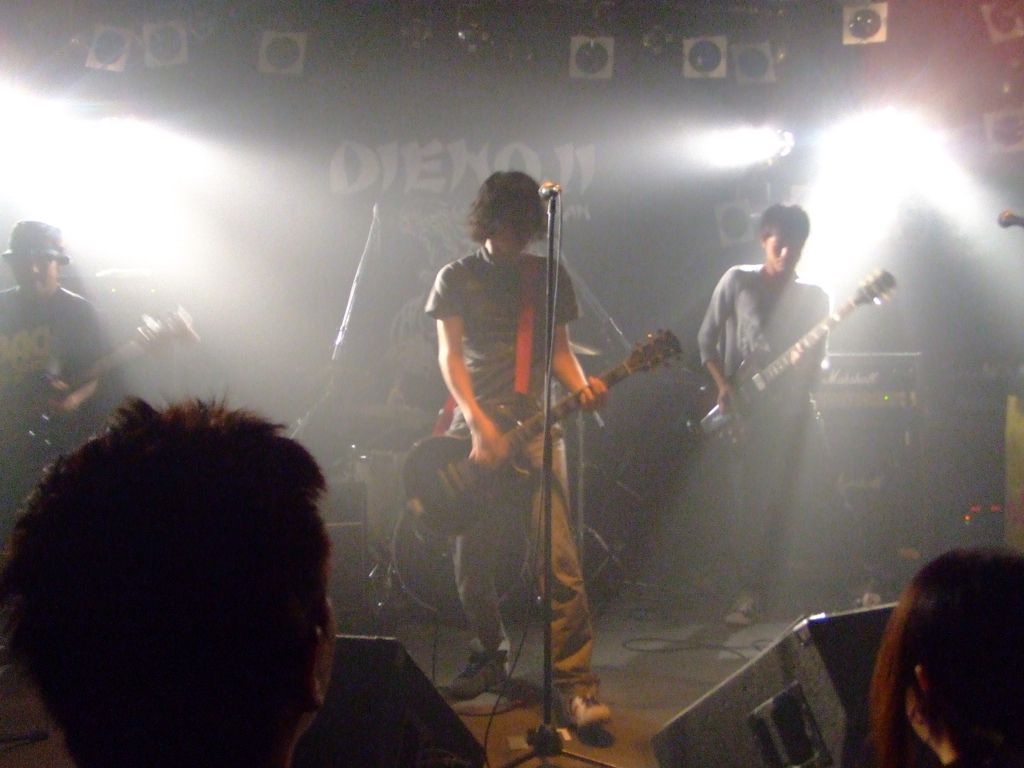 They were probably good…

Marc, still wearing his shoes and booze stained clothes, was comatosed. We abandoned him and stumbled towards the showers in silence. Every step of the journey churned my digestive organs, and rocked the mush of my brain. Fortunately, the torture of walking distracted me from the evening’s reckless expenditure. How much had I drank? 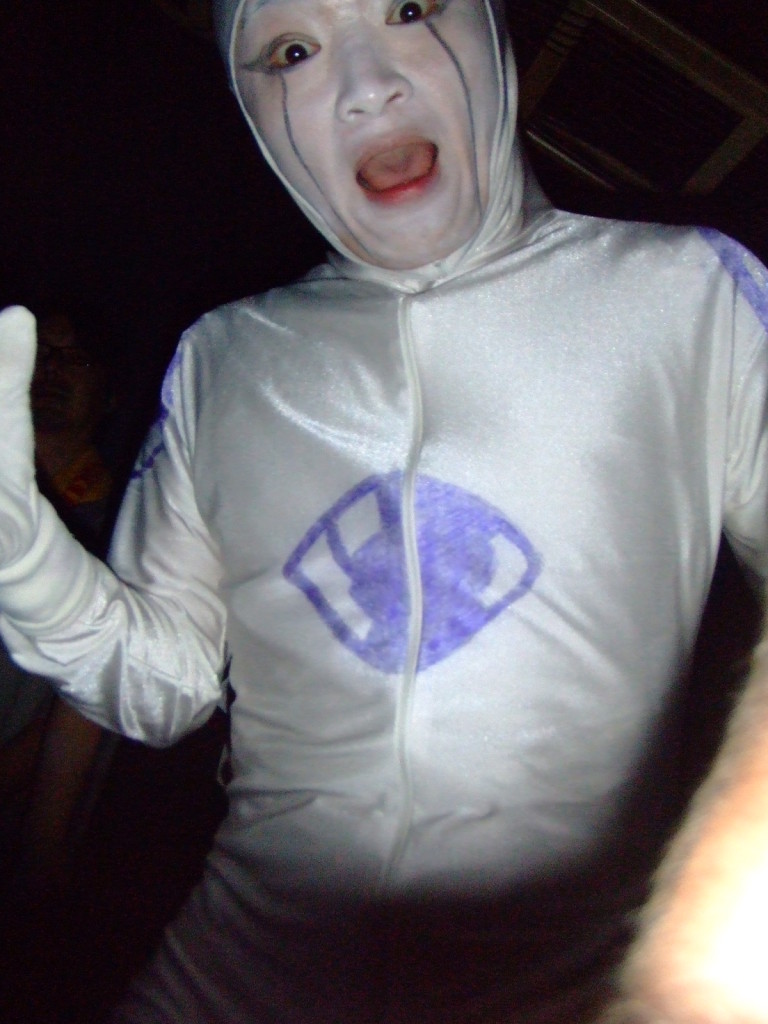 How would you feel if he showed up on your camera?

We’d already judged the size of our respective manhoods earlier in the trip, so disrobing in front of each other was fine by now, though in our current state we didn’t much care anyway. I crammed my clothes into the locker and shuffled off to the public bathroom…

I turned slowly to look at the hand clutched the top of my arm. It belonged to a young, nervous looking guy, and the only fellow in the bathroom wearing any clothes. Not a rapist, then, I figured, but a member of staff. Phew! I could see he too was nervous grabbing a drunken foreigner. 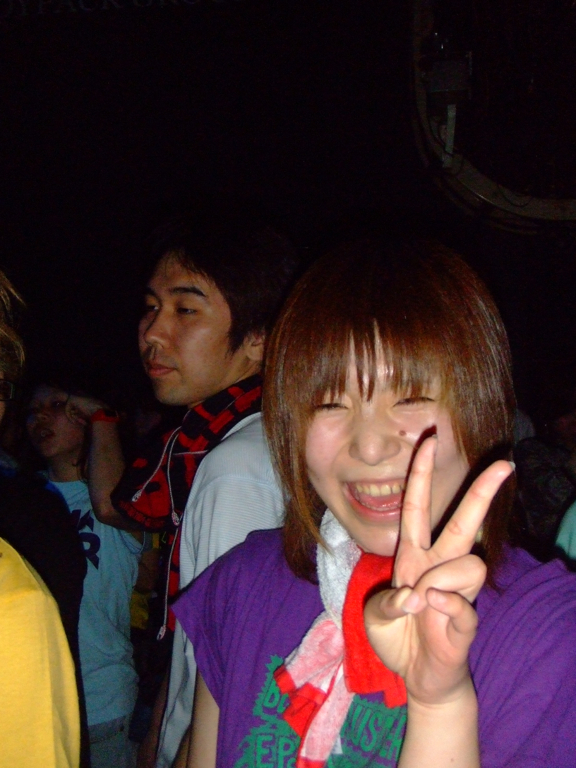 Soft syllables emanated from the mouth of the skittish man holding on to me. I stood dripping wet and impotent, confused by the whole process, until the penny dropped. The young man wanted me to leave.

The utter crapulence of my condition rendered any resistance futile. The man escorted me out the door and past my friends as they lurched in. Reunited with my locker, the attendant stood on guard as I got dressed and organised my things. 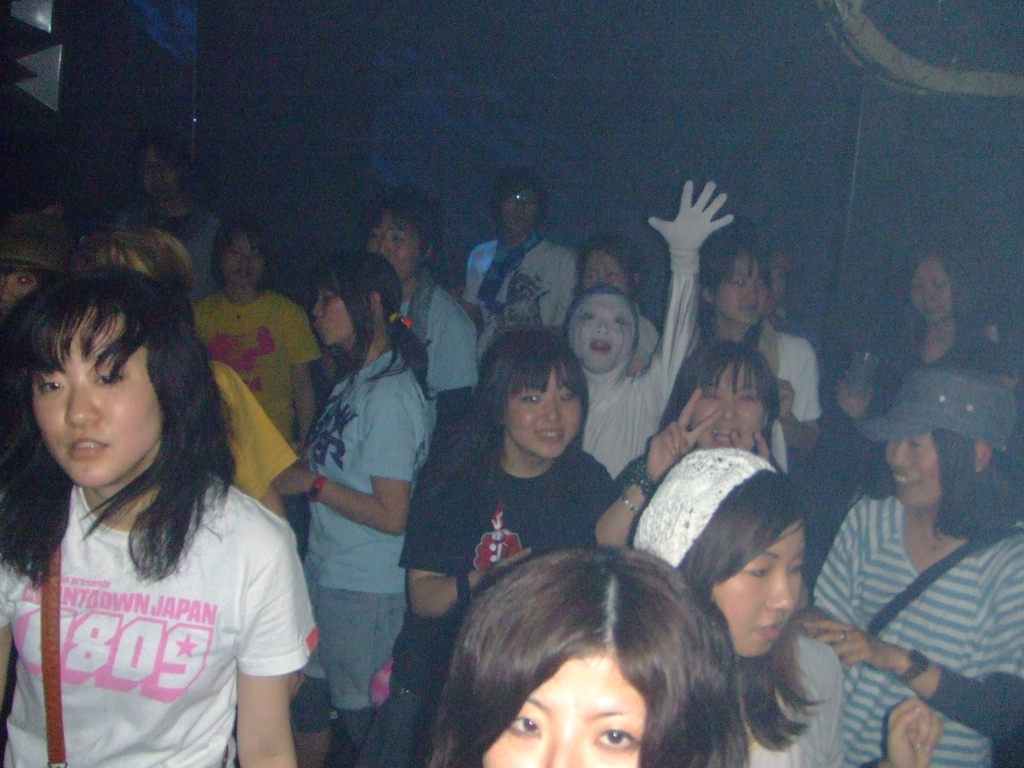 I was then frogmarched downstairs to the front desk, where the apologies continued to flow. By this time I was perplexed by the whole ordeal and wondered just who had wronged who. My puzzlement was short lived though as, amazingly, the receptionist handed back my dirty rotten yen, bundled me into the lift and pressed the ground floor button.

Had my head not been swamped with booze, I might have felt something akin to shame. 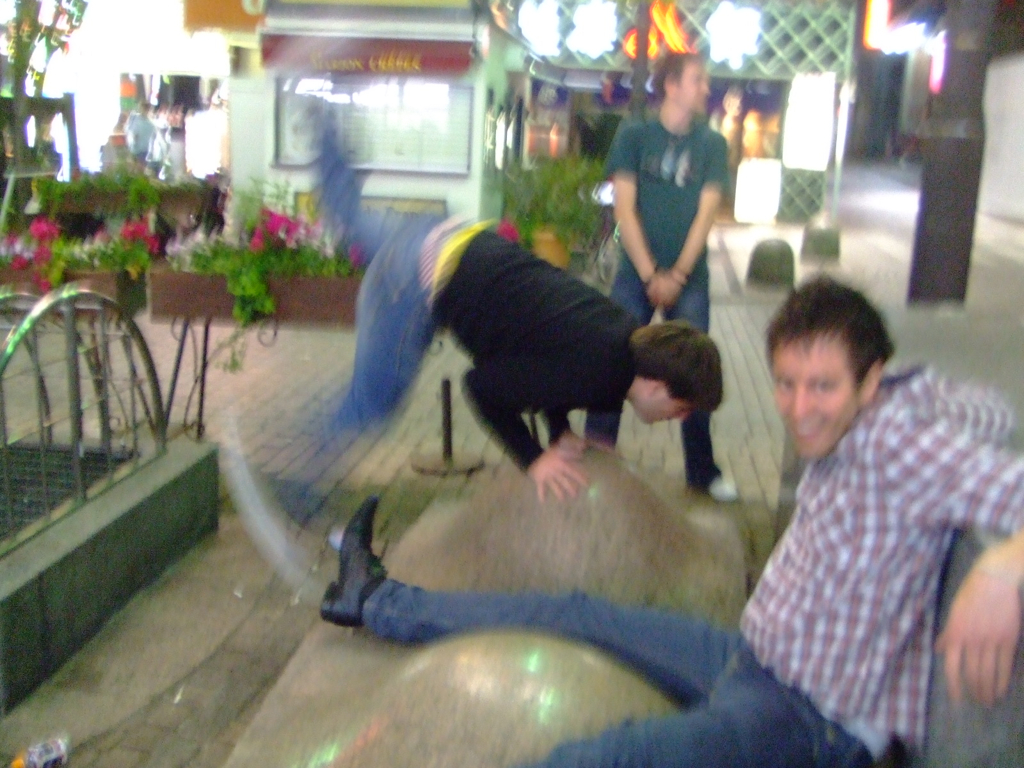 I’d always thought of myself as a fairly upstanding and respectful tourist, not like the boozed up Brits you see on those car-crash documentaries. Sure, the booze must have emanated from my pores mightily that morning, but what had I actually done to warrant a kicking out? And why were my mates, who were equally as wasted, still inside? By this point they were probably fully enjoying the sauna, the bastards! 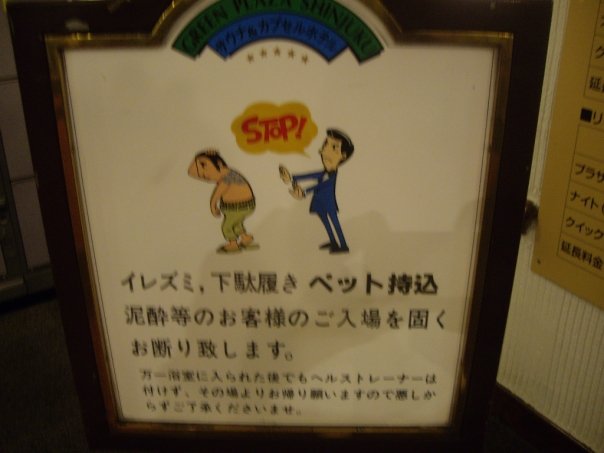 I didn’t want to see the state my face was in but the lift, covered in mirrors, left me no choice. I might have smelt like a hobo but at least my hair was still wet and could be half-styled. It was then that I noticed a small sign depicting a cartoon yakuza goon covered in tattoos being shown the door. Underneath, in uncharacteristically correct English, it read: “No tattoos whatsoever!” So that was it! The shitty tattoo on my left arm had marked me out as an undesirable miscreant. I knew it couldn’t be the booze!

I must admit it felt a little bit rock’n’roll to be kicked out of a hotel. A smirk cracked across my lips forcing me to cough uncontrollably. The lift lurched to a halt disgorging me and the contents of my stomach on the ground floor.

Maybe they were right to throw me out after all.

A note from the Editor-in-Chimp: This post was originally posted here on Asia Pundits. Be a dear and check it out there, would ya?

Nine years ago my sister, Jasmine De’Ath, took off to Malaysia and undertook voluntary work in an elephant sanctuary. By working in this rural…