Freddie Mercury never made it to Busan. Though I’m sure if he did (ignoring the impossibilities of time travel and necromancy), he’d want to get on his bike and ride… along the Oncheon stream! So with spring in the air, it’s about time you too got your fat bottom on a bicycle and cycled through Busan’s urban jungle. 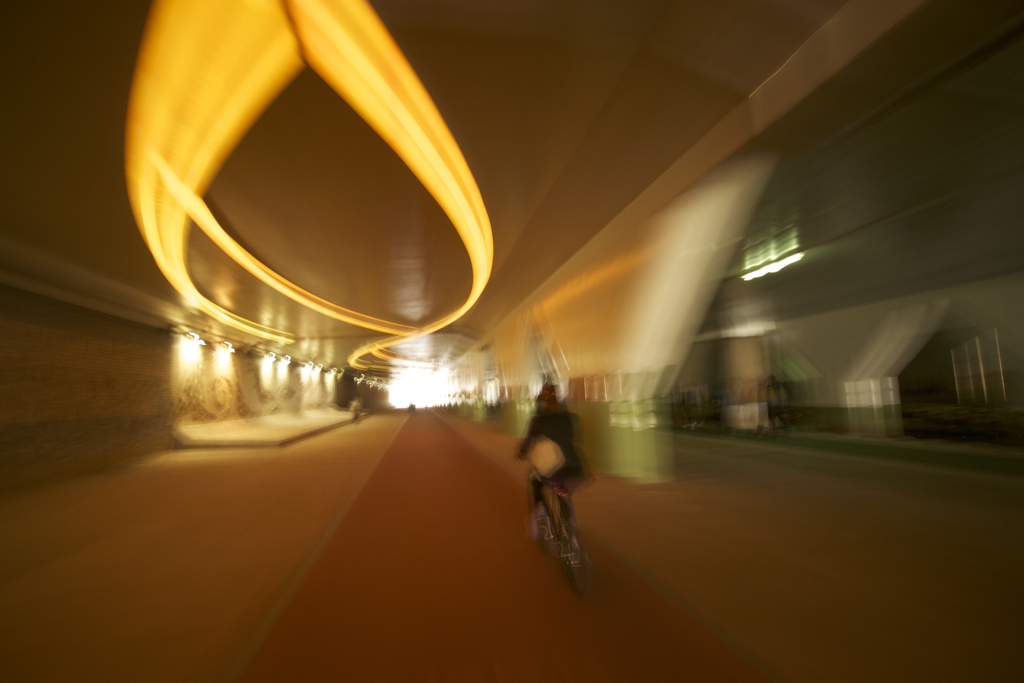 A small stream in Busan

The Oncheon stream (온천천) should really be considered as Busan’s Central Park. The stream meanders on for 10 glorious kilometers, under the fading browns of the subway, beside apartment blocks and mountains stretching out in the background, before joining the Suyeong River near its mouth. Along the way, stepping-stones cross the water, reeds poke out towards the sky, and revellers in all the gear strut on by. Despite being within sight of some of the city’s most ghastly roads, the Oncheon stream harbours a fair amount of serenity. 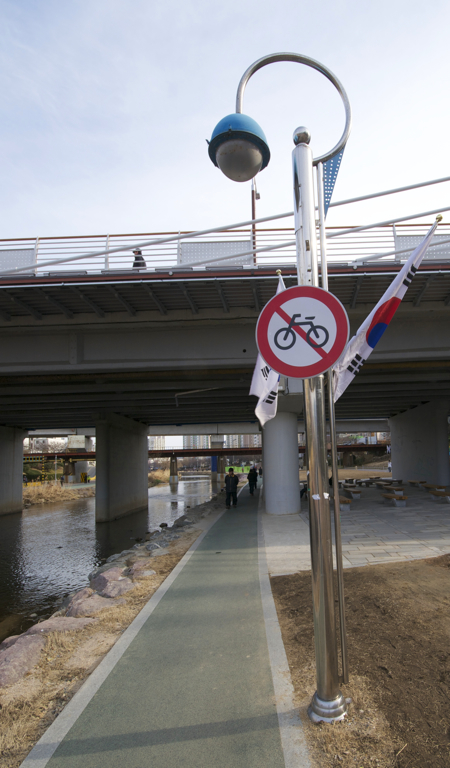 Oozing down from the Geumjeong mountain range, the stream flowed on for thousands of years until Korea’s meteoric urbanisation all but filled it in with hideous concert. Rectifying this grave environmental blunder 10 years ago, the city pumped in money, as well as water from the river, and re-developed the area into a promenade that rivals the Cheonggyecheon stream in Seoul. 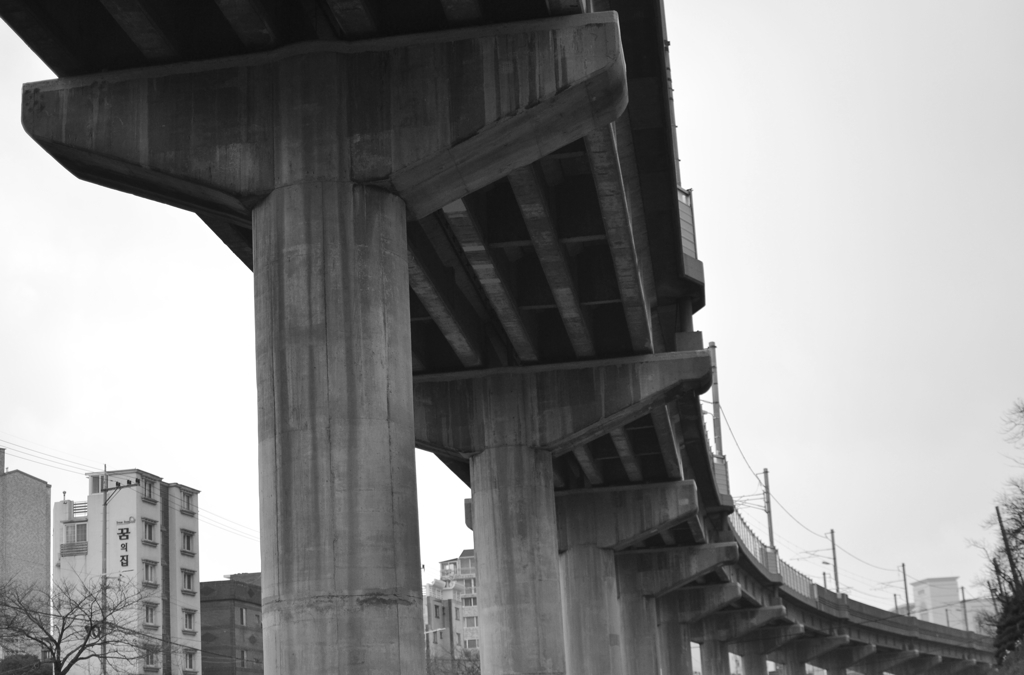 Beside the stream are cycle and walking paths, badminton and basketball courts, and those bizarre exercising gyms the old folk use. City rejuvenation in Korea often involves some sort of art, and the Oncheon stream has been decked out with it. The undersides of subway stations the stream flows beneath are lit up with funky wiggling lights, and whole sections of wall have been given over to street art; particularly down by PNU station (부산대역).

City legend has it that a beaver was once glimpsed frolicking around in the waters after the redevelopment, however you’re more likely to spot ducks, herons and other fowl congregating where the stream meets the river. Due to the unfortunate placing of a sewage plant, it can get a bit pongy down there, too. 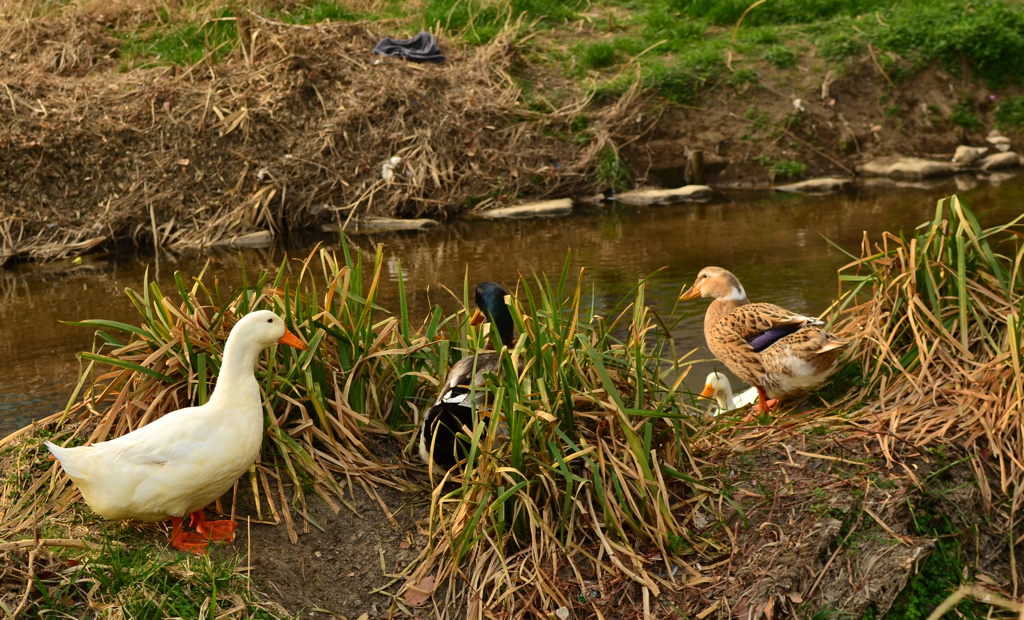 There are numerous places to start an expedition down the Oncheon stream, depending on how long you wish to cycle. Get off at Namsan station (남산역) (Line 1) if you want the full 10km experience, though any station between there and Dongnae (동래역) will also do. 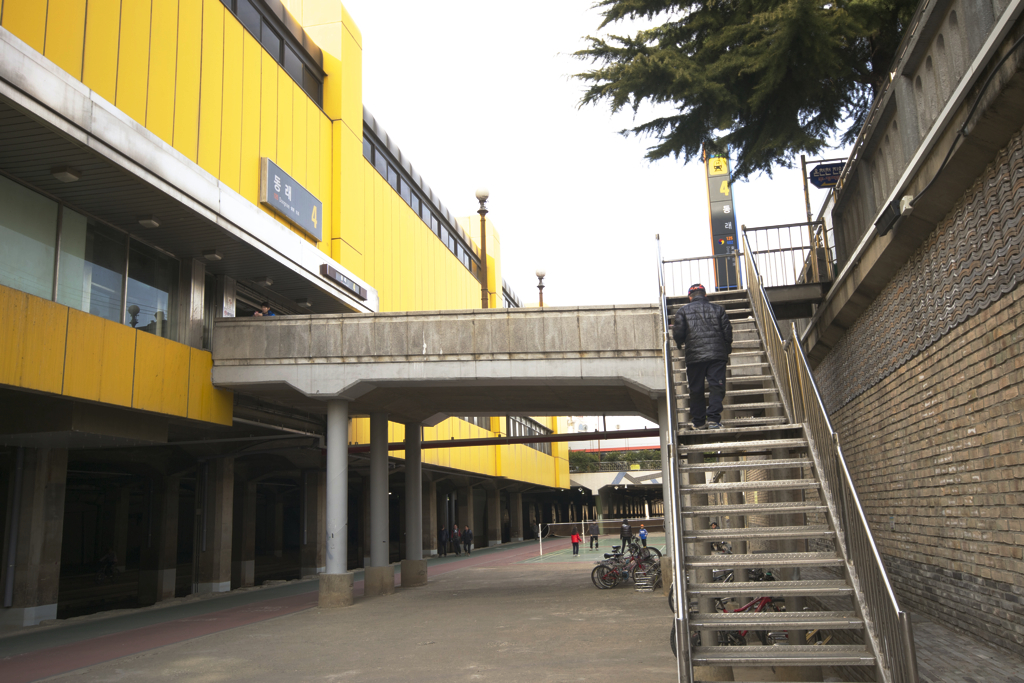 Despite its length, the journey is easy, and should probably take around an hour-and-a-half at a leisurely pace. Watch out for flocks of aluminous ajumas and ajoshis with their dogs and grandkids who might not necessarily be so observant of the bicycle path.

Bikes can be rented for free below Dongnae station between 9am~5pm. It’s also possible to take your bike on the subway on the weekends. Use the lifts and the last / first carriage of the trains. 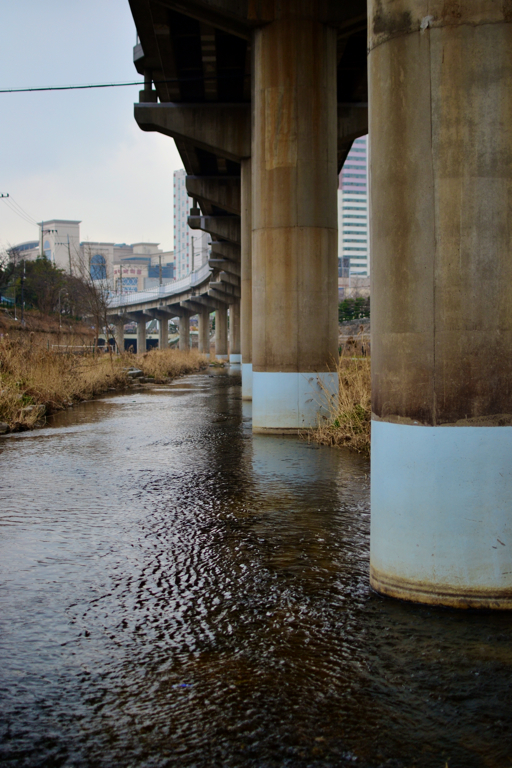 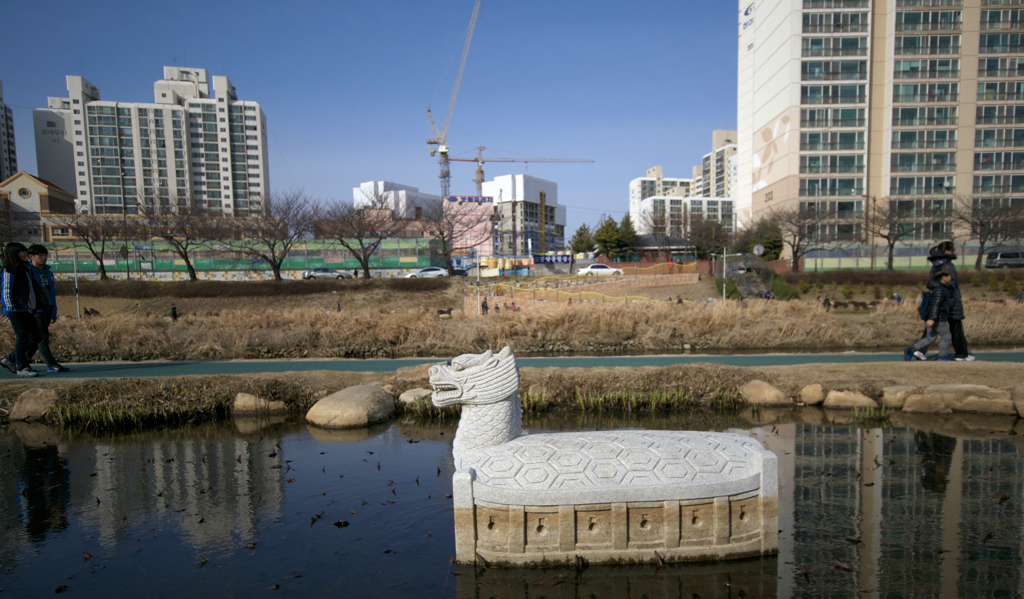 Should you get all sweaty and gross from the journey, the path goes right past Spa World, which is inside the world’s largest department store, Shinsaegae. Keep an eye out for a bridge with a pair of killer whales jumping through it, go across and you can’t miss it. Otherwise keep going down the river and you’ll pass the heights of Marine City and on to Gwangan-li Beach. Stop here for food, drinks and a chill in the sea. 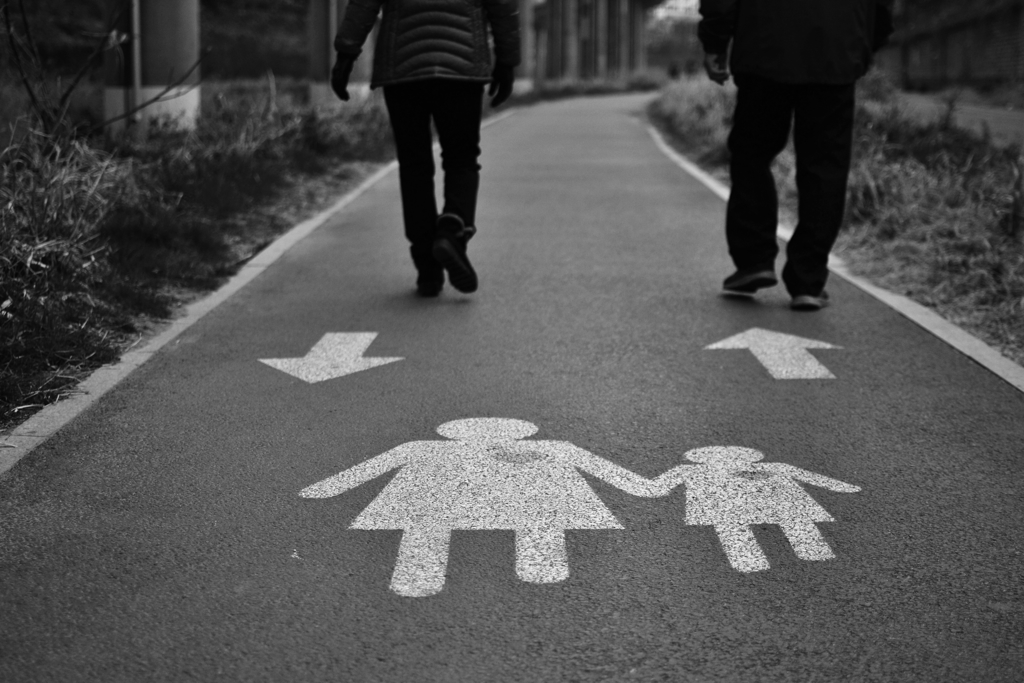 A note from the Editor-in-chimp: I originally wrote this for 10mag. You can read it there, too!

A couple of things struck me right away upon exiting Kuala Lumpur International Airport. One: The unbearable humidity; and two: The multiculturalism. Having spent…