Sauntering around Ayutthaya’s historical Unesco awesomeness sounds like a good idea. And it is! There’s loads of overgrown ruins, headless statues, meandering elephants, and serene buddhist thingamajigs to check out. But fuck me, if it ain’t the hottest most humid city in Thailand; Plus the modern parts of the metropolis aren’t that nice to walk around, anyway.

So, in order to avoid both the urban eyesores in between all that historical awesomeness and the heat stroke that comes with walking around, you could join a bus load of tourist (no way!), or hire a tuk-tuk-man (not a bad idea). But the bestest tourists, the ones ready to grab Thailand by the balls, get around Ayutthaya on two wheels and sowing machine engine, a.k.a a moped! 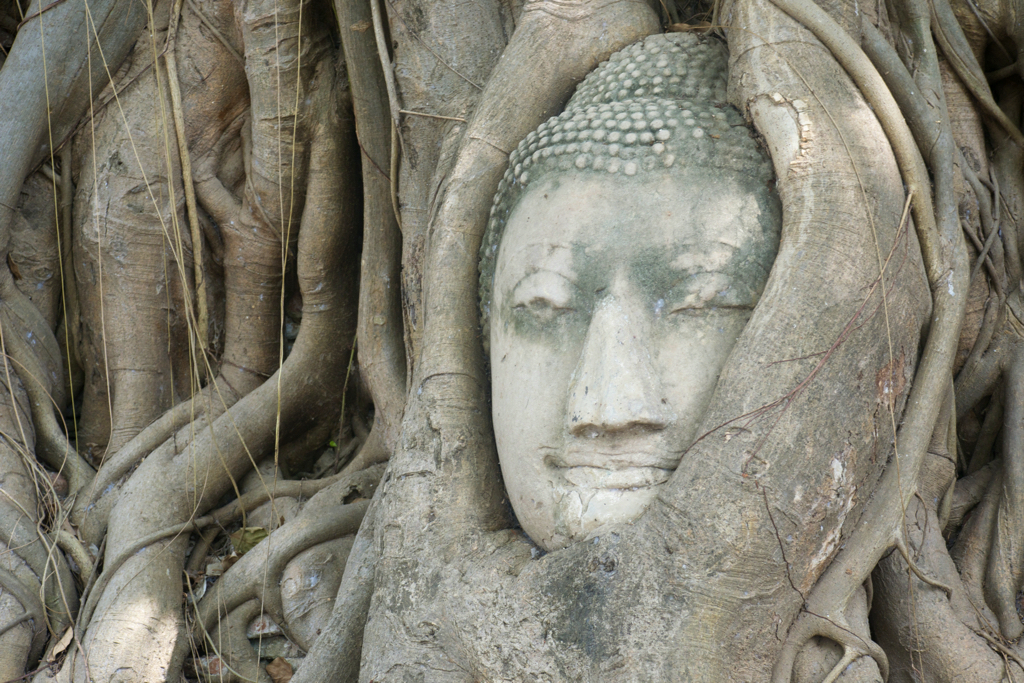 Wait! Before we go any further into this here article, the obvious must be stated:

Make sure your travel insurance covers you and your passenger for motorbikes!

The roads in Thailand are as safe / dangerous as everywhere else in Southeast Asia, but you do not want to be whacked with a massive hospital bill should you careen off the road or headlong into a elephant…. Got it? Good, let’s continue. 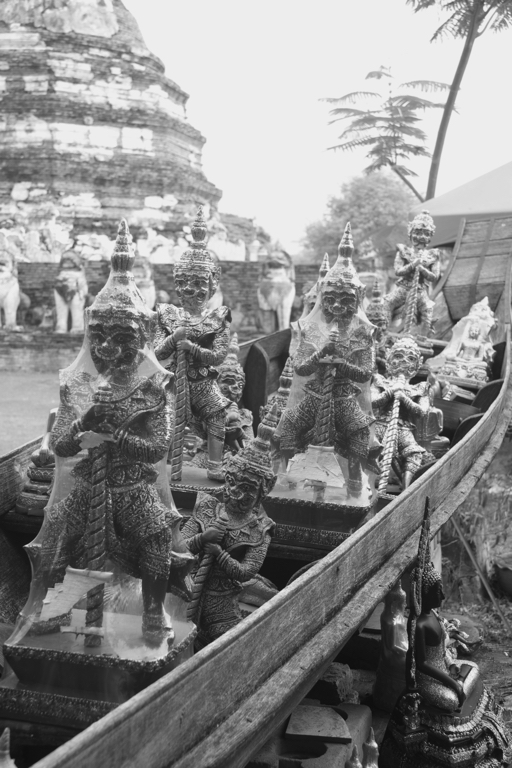 Getting a moped is pretty straight forward. Just ask someone from your hotel / hostel. They’ll either have their own mopeds to rent or know someone who knows someone who knows someone that has one. It’s also a good idea to check the bike out before you pay the deposit and take any pictures of the knocks and scratches already there. Watch out for this common scam! Make sure you have helmets and a crap-load of suntan lotion and bottles of water. Drive slowly and you should be fine. 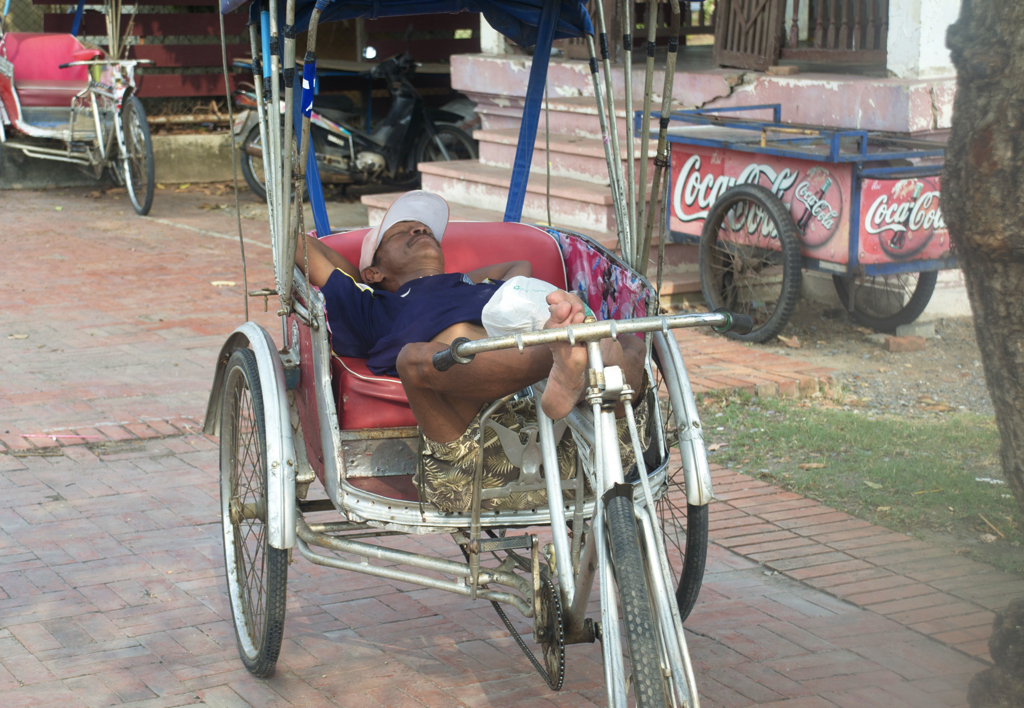 Take it easy, this is Thailand! 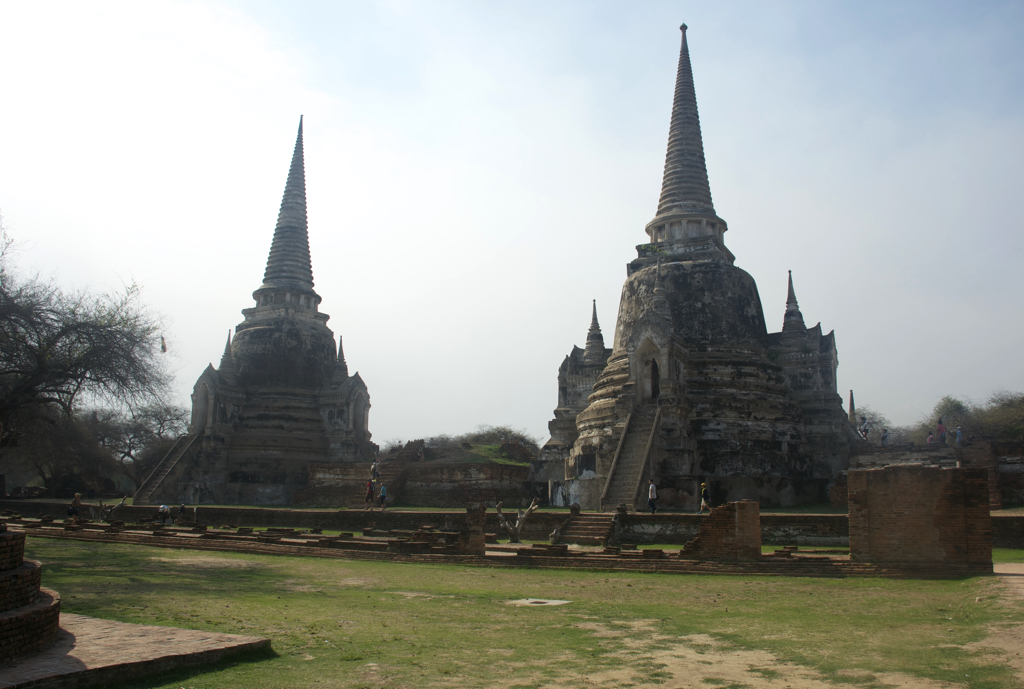 Wat Phra Sanphet: This place was once the Siamese capital

The city was once the glorious capital of the Kingdom of Ayutthaya, which reigned much of the same territory as modern day Thailand from around the 1350s to the late 1760s. The kingdom rose to power by crushing its smaller neighbours and chipping away at the might of Angkor, which had traditionally been the big-swinging-dick of the region.

In its heyday Ayutthaya was said to be extremely opulent, a cosmopolitan centre of trade, and carved up by canals which linked the city to the Chao Phraya River and the Gulf of Thailand. Its absolute Hindu-Buddhist god-kings held considerable economic sway and military might in the region for hundreds of years, until a vengeful army from a Burmese kingdom decided to burn it to the ground in 1767. 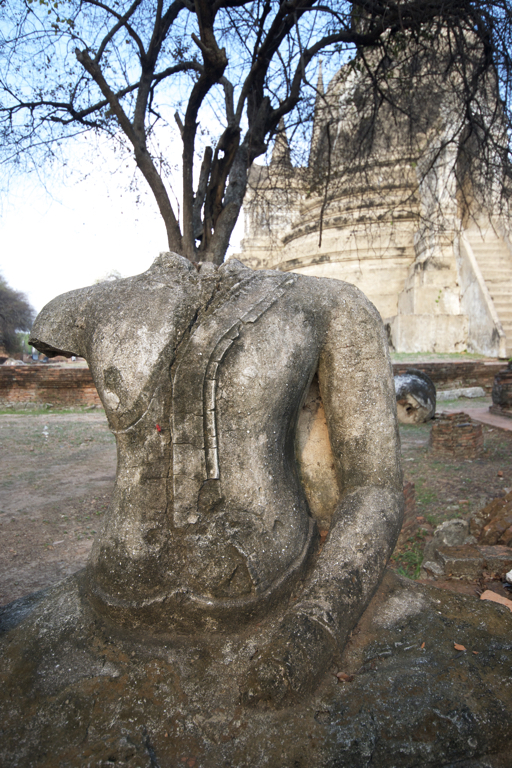 Wat Phra Sanphet: When the Burmese invaded they decapitated most of  Ayutthaya’s statues

Not ones to be held back, the Thais crushed the Burmese invaders several months later forcing them back to their own borders. The victorious general Taksin the Great had himself installed as king and a new capital city rebuilt roughly 80kms downstream.

…Most Thais just call it Krung Thep, though Bangkok is even easier to say. 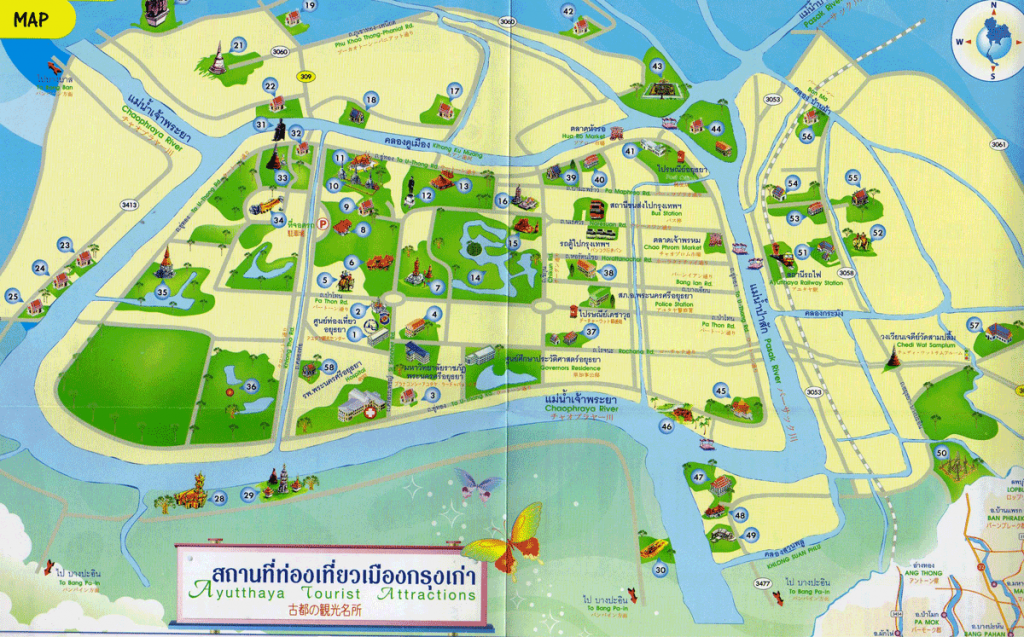 You probably won’t notice it, but back in the good ol’ days, the city was based an island in the Chao Phraya river. Unfortunately the twentieth century’s obsession with massive roads obscures this a bit, but don’t be discouraged, the ruins have been well protected and city seems far away when you’re in and amongst them.

To be honest there are far too many ruins, Wats, etc. to list. Probably the best place to start is the museum, so as to get a better understanding of what it is you’re actually looking at. But if, like me, you’re not really arsed about any of that, the best thing to do is jump on your bike, cruise around and see where the roads take you.

Here are four place you should not miss out: 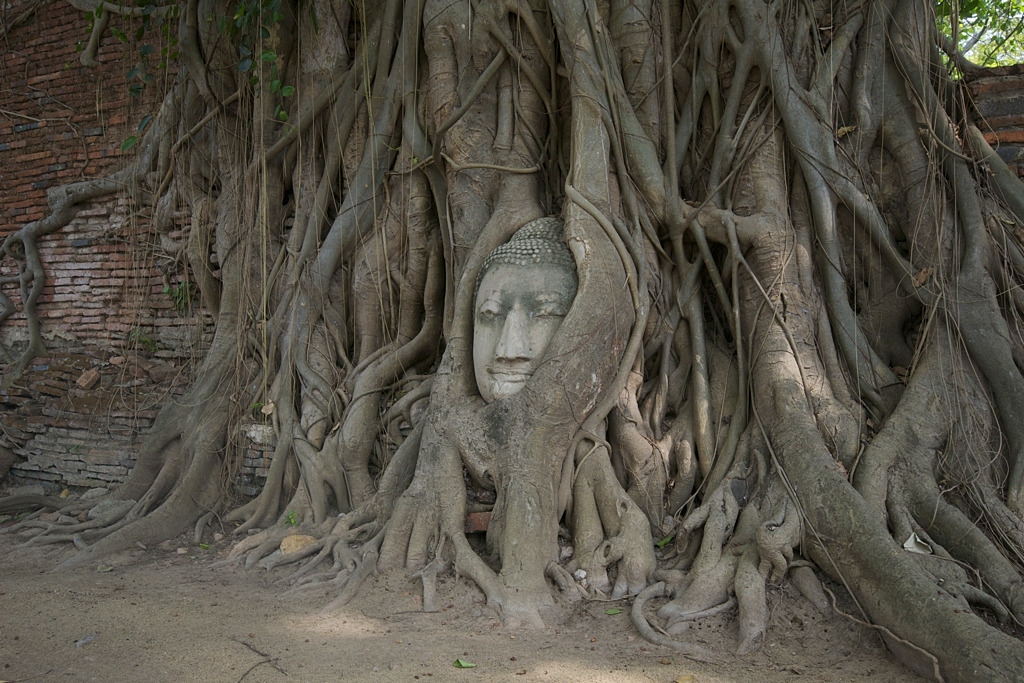 No one quite knows how this buddha’s head got so entwined in the tree. Whatever, it is most tranquil 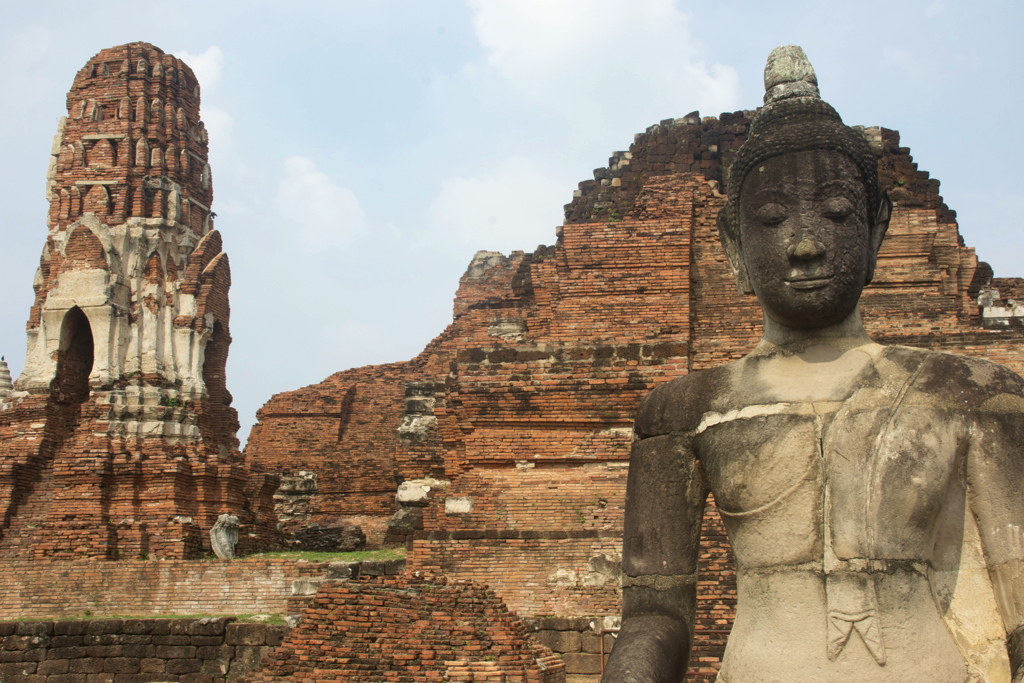 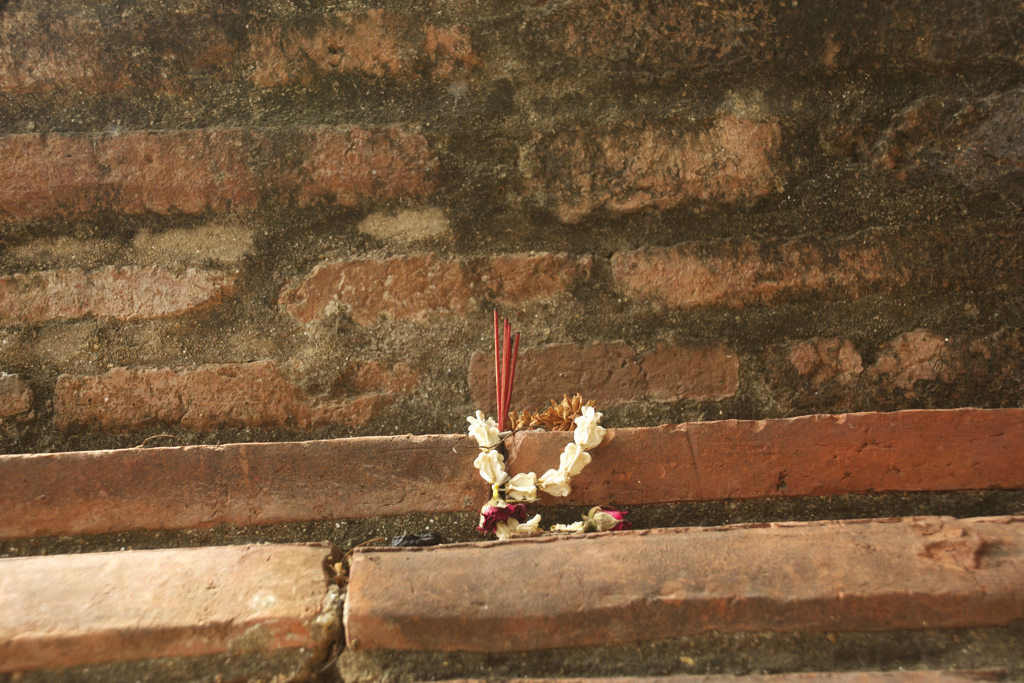 Monks and general devout buddhists still pray around the ruins 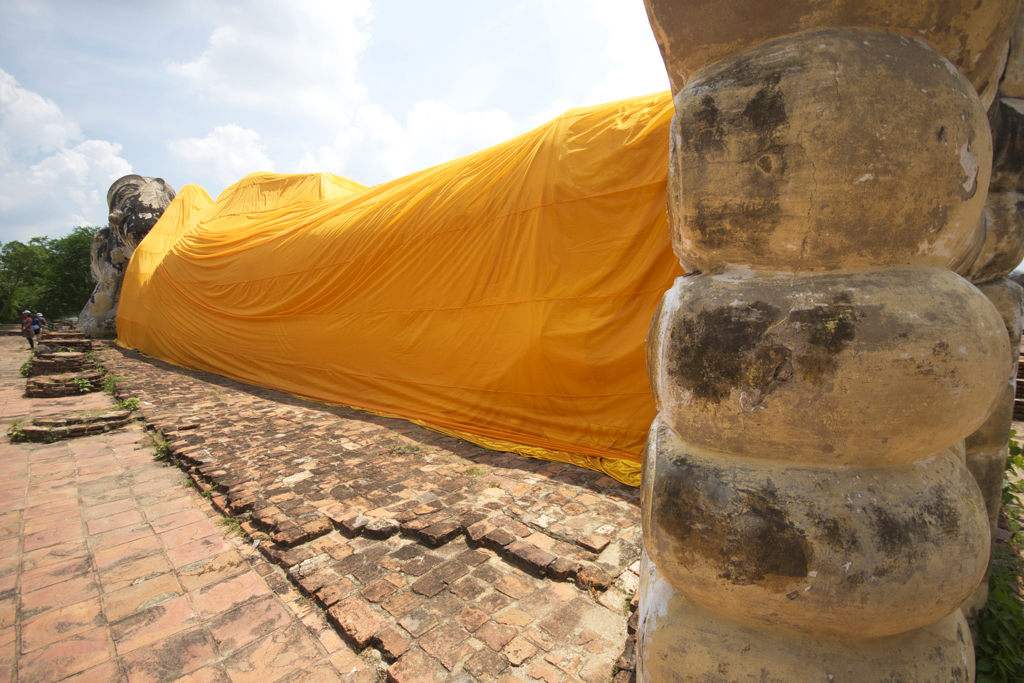 This can get very busy, so arrive early. And watch out for the guys selling tourist kack 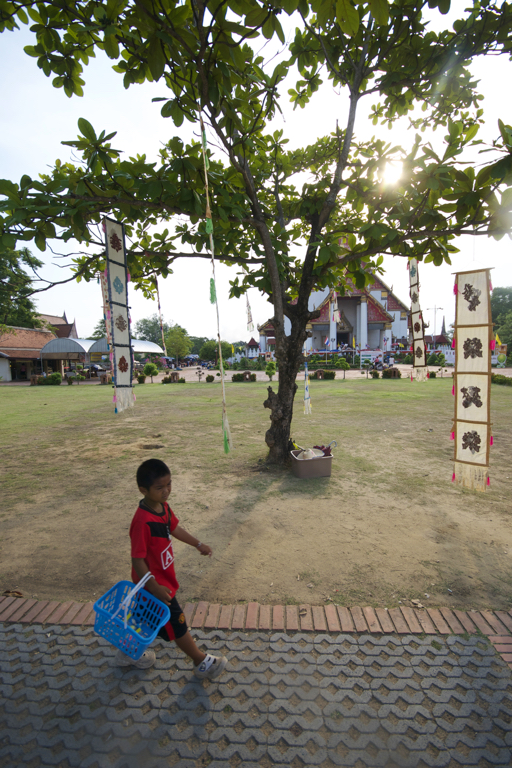 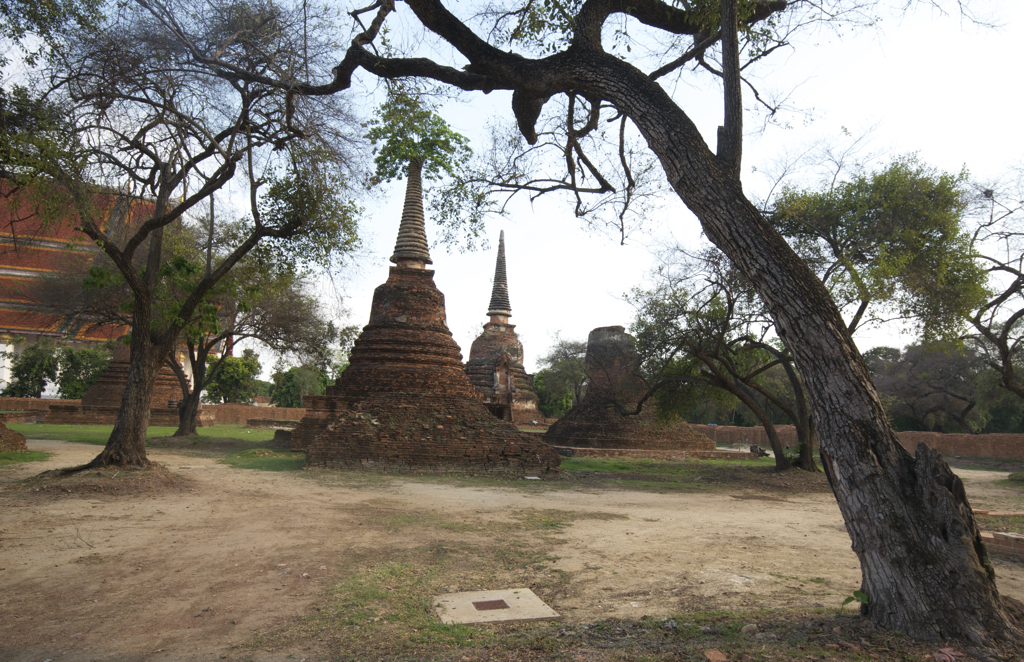 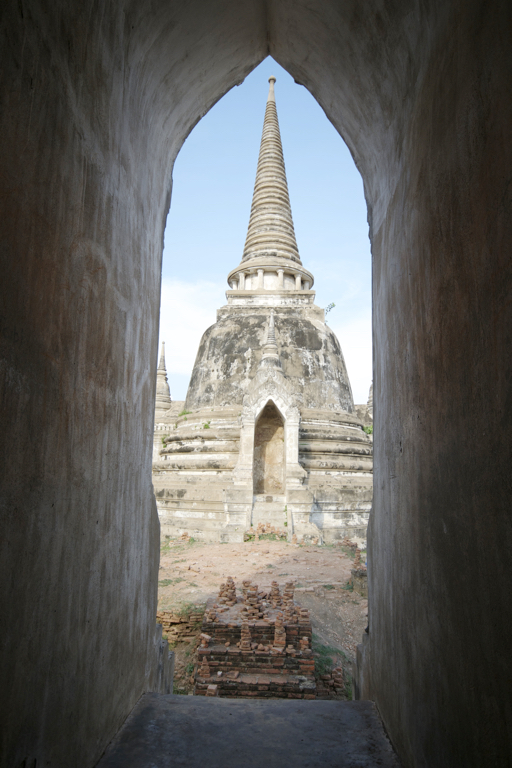 You see this kind of thing all over the Far East. People pile stones like this and prey for good luck, health, wealth, etc. 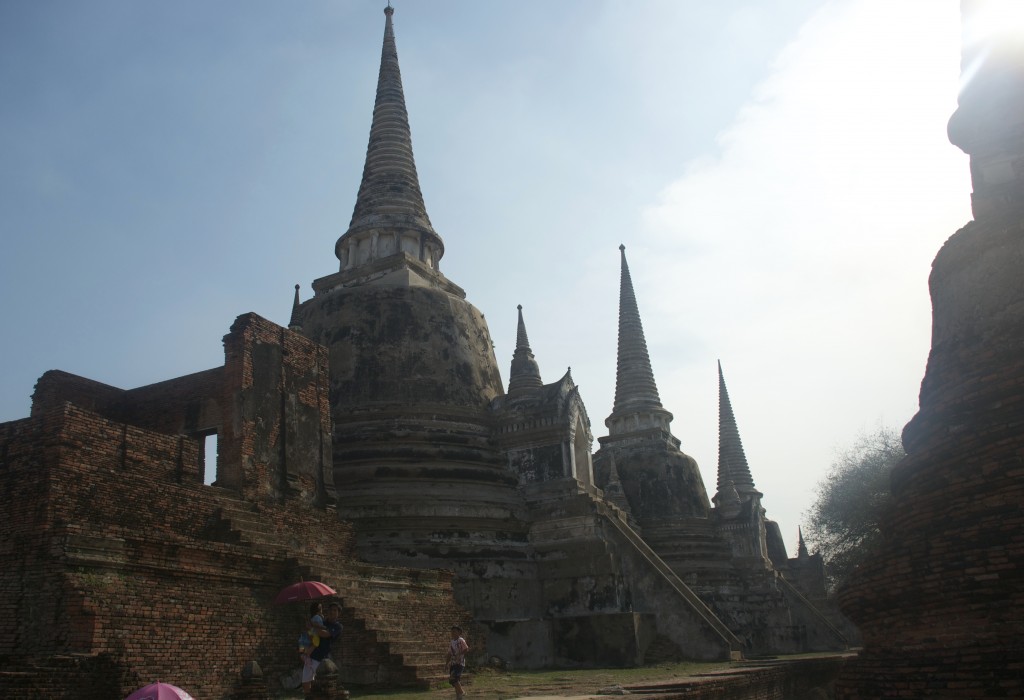 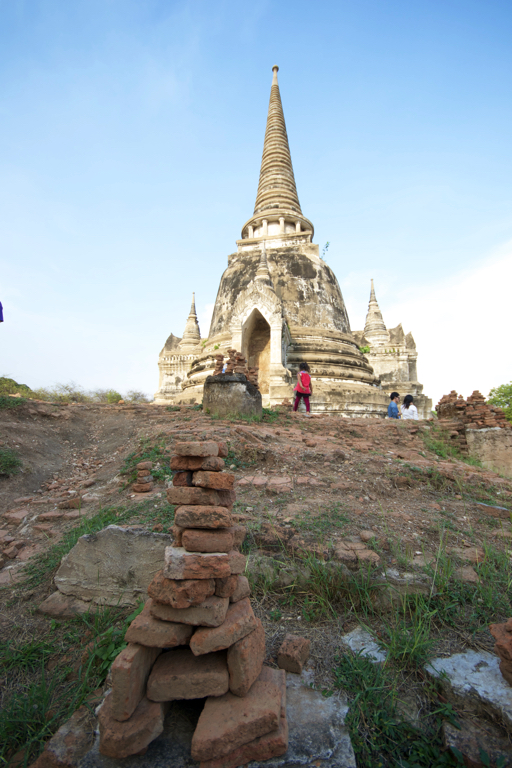 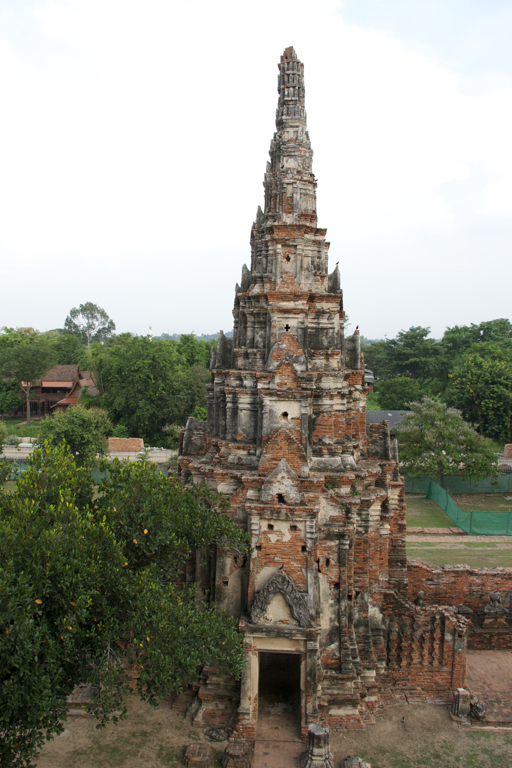 First book your flights to Thailand, obviously. The Kingdom of Thailand is perhaps one of the best destinations in Southeast Asia! A good time of year to go is the off season (March, April and May). If you can handle the intense humidity, you’ll have the full attention of Ayutthaya’s ruins all to yourself. 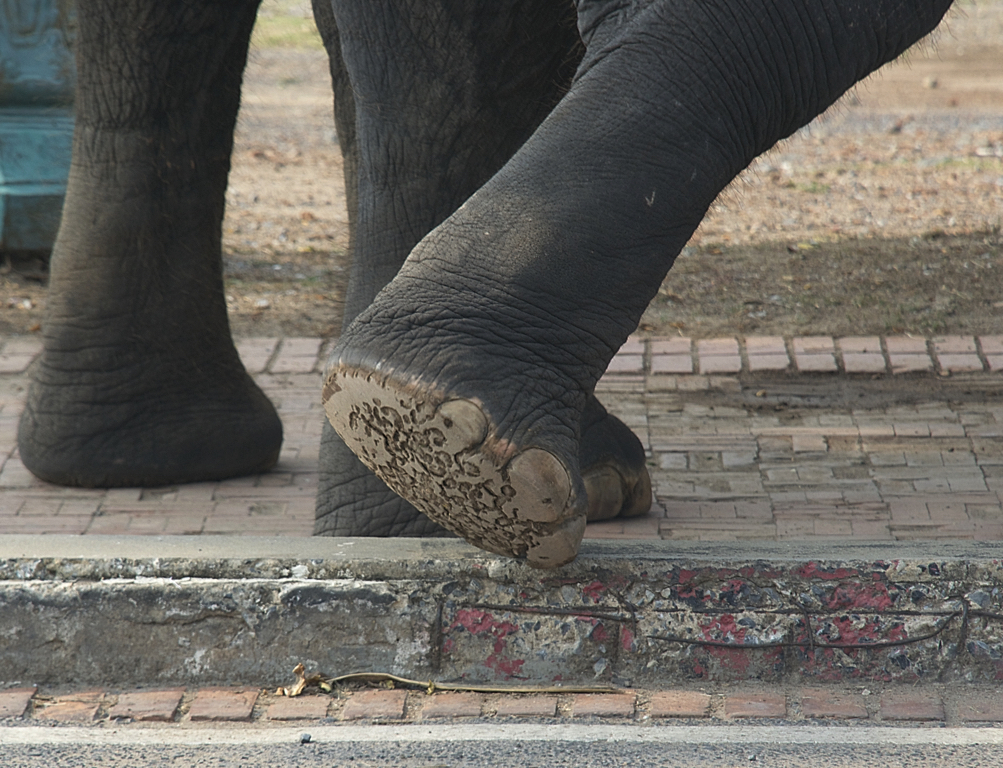 Ayutthaya is easy to get to especially from Bangkok. You can get the 2-hour train from Hua Lamphong station every hour, or get a minivan from Victory Monument Square (which isn’t so much of a square as an enormous, heavily congested round-about) for about 2-hours also. There are hundreds of minivans here going to every corner of the Kingdom. Most are direct and won’t leave until they’re full (about 8 people).

Wat Chaiwatthanaram: What’s out there?

Ayutthaya has quite a few more Ts and Ys than most English speakers are comfortable with in one word. Also Thai is a tonal language, so a misplaced pitch in a word can drastically change its meaning. My Thai is utterly useless so this is an extremely rough guide, but it sounds something along these lines:

Don’t worry about it too much though; Ayutthaya is well on the beaten path and so most taxi and minibus drivers will know where you want to go.

BACK in March 2017, the Tory MP for Mid-Derbyshire Pauline Latham incurred the wrath of the media when, during a House of Commons debate…