Utterly exhausted, I slumped the rented bicycle down on the valley floor. I was trying to reach its end but the slope (which was so gradual it was barely an incline at all) had gotten the better of me. At 3000 odd metres above sea level, the air here in the Northern tip of Yunnan Province is pretty thin. Gasping for breath I stared vacantly at the beauty of the green expanse and the enormous, snow-capped mountains that make up Shangri-la County. 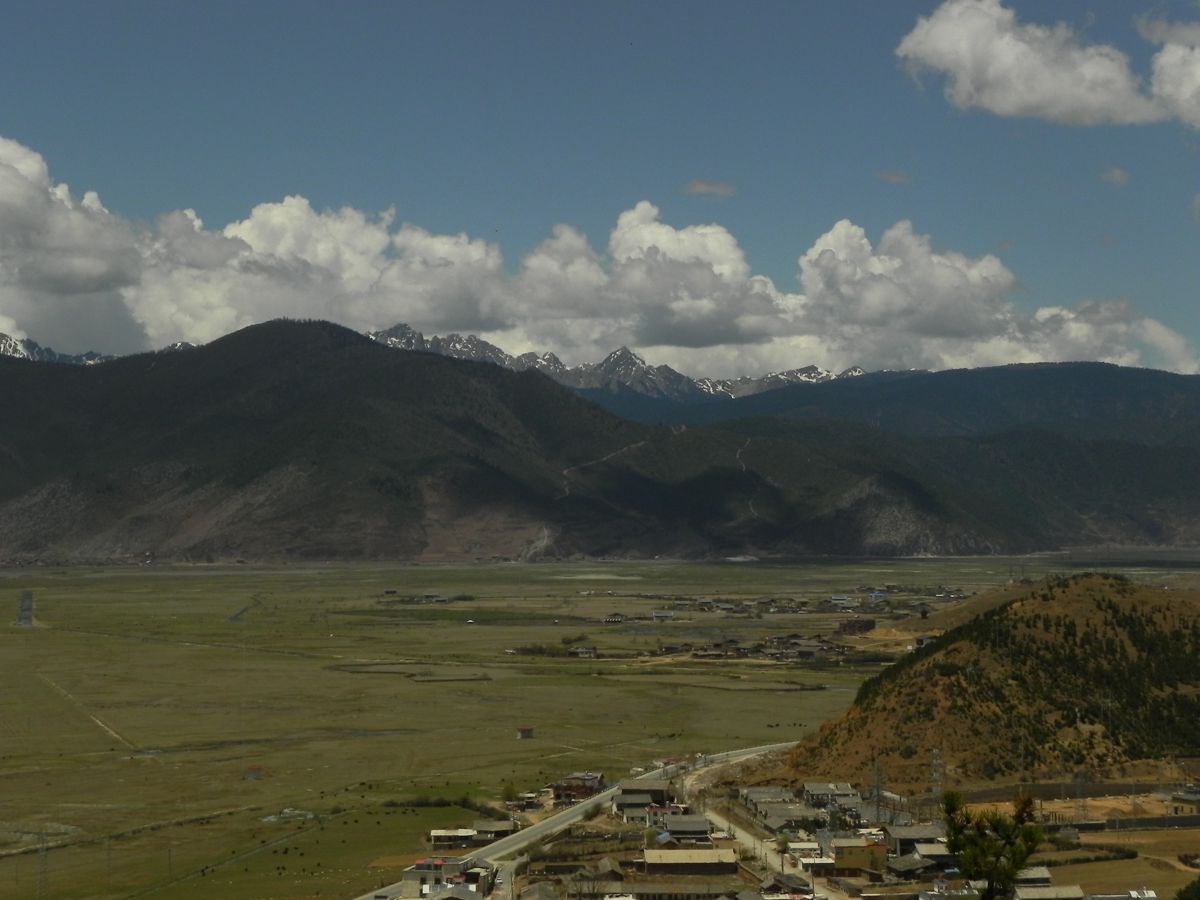 Shangri-la is real… (sort of)

I’d travelled 40+ hours on over-night trains and rickety buses across China to reach a place with a fictional name. The area where I was now lying had once been called Zhongdian. It was in 2001 when the Chinese authorities (presumably after reading James Hilton’s Lost Horizon) decided to change the name of both county and capital to Shangri-la. 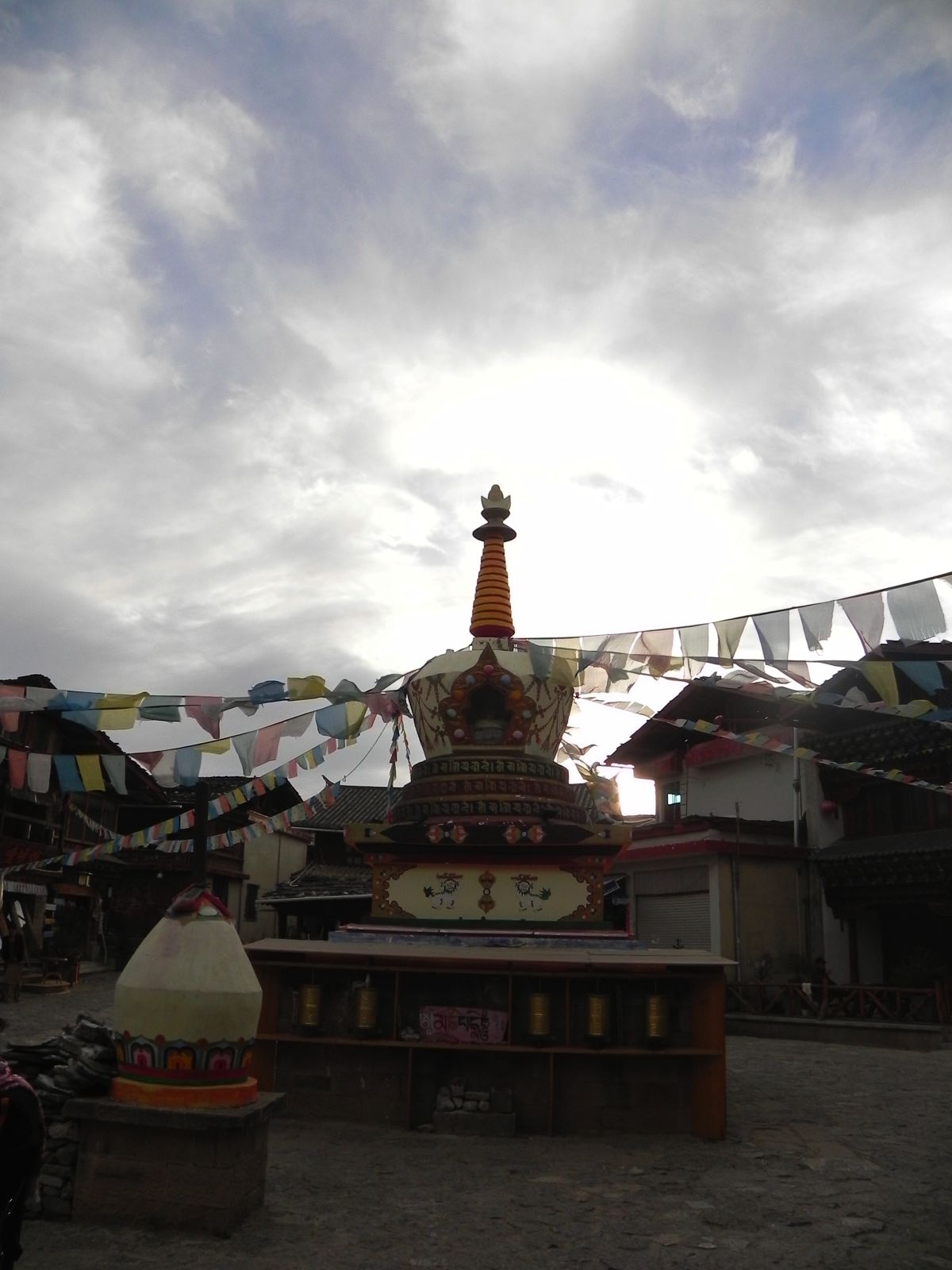 I was staying in a hostel in Shangri-la’s Old Town, where most tourists to the region convene. The place felt more like a Tibetan theme park than utopian lamasery. Despite the town’s touristy vibe, however, I was in enamoured with the cobbled streets, wooden houses, swirly Tibetan script, and the flapping prayer flags that crisscross high above.

A slice of nirvana

Ganden Sumtseling monastery is the main incentive for anyone venturing this far out to the Yunnan hinterlands… Well, that and the sublime scenery that abound in Shangri-la County. Wanting a taste of Tibetan Buddhism and monastic life for myself, I headed to the bus stop near the old town. My efforts to accurately pronounce ‘Ganden Sumtseling’ failed miserably, luckily a group of local women worked out where I wanted to go and bundled me on to the right bus.

Fifteen minutes and 20¥uan later the golden roofs of the monastery greeted me at the end of a long dirt track. Surrounded by the Hengduan Mountains, Ganden Sumtseling has perched on the same hillside since it was built in the 17th century at the behest of the fifth Dalai Lama. Despite the fact that much of what remains today was rebuilt in the 1980s, the robed lamas, golden rooftops, high white walls and the constant aroma of wood and incense create a mythical ambiance.

As I walked through the main gate into the Buddhist ghetto, a couple of lamas greeted me with a low bow. Decked out in their dark red robes, the boys here belong to the same Tibetan sect as the current Dalai Lama. I was free to wander just about anywhere I fancied through the myriad winding paths. In one of the smaller shrines off to the side, an old Lama took a shine to me. Grinning mightily, he gave me a couple sticks of incense and instructed me in the proper way to prey. 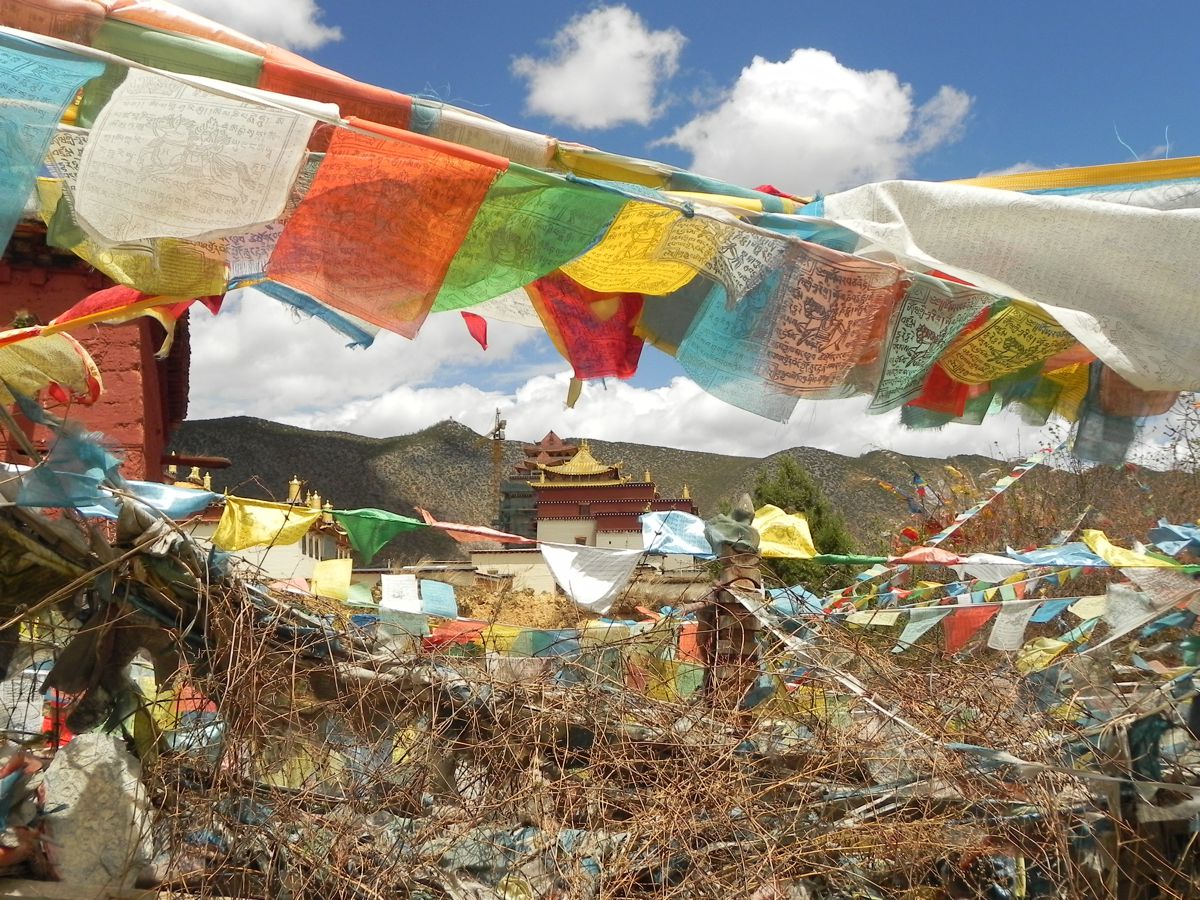 The interiors of the shrines could be said to be massive art galleries. Not a single patch of wall inside is left unmarked. Each and every space depicts the wheel of life, demons or scenes of earthly paradises. I was particularly fascinated with the humongous golden statues (which I assumed to be Buddha or bodhisattvas). Though most of the Buddhist paraphernalia left me perplexed as to their meaning, and served to highlight the depth of my ignorance, the beauty of it all left me with a sense of awe and a yearning to know more.

Zhongdian, or Shangri-la? Whatever name the county goes by, it’s well worth the epic trek to reach. Having only stayed for a couple days, the beauty and serenity has stayed with me ever since.

A note from the Editor-in-Chimp: This article was originally publish here on Travel Wire Asia. Go check it out there, too!