IT WAS ANOTHER BEAUTIFUL MORNING in Thailand. Except we were in Ao Nang. And Ao Nang is a shit town. So we caught a longboat over to Railay and rented out a kayak for a few hours. We scuttled around by the coast for a while, pissing about between the karst peaks in the sea, peering inside caverns, pondering the strange creatures under the sea, and all the while increasing our chances of skin cancer. 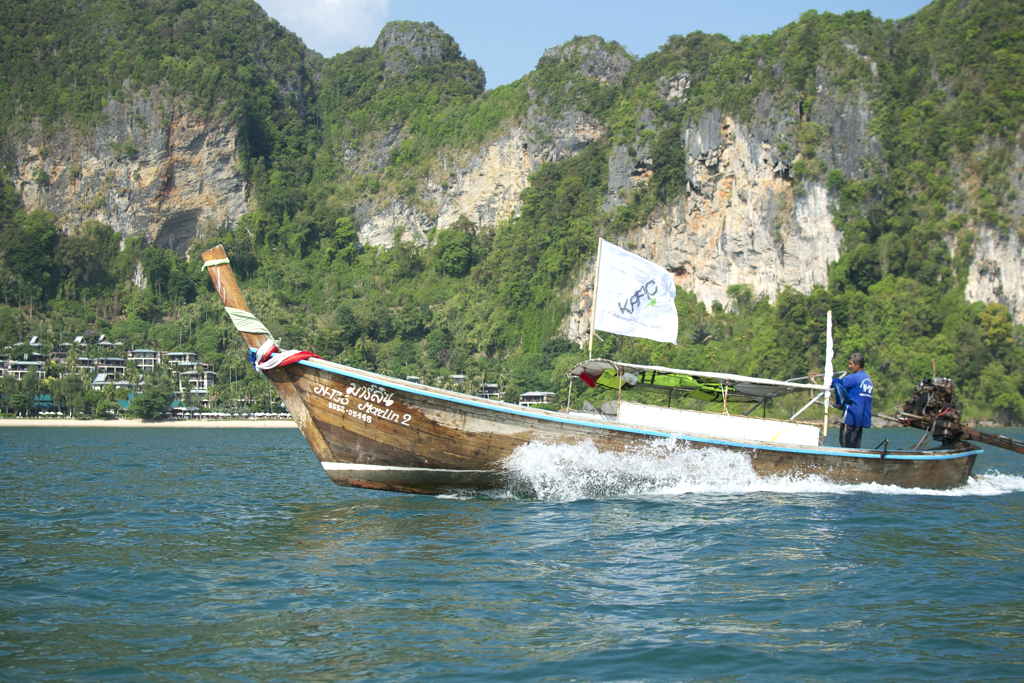 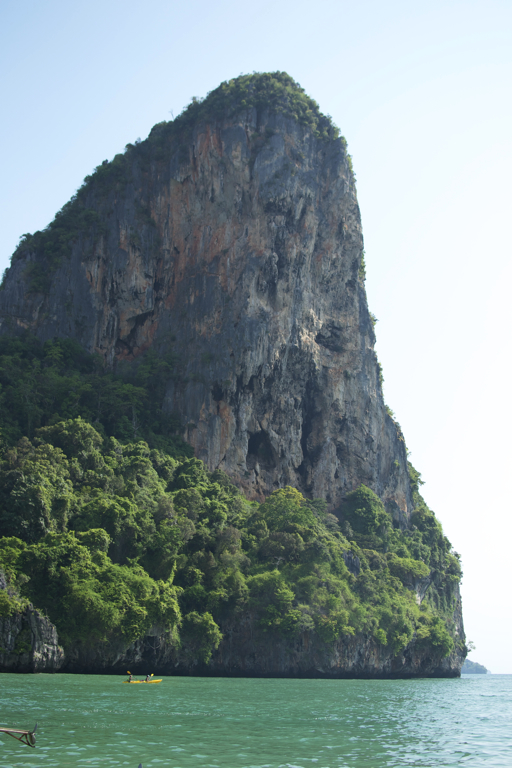 Railay… so beautiful it hurts 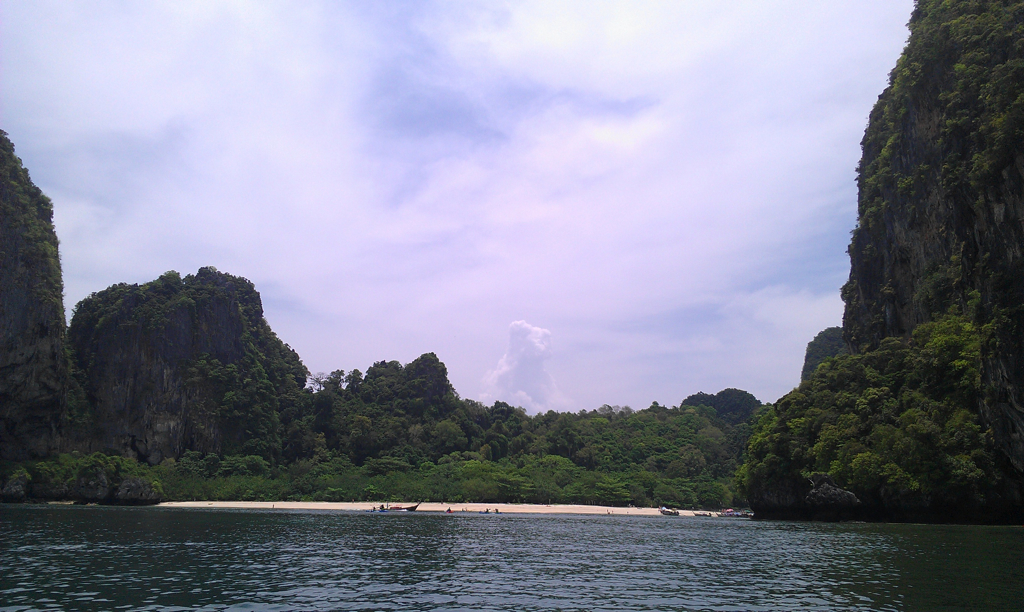 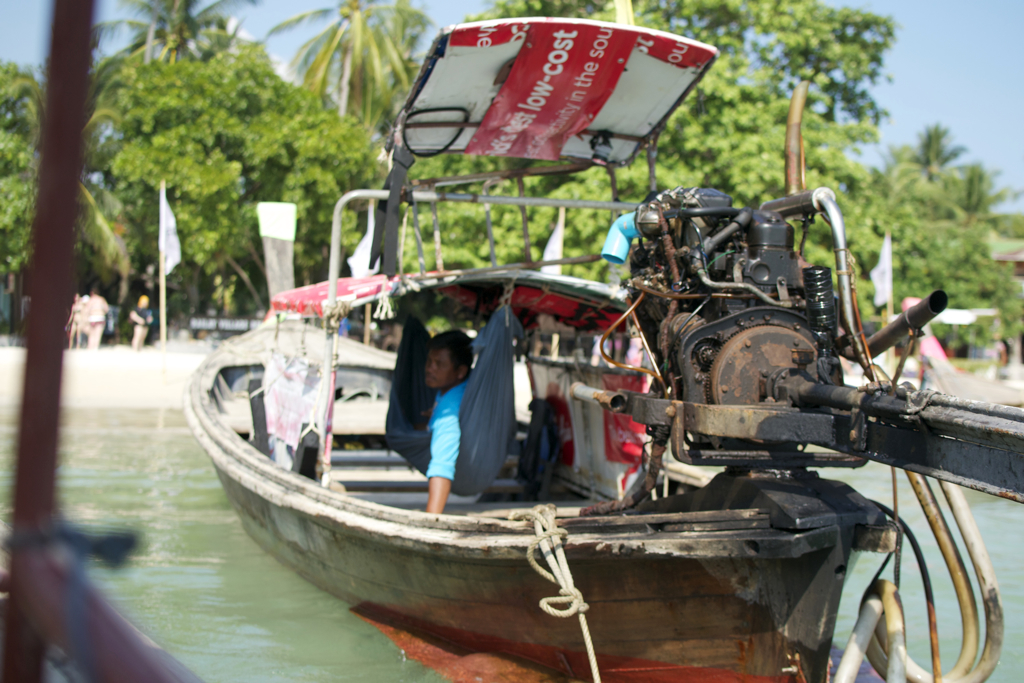 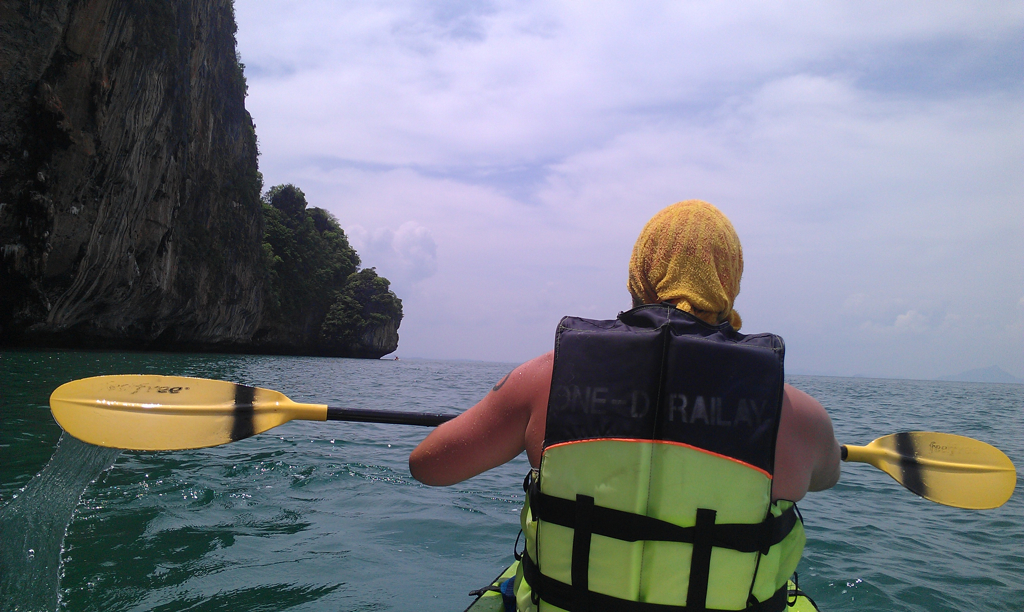 We eventually came upon the rather busy, but also rather nice, Phra Nang beach. The cliff at the end of the beach was covered in a profusion of colourful banners, and a small crowd of people were hanging around a cave.

Here’s what they were looking at… 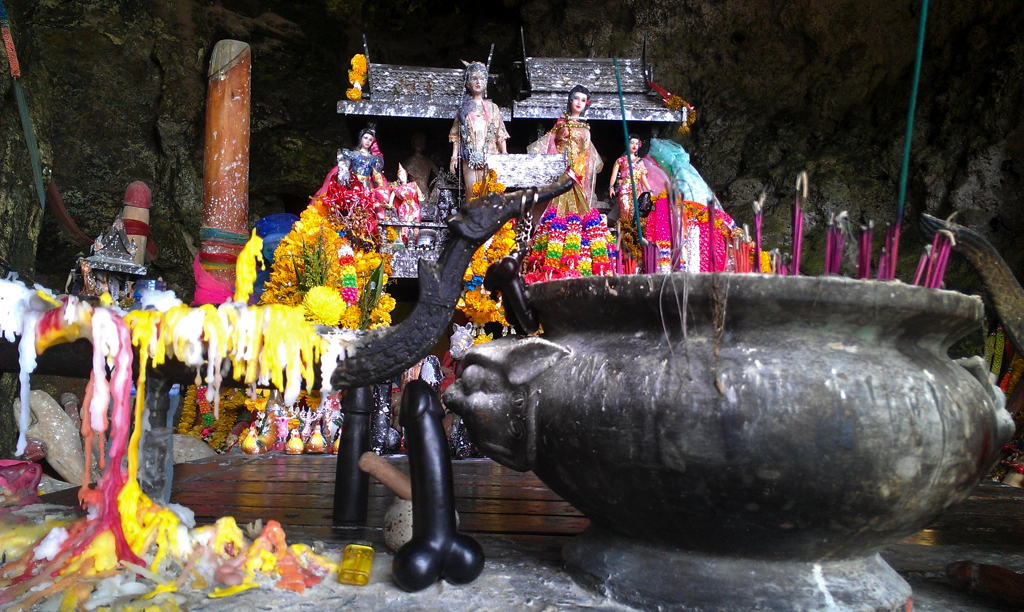 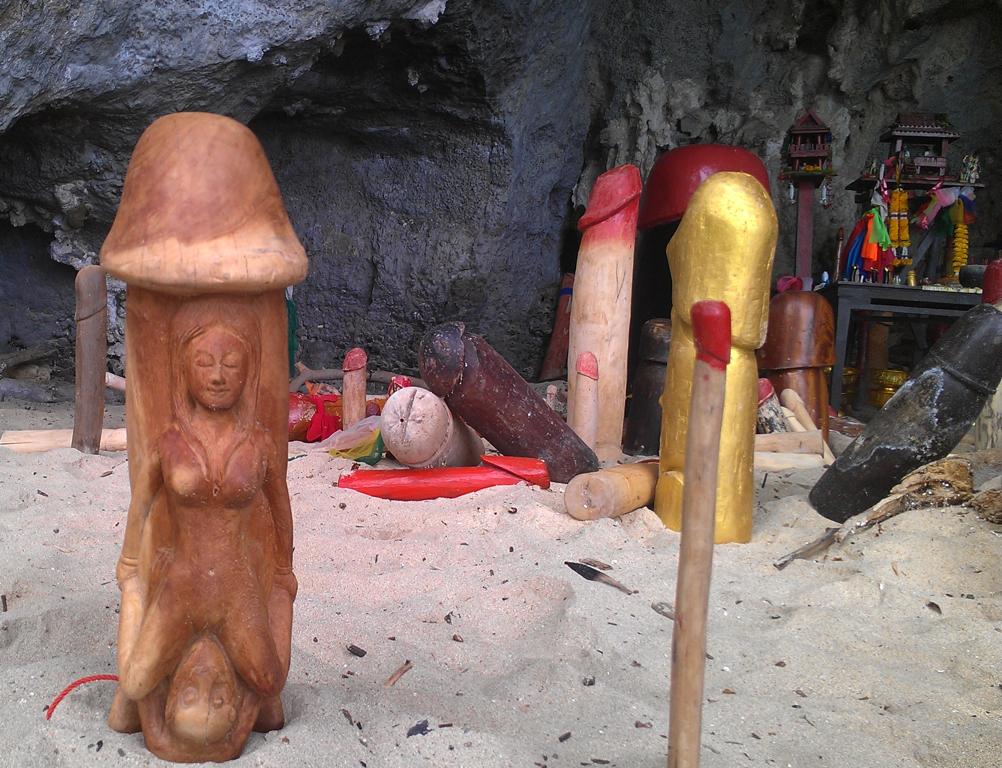 Are you sure no one else can see your computer screen right now? 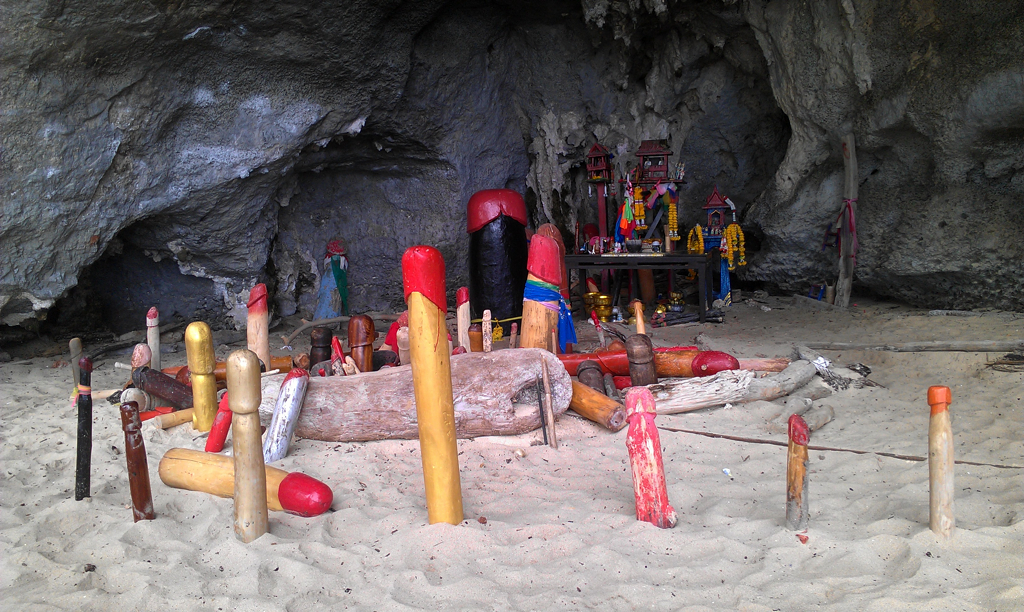 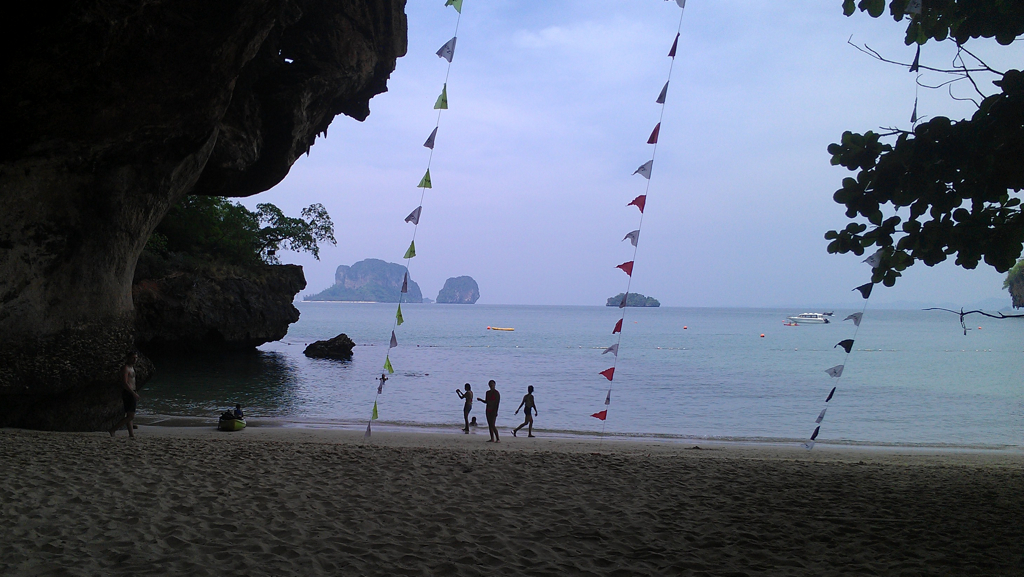 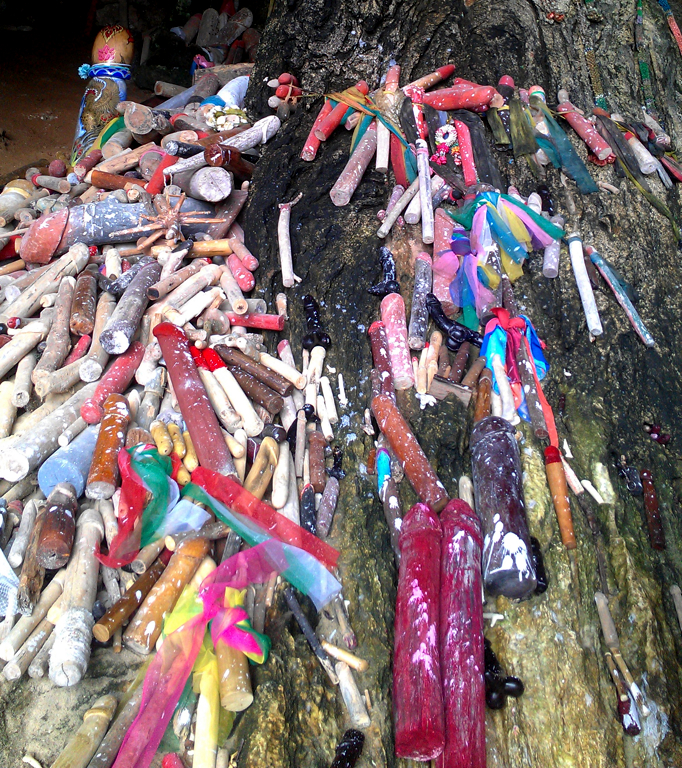 Unfortunately I only had a camera phone to hand. No way was I risking my DSLR in a kayak, honestly, I’m as clumsy fuck!

A plaque near the shrine explains in archaic Engrish that the fishermen of Phra Nang believe the cave to be the spiritual abode of a goddess. Before braving the treacherous Andaman seas, the fishermen pray and occasionally offer her gifts in the form of large erections in exchange for good luck and / or fertility.

Even for a goddess that’s some serious girth!

Anyway, that’s probably enough cock for one day, eh? I hope you didn’t view this one at work… 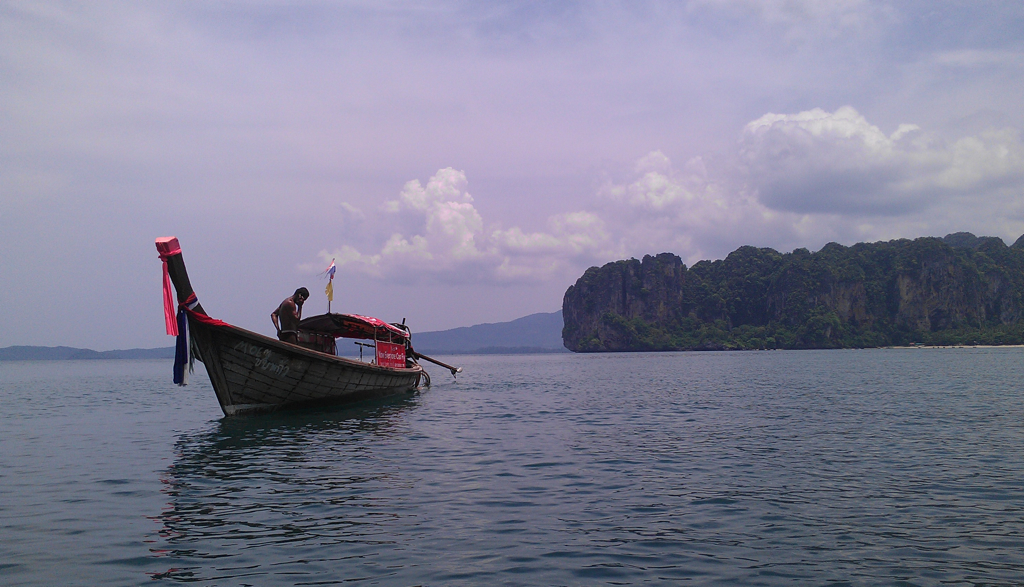 The Andaman Sea: The sunsets are beautiful, but the nights are furiously stormy

Here’s a crappy little stop motion video I made around 3 years ago. Outrageously bored one night I tried my had to origami and…