Hoods intends to show that Korea’s real urban beauty is hidden where the veneer of modernity is at its thinnest.

Seomyeon, where consumerism feasts upon on the neon spatter of the country’s capitalist ejaculate.

I hate the crowds, the pretentious clothes shops, the corporate coffee shops, and the horrific traffic. I hate the massive roads that butcher the downtown and force pedestrians to filter through the awful underground mall. I hate the crowds that the subway divulges here every three minutes. I hate the towering grey buildings which suck the colour from the sky and flash their advertisements at you from on high.

I hate the pot-holed, uneven, leaflet-strewn and puke stained streets. I hate the toxic fumes that emanate from the gridlocked cars and the vile stench of human effluvium that occasionally wafts up from the drains. I hate the kitschy night clubs and their soul-crushing music. 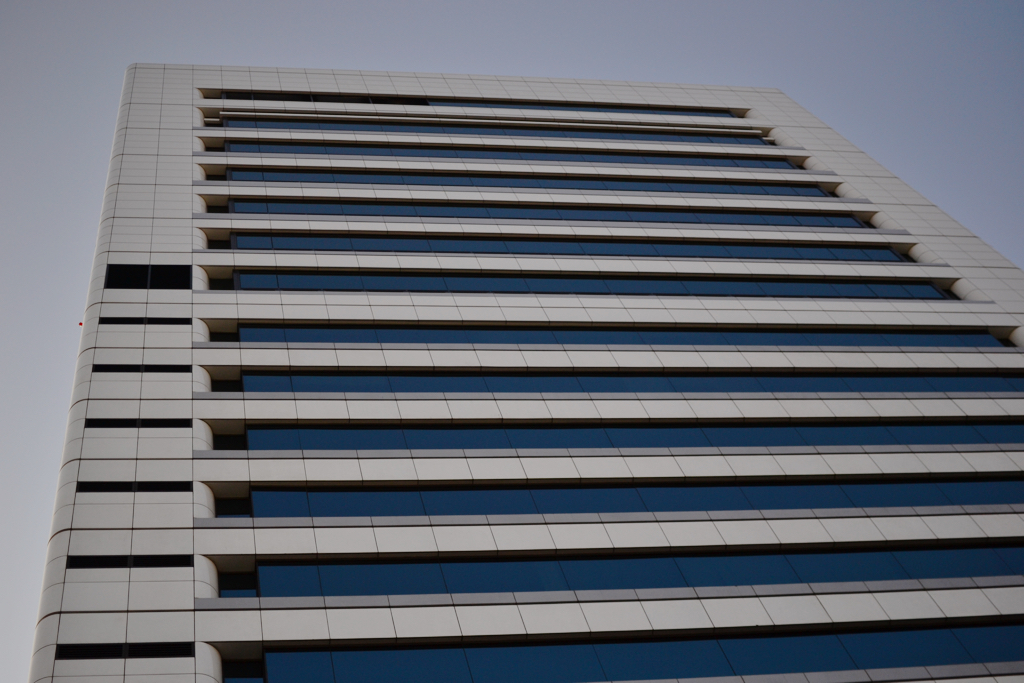 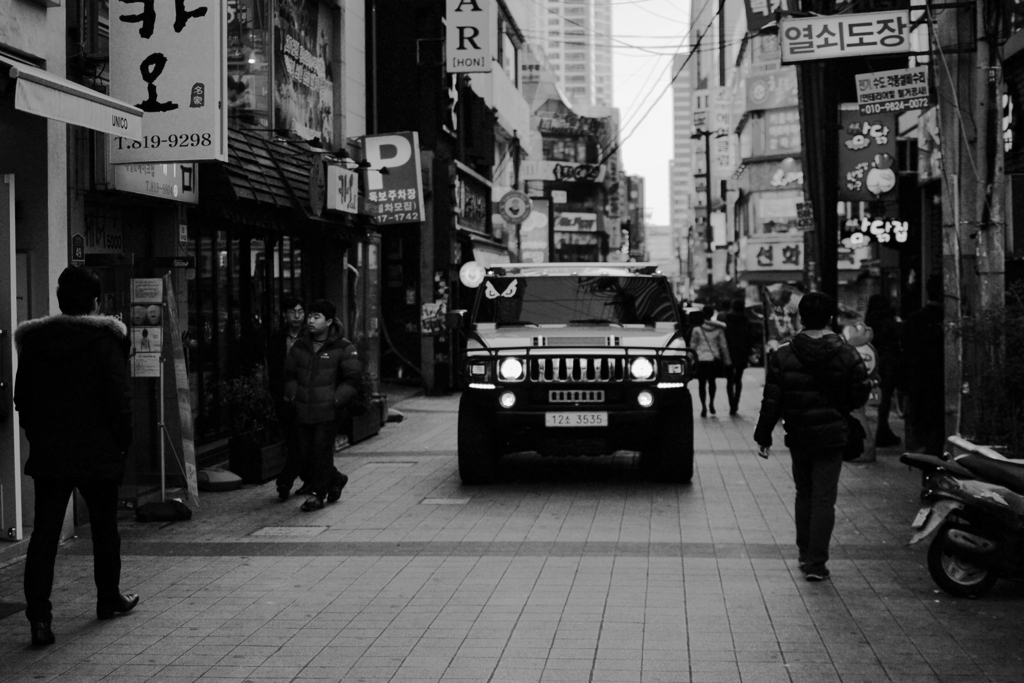 Look at this egregious arsehole driving a combat vehicle through the high street! 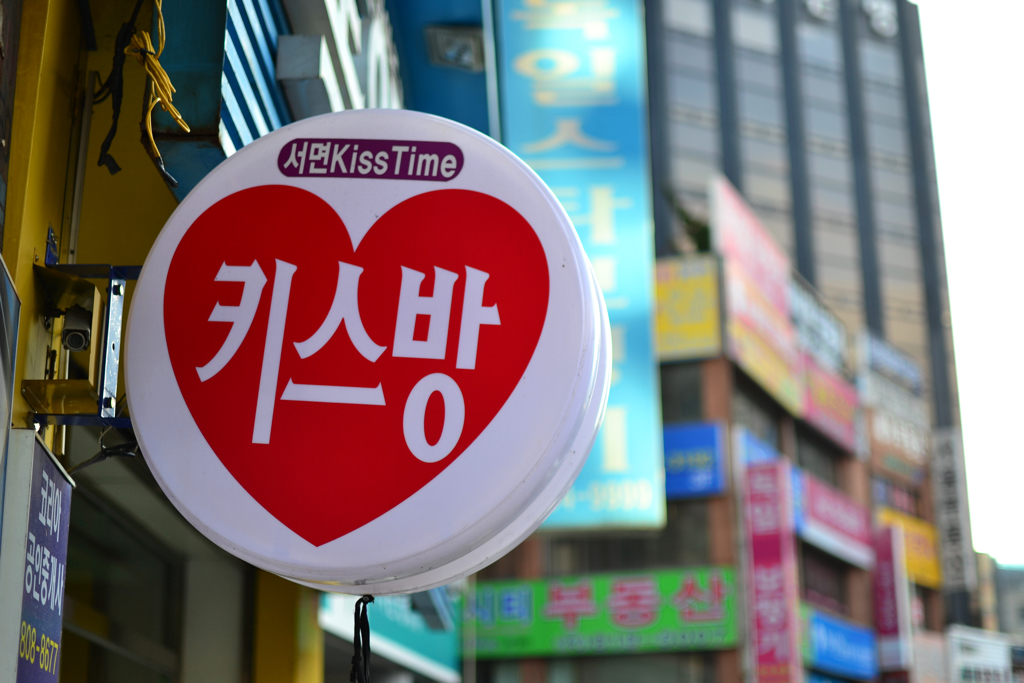 Kissing room: A classy establishment where patrons pay a young girl to insert her tongue in their mouths 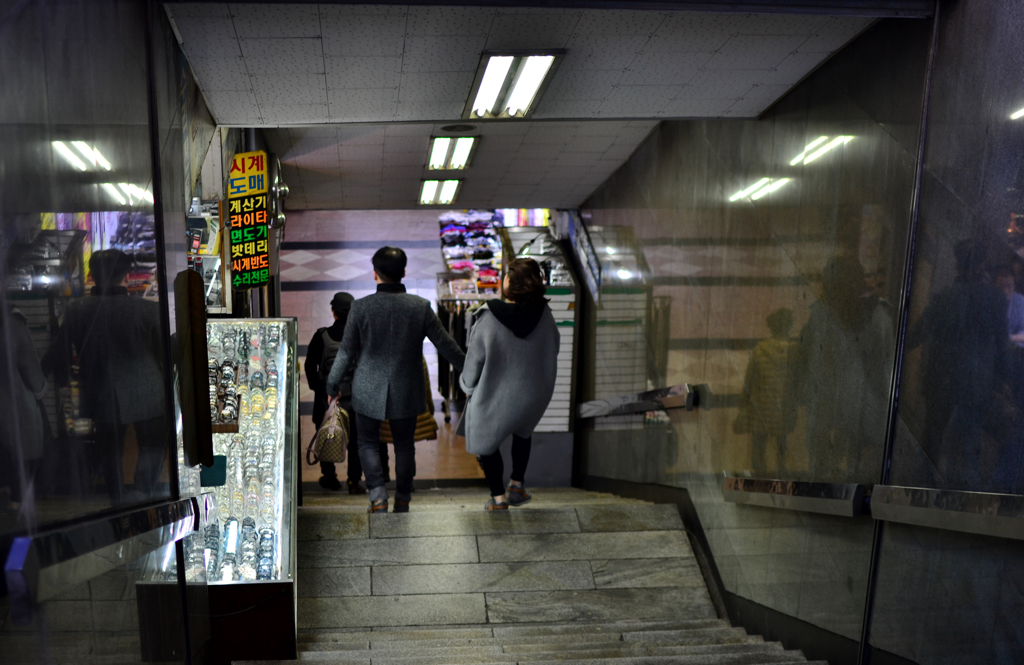 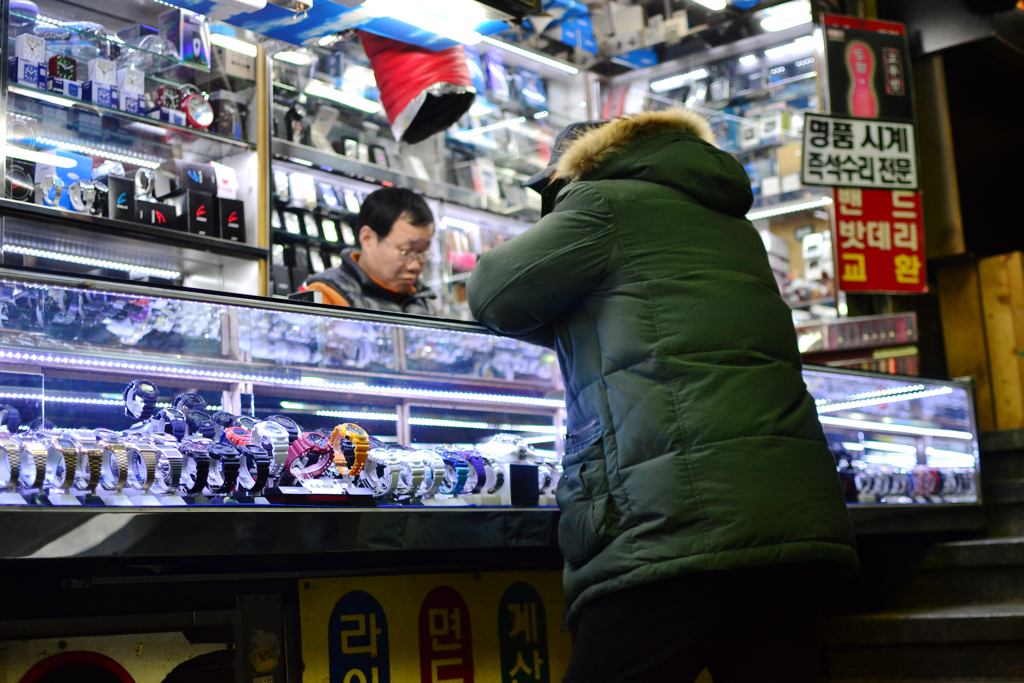 But in this veritable den-of-shit there are a few places where rampant capitalism has yet to soil.

One such place is 68th Street. 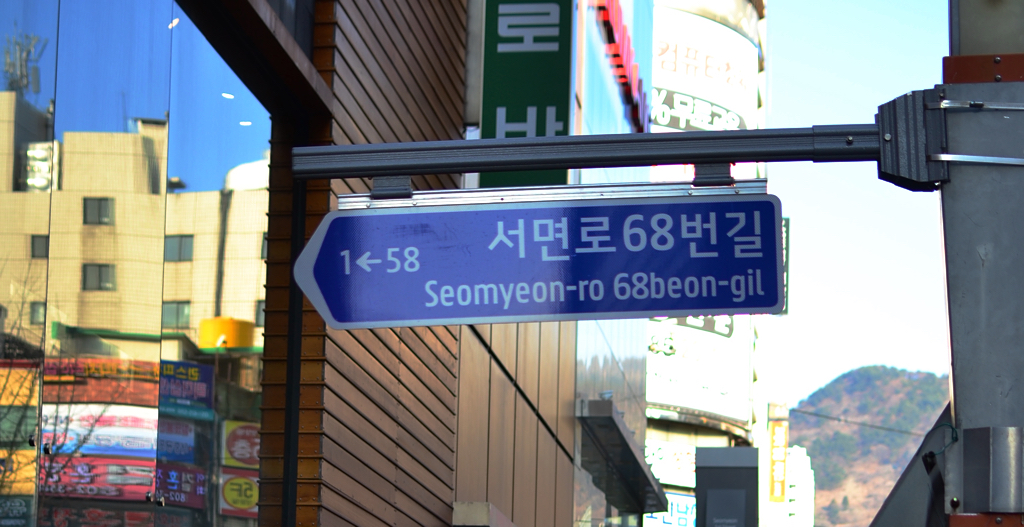 The narrow streets down here, though they do tend to reek of deep fried fuck-knows-what, are less crowded and do not involve pissing around underground. 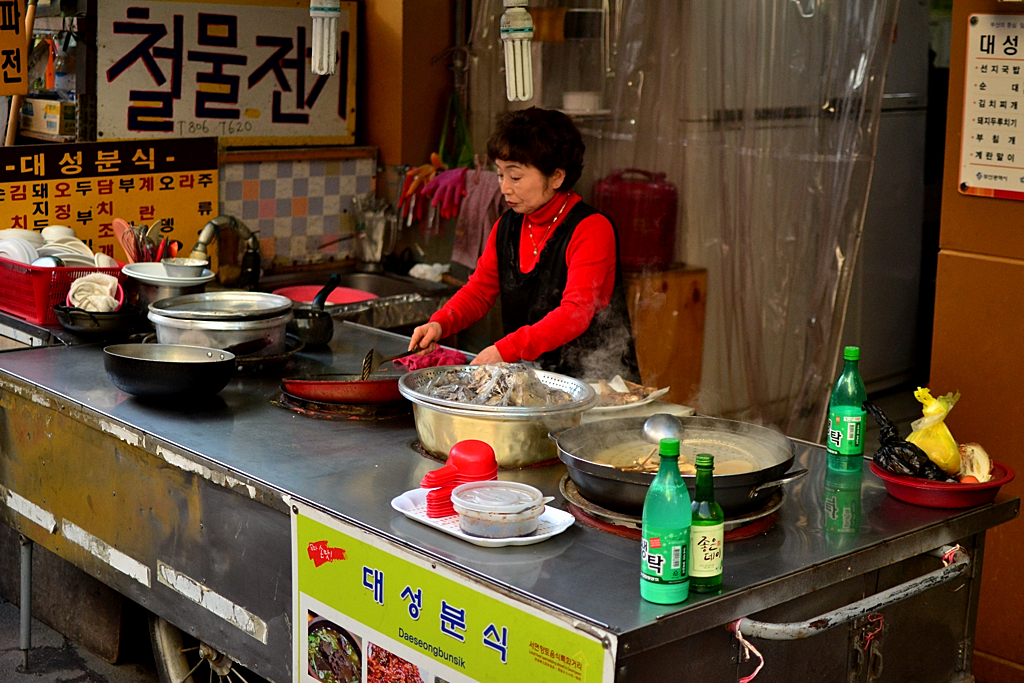 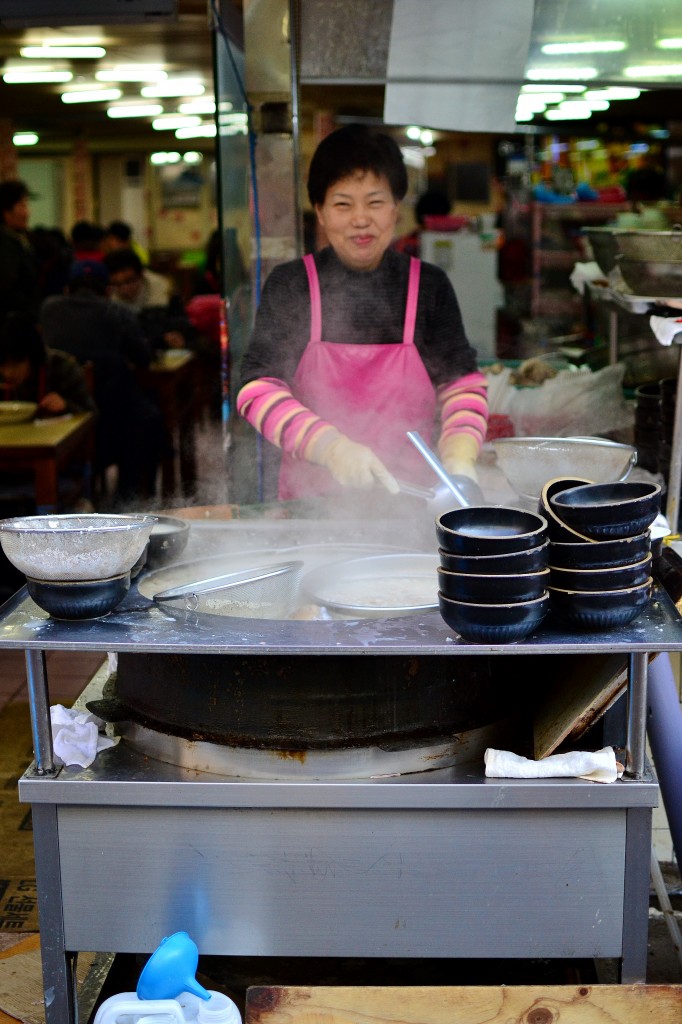 Who know’s what she’s cooking, and as a vegetarian, I doubt every much it’ll do me much good to know, but she was lovely and seemed to enjoy my foreignness / photographing. 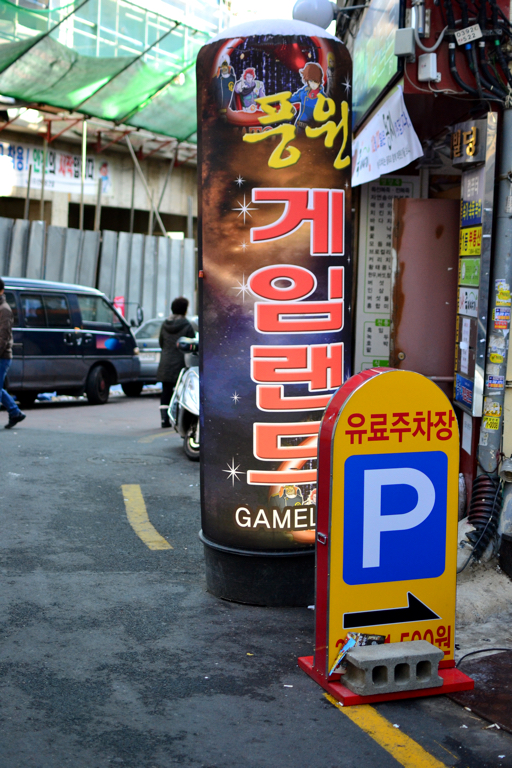 Inflatable signage! Do these things actually draw the punters in, or are they only there to temp drunk idiots to knock them down? 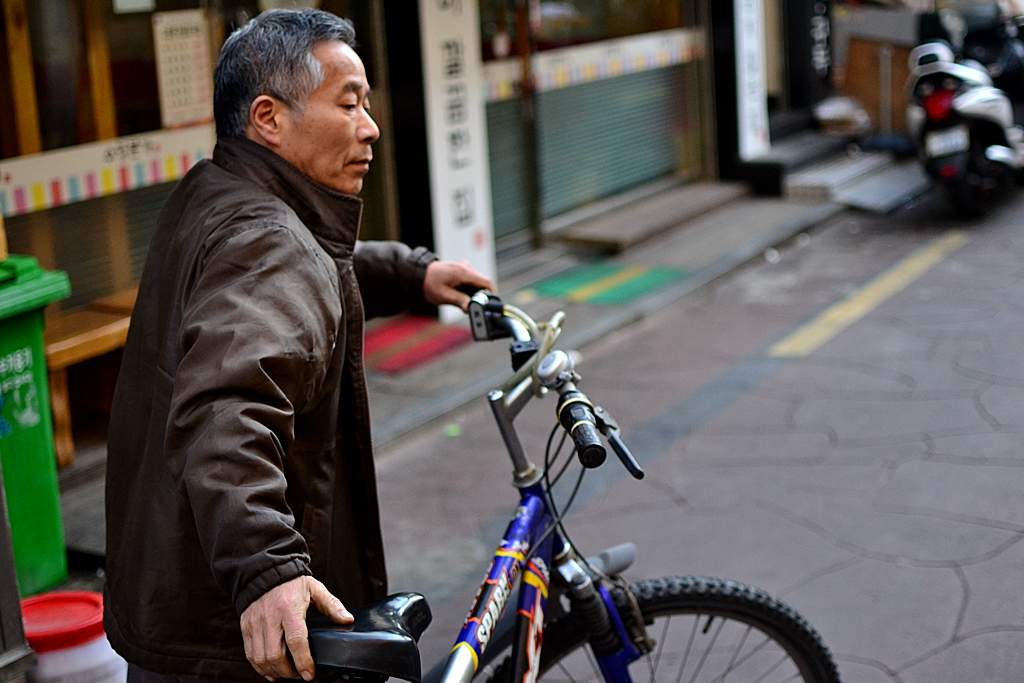 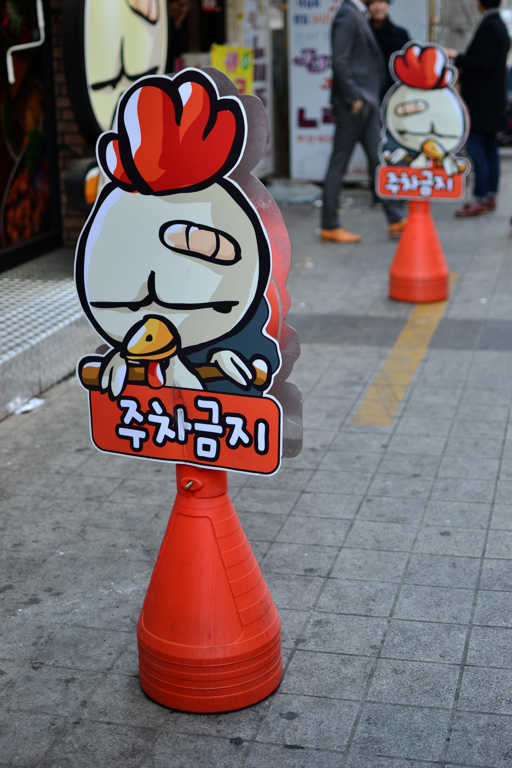 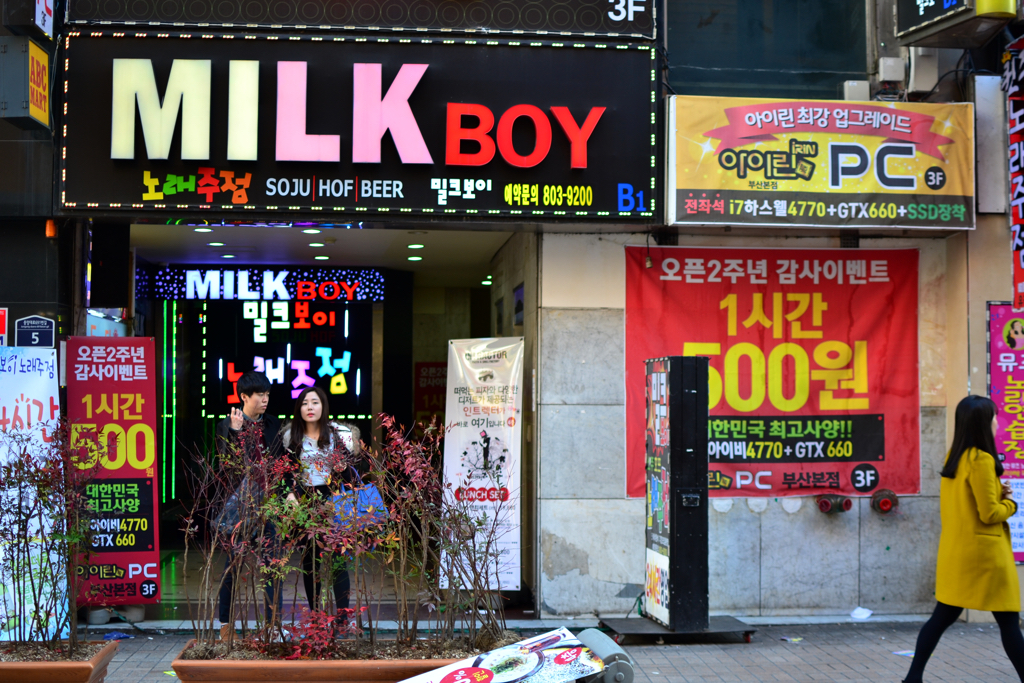 There are other parts of Seomyeon where you can escape the neon madness and gratuitous advertising, but you’ll have to search deep within its bowels. 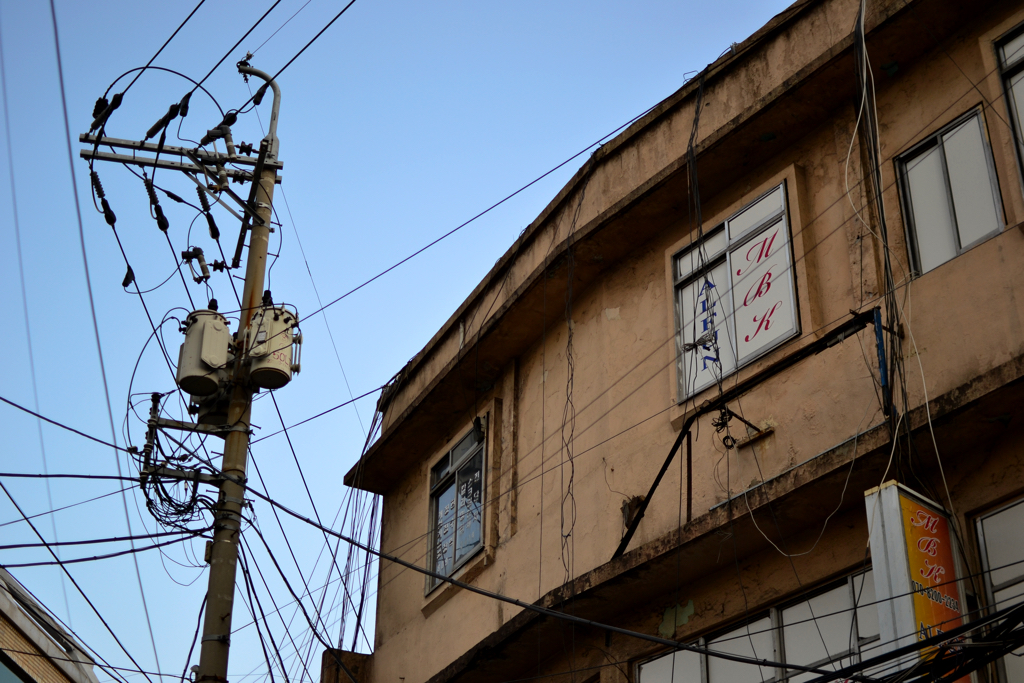 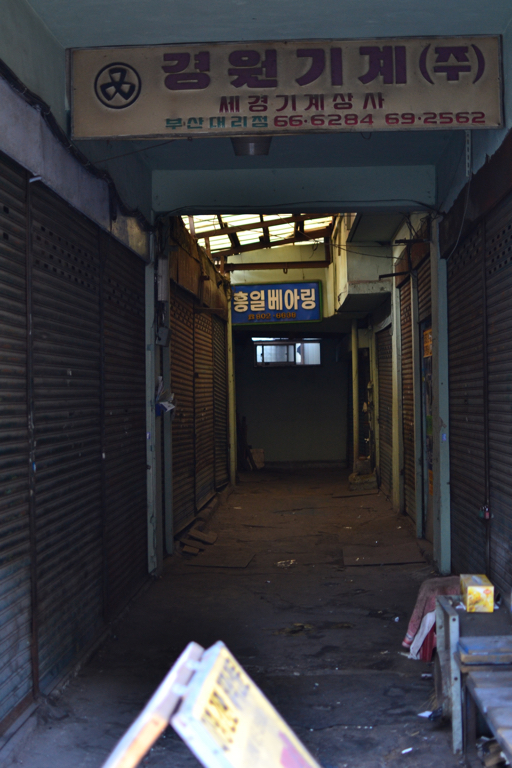 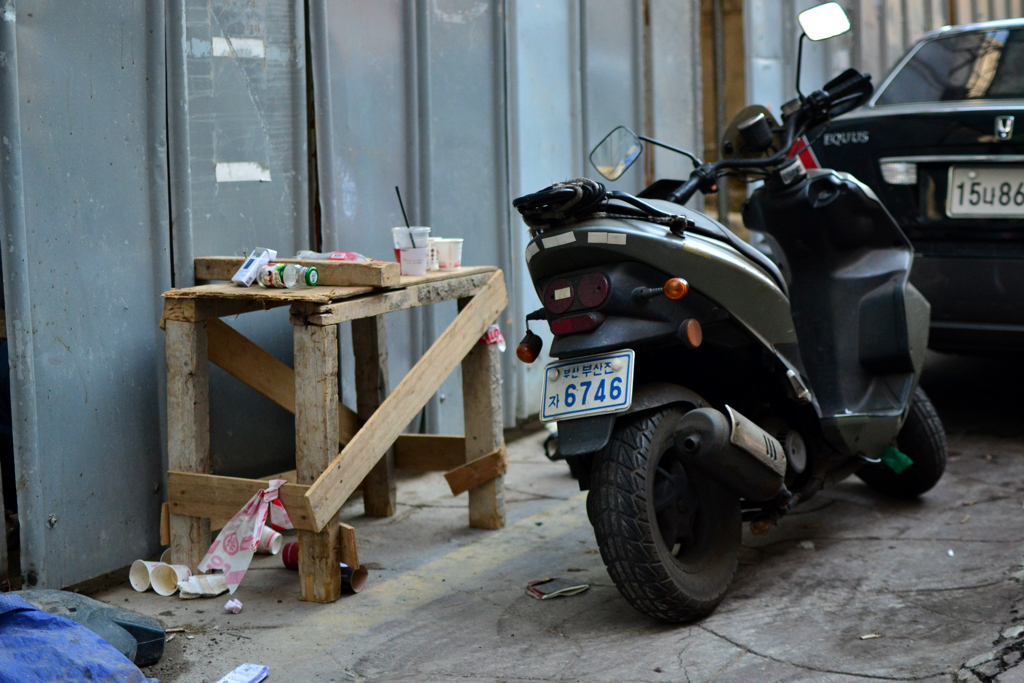 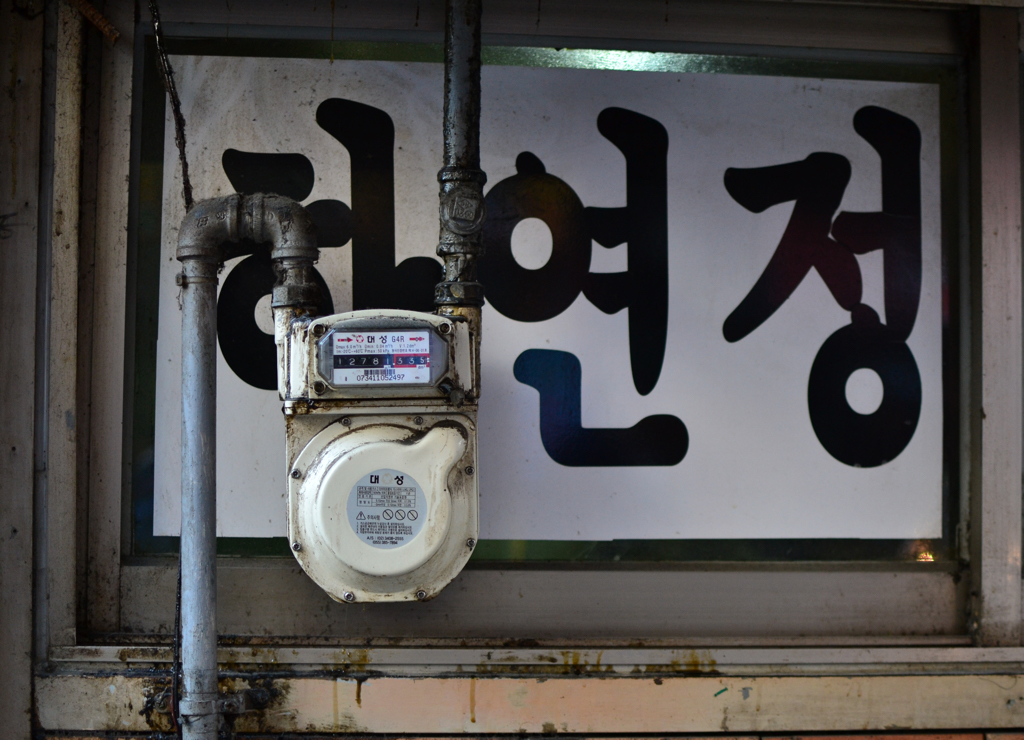 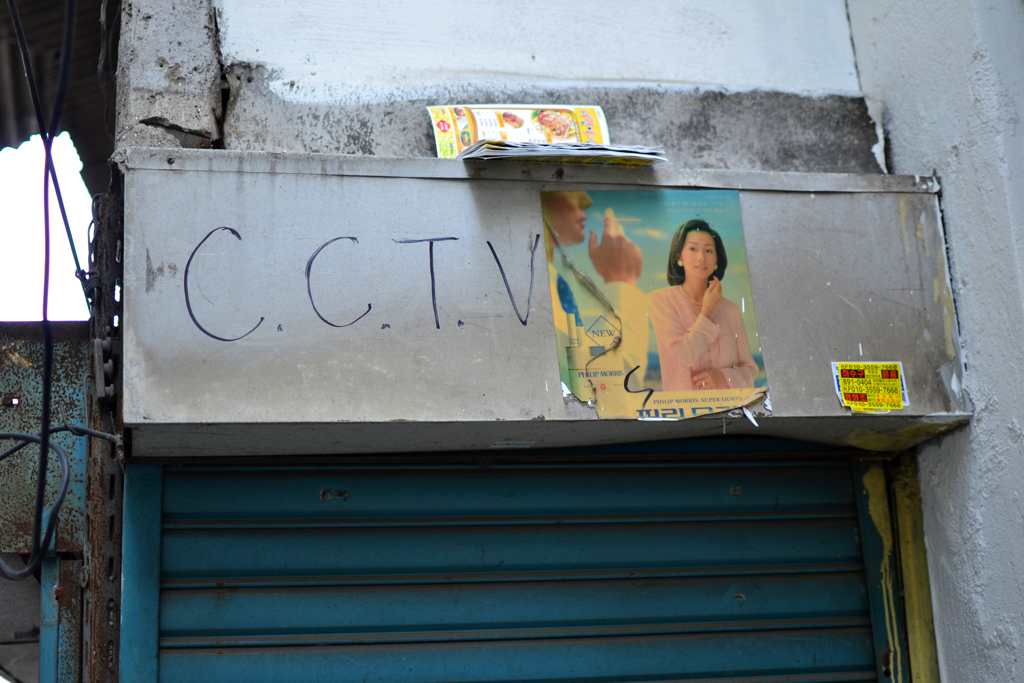 서면. Written in English as Seomyeon. Pronounced Soh Mi’ Yon. Listen to the locals and you’ll get used to it.

Well, the Earth has completed yet another cosmic twirl around our bright star. And while that sentence is just about cheesy enough to make Mickey Mouse…