Do you know Dokdo?

If you’ve ever spoken to one of the locals in South Korea, chances are you will have been asked that very question. In case you don’t know what Dokdo is I’ll explain it very briefly: It’s an island that both Japan and South Korea lay claim to. It floats about in the Sea of Japan, which Korea would like to be called the ‘East Sea’. Technically the uninhabited island is Korean territory, but the Japanese – who called it Takeshima – occasionally reassert it has always belonged to them even before the colonisation of Korea.

1) How soon into living in Korea did you hear about Dokdo?

Almost immediately. From 2009 to 2012 I was teaching English in Daegu, and one of my middle school classes had something about Dokdo in their textbooks. I was totally ignorant of it all, but my students explained to me that people are very passionate about it. It seemed very sensationalised, at least in the curriculum of my hagwon, and I didn’t really understand the context of it at all.

2) Why did you want to come back and make a film about it?

Dokdo seems to be a very passionate issue to most people in Korea. I think it’s very interesting how through the generations Dokdo is still a strong issue regardless of things like class or age.

Matthew and his team filming on the Seoul subway

3) I’ve heard Dokdo is a difficult place to visit. How was it getting there?

It’s a six hour journey from the mainland and you’re only allowed to stay there for thirty minutes, and even then they have a cement pier that you walk on; you never actually step foot on the island.

I was able to go with a woman who had lived there for 17 years and has special permission from the government because she was a former resident. So we filmed there for about 6 hours.

4) Where else has the filming taken you?

We’ve been to Ulleungdo, which is just incredible. Daegu has kind of been our base camp. We’ve travelled to Seoul, Suwon, Ilsan, Gwangju in Gyeonggi-do, Namwon in Jeollanamdo, and we’ve travelled to Busan to go to Japan. We’ve kind of made our way all around Korea. 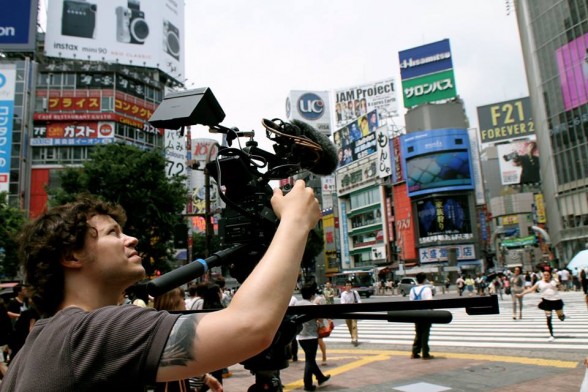 5) Is your film going to take a political stance on the islands?

No, not really. It’s going to be more observational, I guess, than a traditional kind of documentary. The type of film that I enjoy making is kind of the cinema verite style, where there’s no narration, there’s no kind of position, or any of that. It will just be following the perspectives of these people that I’ve chosen to follow.

I think it’s much more interesting than just who does Dokdo belong to. It’s more about identity and why these people in Korea are dedicating their lives to advocating for the islands.

6) Who has been the most interesting subject in the filming so far?

One of the people we’ve been following is Gwang-min, a North Korea escapee. With his free time he volunteers and advocates for Dokdo with an organisation that gets a lot of funding from the government. We followed him at his high school, and went to Seoul with him as he was campaigning outside of Gangnam station. So it’s been really interesting seeing his life and his perspective on it, and hearing why he’s invested in Dokdo. 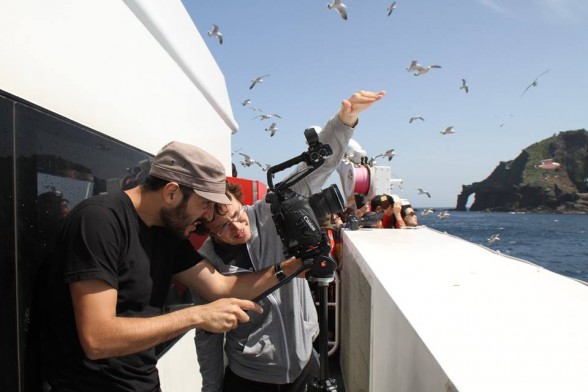 7) Why do you think so many people here have the islands tied up in their identity?

I think that it’s different for different people. Most of the people I’ve been following have been personally affected by the Japanese occupation directly through relatives.

With Gwang-min, his grandfather fought for the South Korean side in the civil war. So, he feels it’s the only way he can still fight for a piece of Korean land, like his Grandfather.

With Byeong-man, another one of my subjects, his father was put into a forced labour camp for 20 years during the Japanese occupation.

8) Who will this film be aimed at?

I definitely do want the main audience to be in the (East Asia) region of the world. But, I also think the fact that Dokdo is a land dispute, and it seems like it’s a purely ideological one, I think that really connects and transcends the island itself. So hopefully that will speak to wider audience than just in Korea. 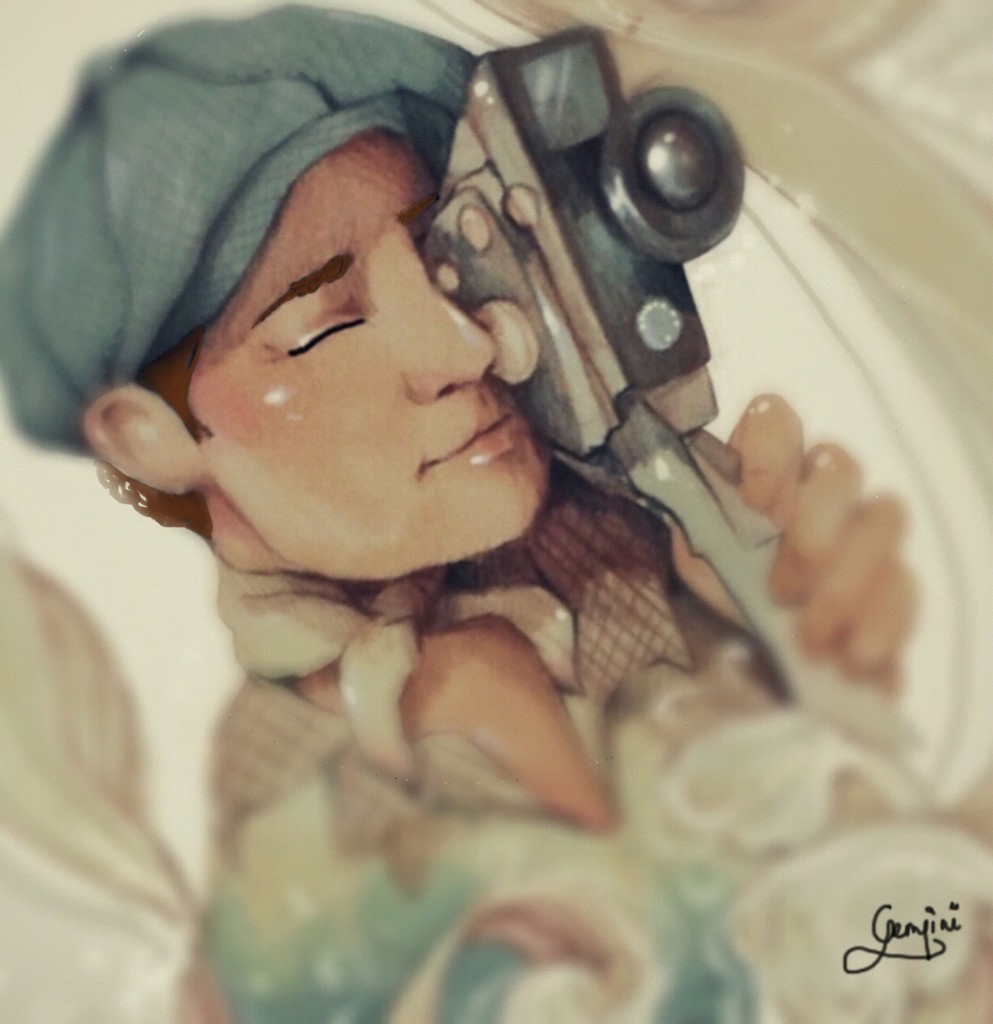 Hopefully by June 2015. Right now, and we’re only 60% done with the shooting, I have around 300 hours of footage and I’m probably going to end up with at least another 250 hours. So it’s going to take a long time to go through all the footage and cut it down.

10) What has the experience of making this film been like for you?

I’m incredibly impressed by how accommodating Korean people are. When we were filming Gwang-min, we didn’t have a place to stay. One of the women that worked in the school cafeteria asked if we wanted to stay at her place. Her and her husband were the nicest, most accommodating people. They made food for us, we drank a lot of soju, and had an impromptu noraebang (Karaoke) with them. It was one of the greatest experiences of this shoot. It’s been a great experience.

A note from the Editor-in-Chimp: This article was originally written for 10Mag.com. You should definitely check out Matthew Koshmrl’s Vimeo page for more awesome videos.

“SORRY I’m late, Ben,” the Labour Party candidate for Derby North Chris Williamson says to me as he greets me outside the train station….