Not so long ago – before Korea was divided into commie and capitalist-puppet halves and before it was annexed into a fascist empire – Buddhism and the folk traditions of the peninsular reigned supreme. I have no idea what the folk religions were, but they have to be way more fun than worshipping a skinny jewish guy who was nailed to a cross and whose father cares way too much about where people stick their genitals. Of course there was Confucianism, which isn’t so much a religion as it is a set of strict societal rules.

Anyway, the point I’m trying to make here is that you don’t see Korea’s cultural traditions all that much and when you do they’re are more simulacrum (Jean Baudrillard, anyone?) than historical reality. A tragic total-civil-war will see to the burying of all of that, rampant consumer culture only exacerbates it. So when you bump into a real (if the real even exists) tradition festival, it’s all the more special.

On a romantic walk along Busan‘s Gwanganli beach on the corporate sham that is Saint Valentine’s Day last year, I stumbled upon a paganistic display of arson and dancing. Little did I know that it was the first full moon for of the lunar new year (the Year of the Horse) and the festival revellers were hoping our planet’s satellite and its all powerful moonbeams would awash them in good fortune. 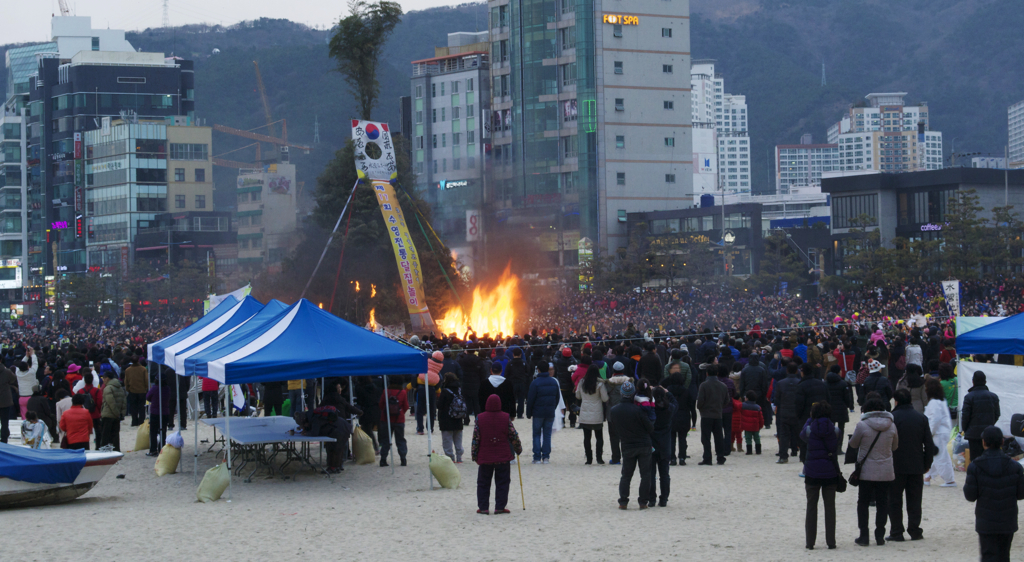 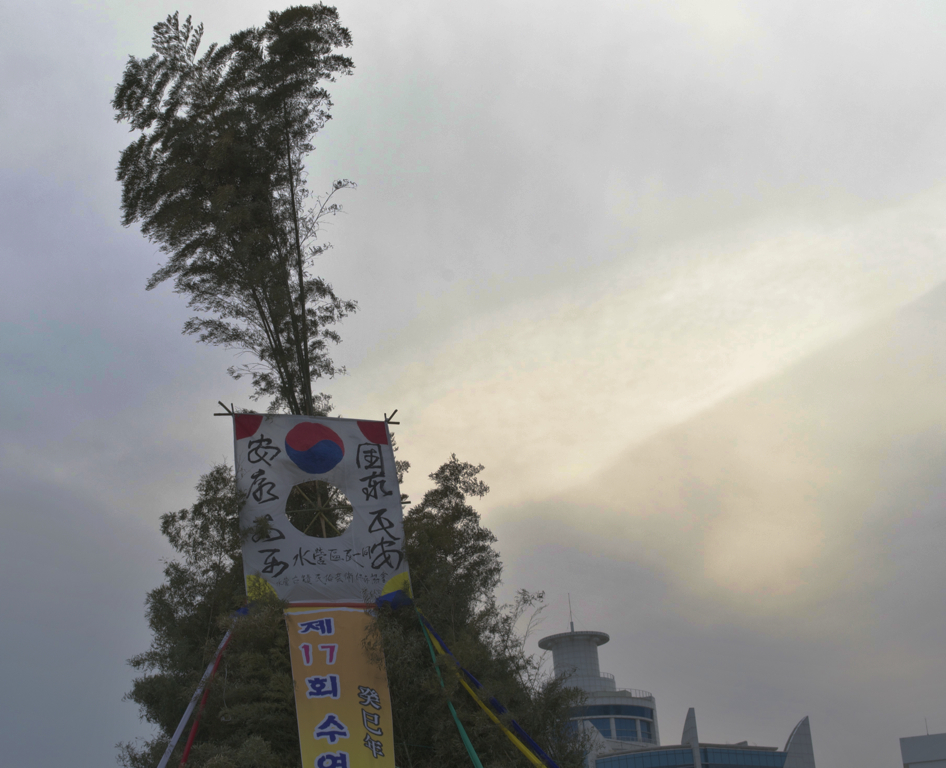 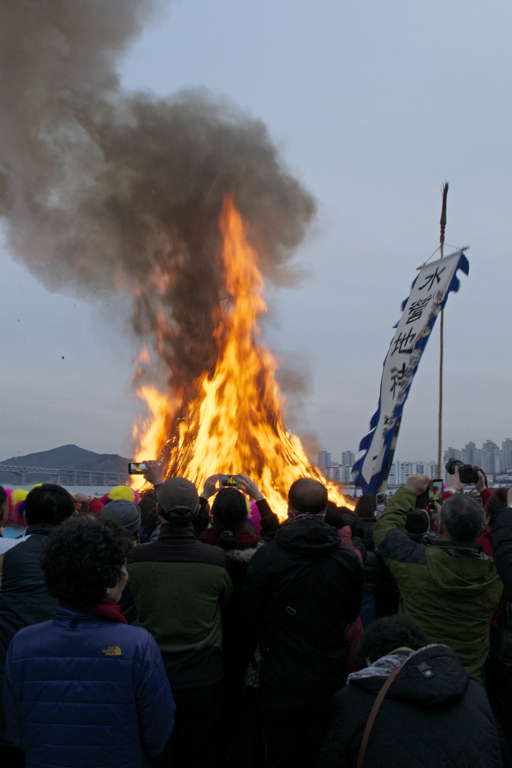 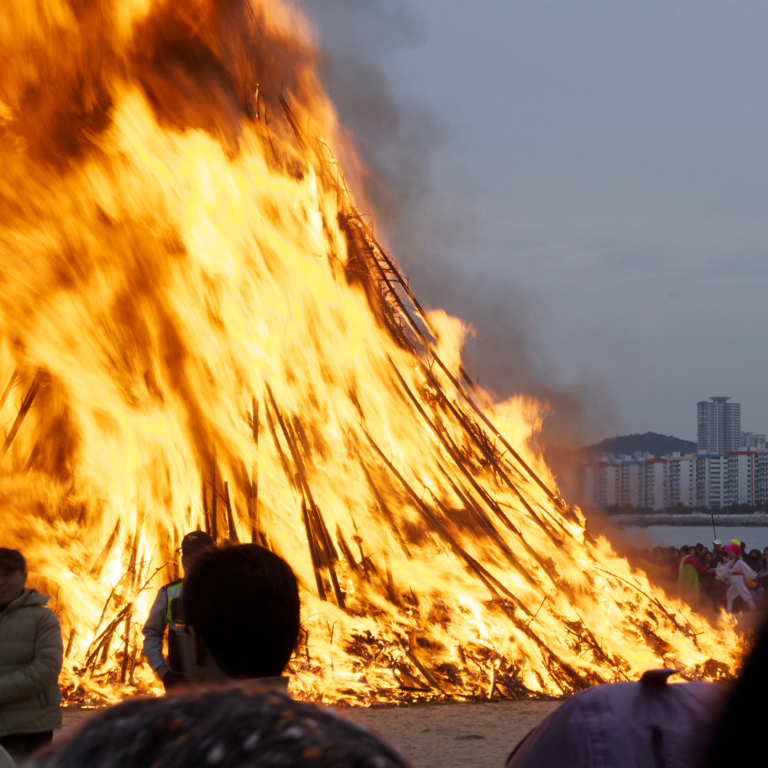 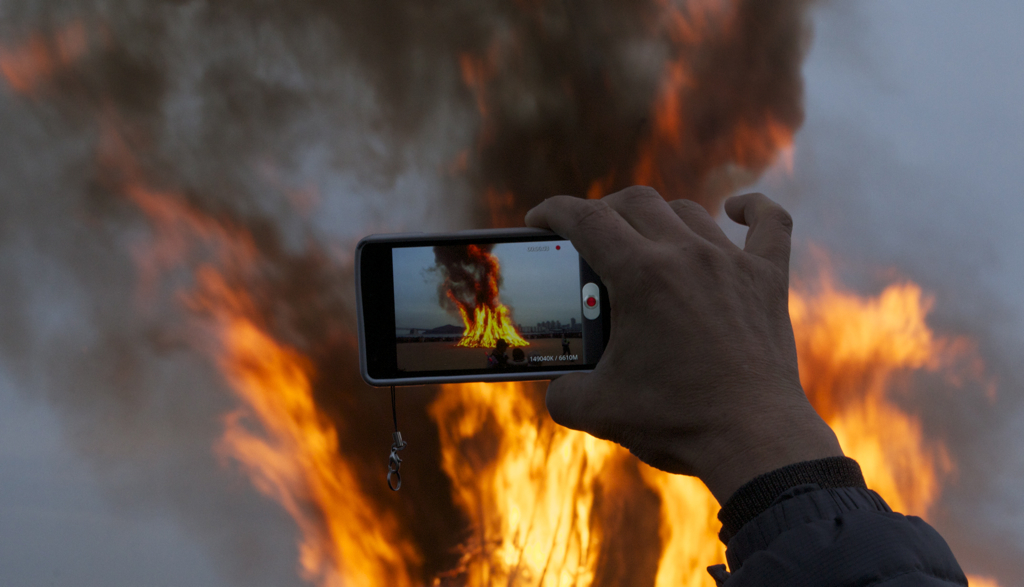 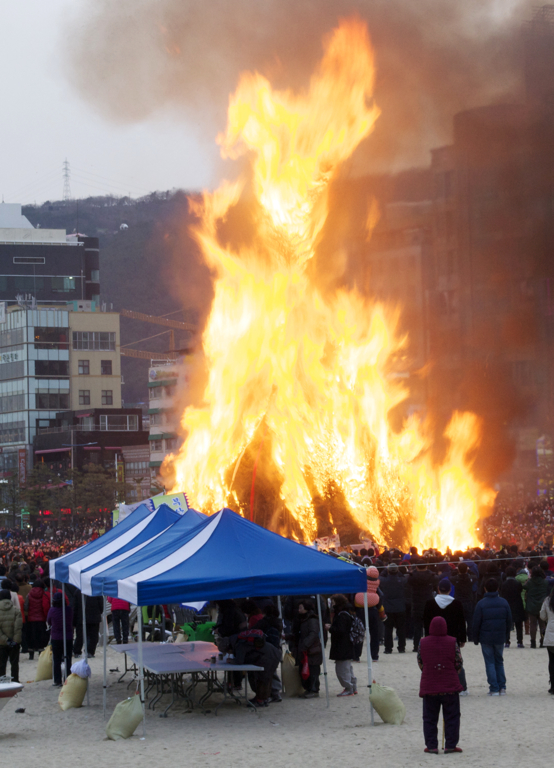 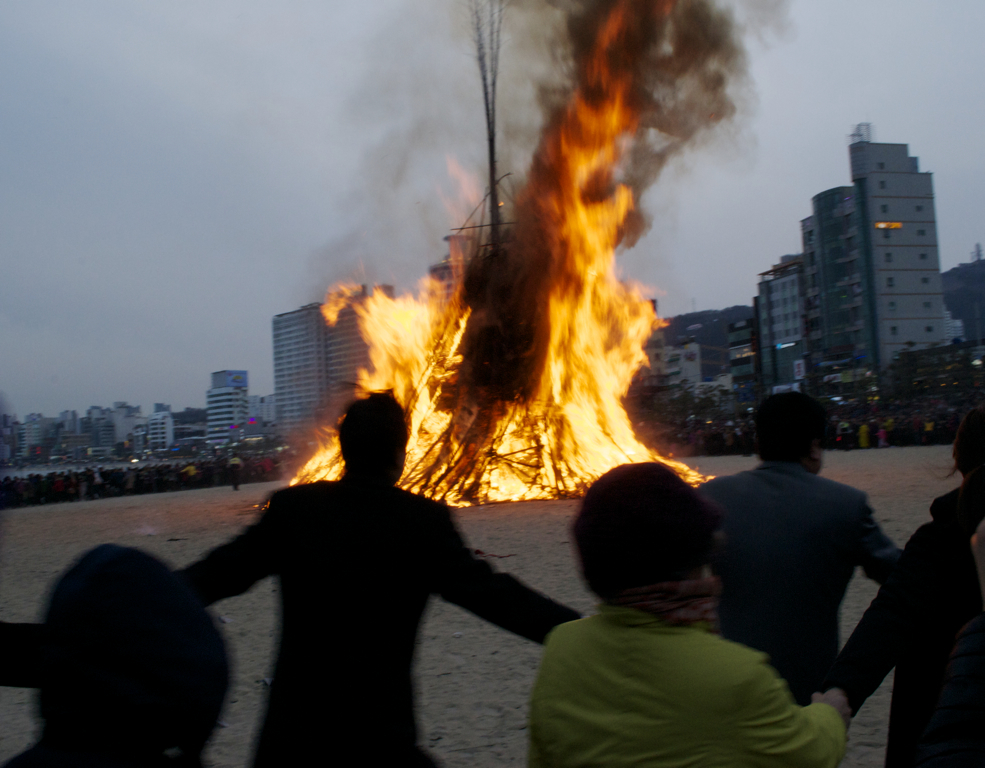