You might not think of Korea as a nation of drinkers, but they sure do love their alcohol. Not only does the nation have a lot of different alcohols, but when they’re out on the town, they revel in mixing them together. Honestly, you’ve no idea how far down the warren the rabbit can stumble. 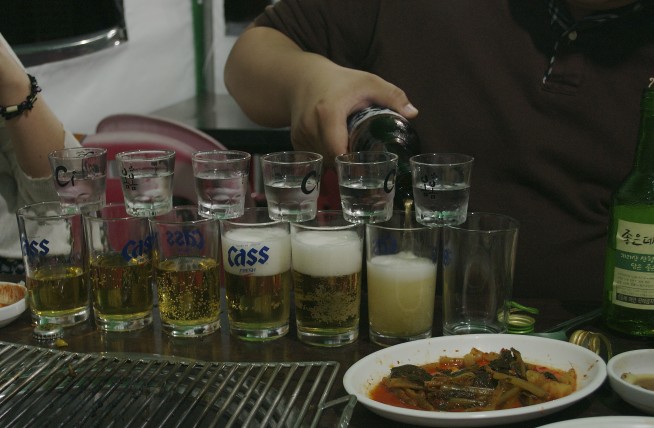 Anyone that’s ever visited Korea should be familiar with Soju, the nation’s favourite distilled rice liquor. The people here love it, and there is almost no occasion when the serving of soju is inappropriate. At around 19% proof, its strong, almost medicinal taste is often compared with vodka. Indeed soju is to Korea what vodka is to Russia. The cavalier mixing of this beloved intoxicant with beer (maekju, 맥주) creates an entirely new, yet still utterly Korean brew know as Somaek. The mixing of these two drinks is surprisingly delicious and, obviously, rather potent. 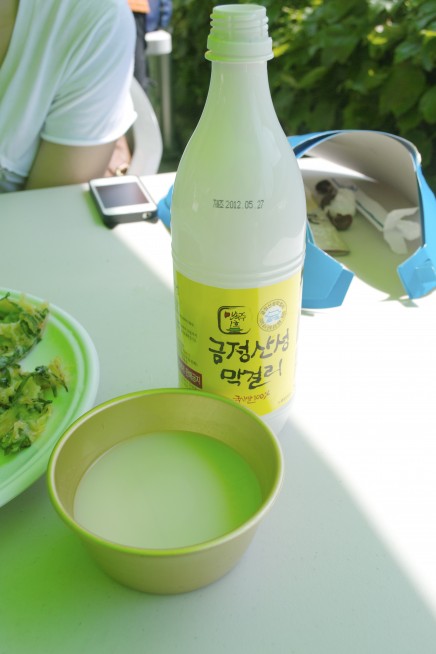 Given its sickly off-white appearance this rice wine tastes nothing like what you might expect. It’s sweet and tangy and comes served in a large communal pot, which is then dished out into separate drinking bowls. The more prudent drinker will often dilute Makgeoli with lemonade, which makes it all the fizzier. You can also find its cousin Dongdongju (동동주), which is slightly less sweet and occasionally contains small chucks of rice. 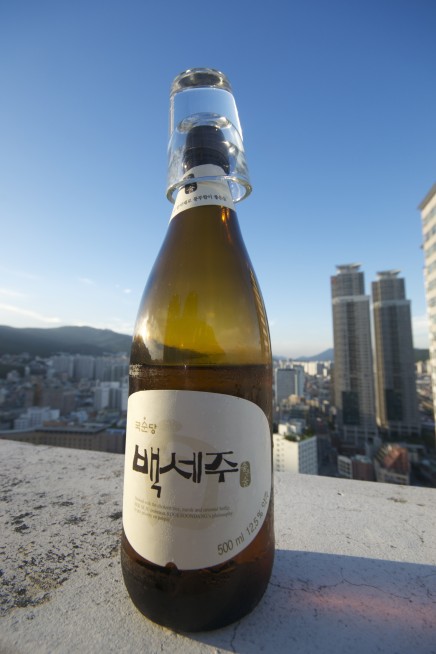 This slightly bitter tasting potation is made with ginseng, ginger, cinnamon, and all manner of herbs. Baekseju, translating as “100 Years Rice Wine,” is said to have alchemical properties that aids in the reaching the ripe old age of 100. It’s a little more expensive than other Korean rice-wines, therefore thrifty drinkers mix baekseju with soju forming Ohshipseju (오십세주, 50 years rices wine). It won’t make you live as long but it is lusciously inebriating. 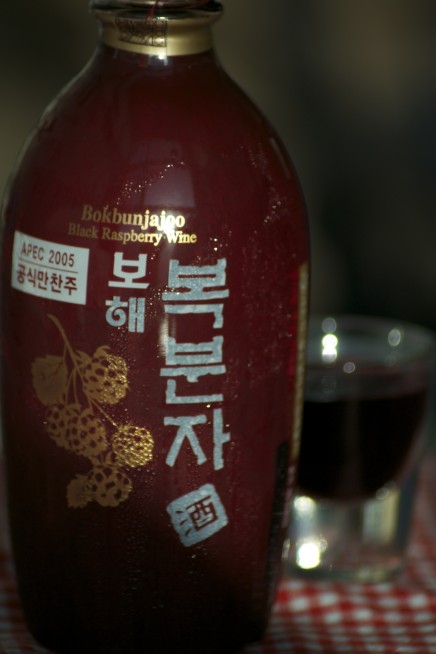 This delicious little tipple is as close to western wine as Korea gets. Instead of grapes this sweet and fruity vino is produced from mountain berries and is quite the favourite of young ladies. The drink also proves popular with guys, as it is said to be a potent aphrodisiac. 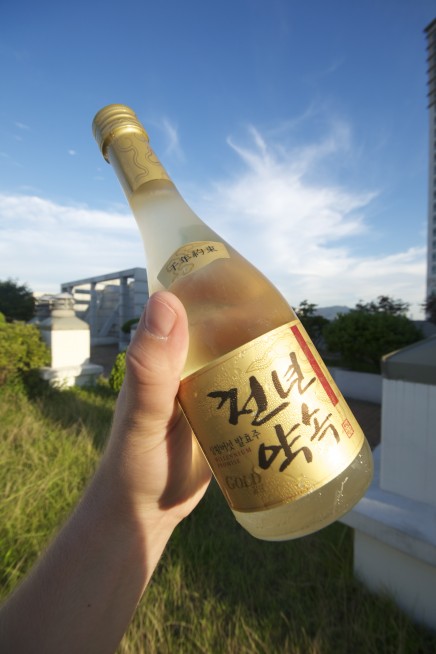 The official toasting drink of the Asia-Pacific Economic Cooperation (APEC) of 2005 in Busan, Cheonnyeon Yaksok, or “Thousand Year Promise” in English, is a fermented mushroom alcohol special to Korea. It’s slightly sticky, sweet and comes with a pleasing aftertaste. 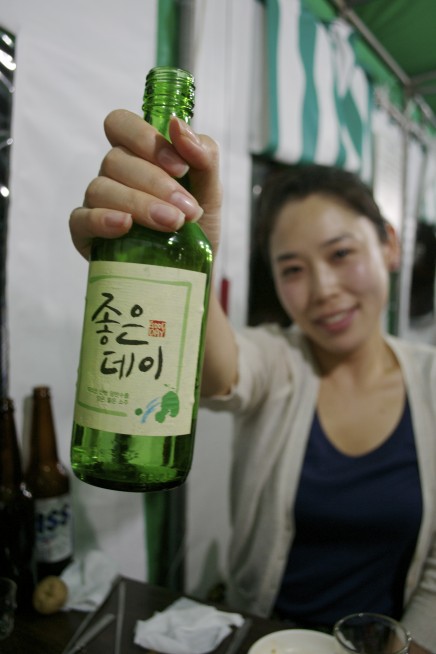 As with just about every social encounter in Korea, there are a panoply of social rules to observe, especially if the occasion involves co-workers or elders. As a foreigner, however, you should be fine to smash any and all taboos with near-complete impunity.

One of the first things you’ll notice is that Koreans rarely pour their own drink. Usually the youngest person at the table will do the honours, holding the bottle with both hands. Men quite often pour with a straight back and one hand flat across their chest. Should the person pouring your intoxicant be older then accept it with both hands on the glass.

A note from the Editor-in-Chimp: This article was originally posted here on Travel Wire Asia. Go and check them out too if you like.

“A Weekend Warrior: A person who holds a regular job during the week which restricts their ability to party/go on trips/partake in awesome activities,…