A casual glance at 32-year-old Swedish branding-design mastermind Fredrik (Freddie) Öst and one would hardly label him a Swede. His smallish frame, long black hair, and Asian eyes place him from this part of the world.

Born somewhere in South Korea, sometime in July 1981 to unknown parents, his entrance into the world contrasts the style and flair of the man now. Not long after birth, he was found wrapped up and abandoned in a police station; a discarded infant, barely a few days full of breath. He was sent to an orphanage to await his fate as an international adoptee. A few months later, he was sent to Sweden, as two new parents awaited anxiously.

His life was typical to that of any other Swede; kindergarten, grade school, secondary school and an eventual stint in the army the culmination of which lead to studying at the centuries-old Cumbria Institute of Arts in the UK and becoming a designer. Freddie would later go on to co-found Snask, an internationally renowned design, branding, and film agency based in Stockholm, where he now serves as creative director. When asked to translate the company name, Freddie quips, “Filth, gossip, and candy.”

After founding Snask in 2007, Freddie and his co-founder Magnus Berg, have focused on rejuvenating businesses, organisations, events and their brands with imaginative logos, films, and advertisements.

A 2011 feature in Computer Arts Magazine described Snask as a “funky young company” that believes it’s always better to get strong, passionate reactions and make a few enemies than to fade into the background, while referring to Öst and Berg as larger than life.

I caught up with Freddie, the orphan-done-well, over Skype early one morning. Over the course of our conversation, we discussed topics including his life, the possibility of returning to Korea and finding his birth mother. 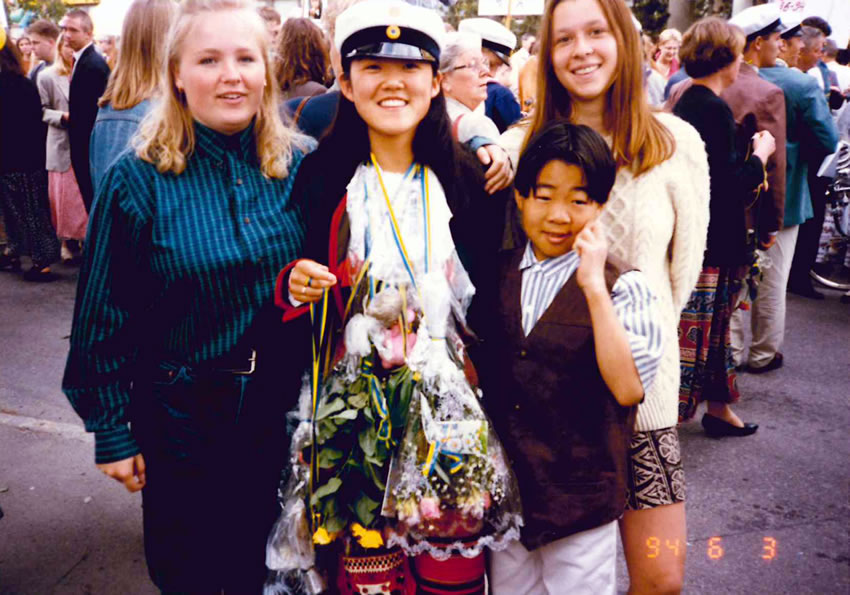 Growing up an orphan was the norm in Freddie’s family: Image provided by Fredrik Ost.

Freddie remembers nothing of his 4,500 mile transition to the snowy lands of Scandinavia. Back then, he was a small Korean boy in a country full of tall blondes. His foster parents had no choice but to be straight with him about his past. In this new family however, being an orphan, as Freddie explains, was normal.

Had he stayed in South Korea, he believes he might have died already. “I was at the orphanage for a while and then if I came out, I would have lived on the streets. In Korea, it’s a lot about having a family to support you. So, the chances must be so limited if you’re an orphan.”

Freddie feels no resentment towards the woman that left him alone on fate’s doorstep, instead he empathises with his biological mother’s actions. “I imagine it’s a poor young girl who got pregnant and couldn’t take care of her child, or was ruining her education or future in doing so. I don’t think that anyone wants to give away their child, but I understand.”

Owing to the success of Snask, Freddie and co-founder Berg have traveled much of Europe, North America, and China, lecturing on the importance of creativity. Yet so far, his travels have not led him back to South Korea where it all began.

The peninsula fascinates him though and one day, he would like to bring Snask to his birthplace in some capacity. “It would be strange of course”, Freddie muses on the possibility of return. “But I would also be like, ‘Hey, everyone looks like me here. They’re my height, this is where I’m from; from the beginning.’ It would be a culture shock, but I would suck it in like a sponge.”

His biggest concern for South Korea is, unsurprisingly for an art major, a lack of creativity.”In China, I got the impression there’s no creativity. They learn to do what they’re told, but when they’re supposed to come up with something on their own, they don’t have a clue what to do.”

He wonders if South Korea is the same. I tell him that many Koreans might likely agree. “Shit. That’s gonna be really frustrating, but really interesting. I learned to, well everyone in the Western world and especially in Sweden, to say what I think all the time. In my profession, saying what you think is the single most important thing. It would be interesting to see the difference between me being brought up in Sweden and being brought up in Korea.”

One of  Freddie’s fascinations is the rebranding of nations. I ask him to suppose that North Korea wanted Snask to rebrand them.

“It’s an interesting question. Their government is so terrible today; they would need to change before we could look at their branding. Although, maybe if there was a lot of tourism, the people there would have the chance to see and talk to more people from abroad, and get knowledge of the world outside.”

What about the South? “They should be a bit more cocky, you know? As a country, they should be like, ‘Hey we are super, super innovative.’ I would really like Snask to be, uhm, how do you say not a role model, because that’s so narcissistic … something they could choose to become. A lot of the things we make are about having self-confidence, being a provocateur, and questioning things. Don’t be afraid to show that you love someone, and if you think something is bad, say it!” 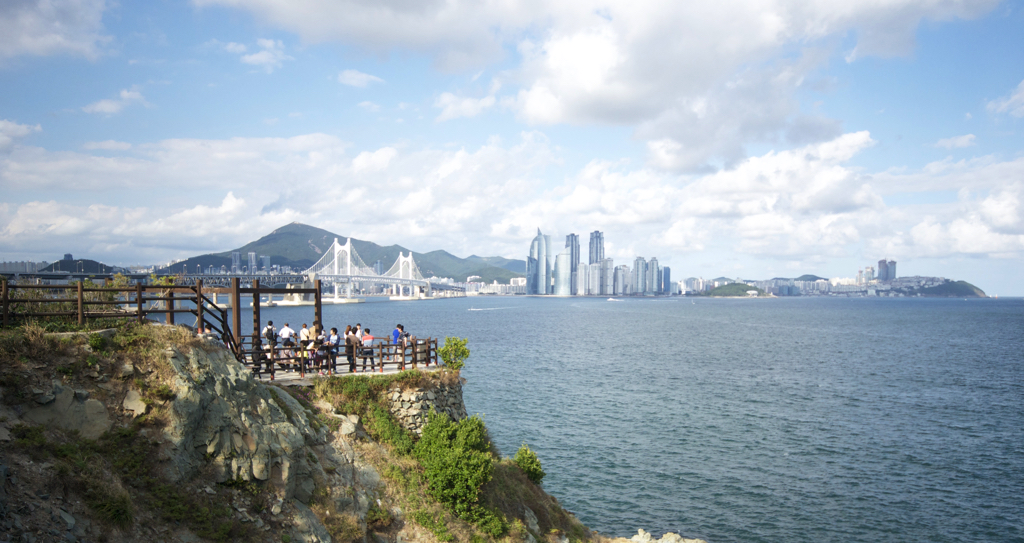 Before wrapping up our conversation, Freddie quickly asks, “Is Busan the same as Pusan? Because when I said I was orphaned in Seoul, I think I was wrong. In my passport they wrote Seoul, but I was from Pusan.”

I tell him it’s the same. To Freddy, it seems like returning to Busan and tracking down his birth mother is not a step he’s quite ready to take yet.

“Firstly, it’s gonna be people I don’t know. If I’m going to get to know them, then I will take on another family in my life, which I am going to start to care about. Right now, I don’t want to do that. But maybe in the future I will make the decision. Maybe.

This article was originally written for Busan Haps, you can read it here

Lets Speaking Engrish I don’t quite know why I enjoy bad English written on important looking signs so much. Perhaps it’s the awkward placement…