“A Weekend Warrior as defined by urbandictionary.com: A person who holds a regular job during the week which restricts their ability to party/go on trips/partake in awesome activities, and thus plans epic weekend adventures to compensate.” 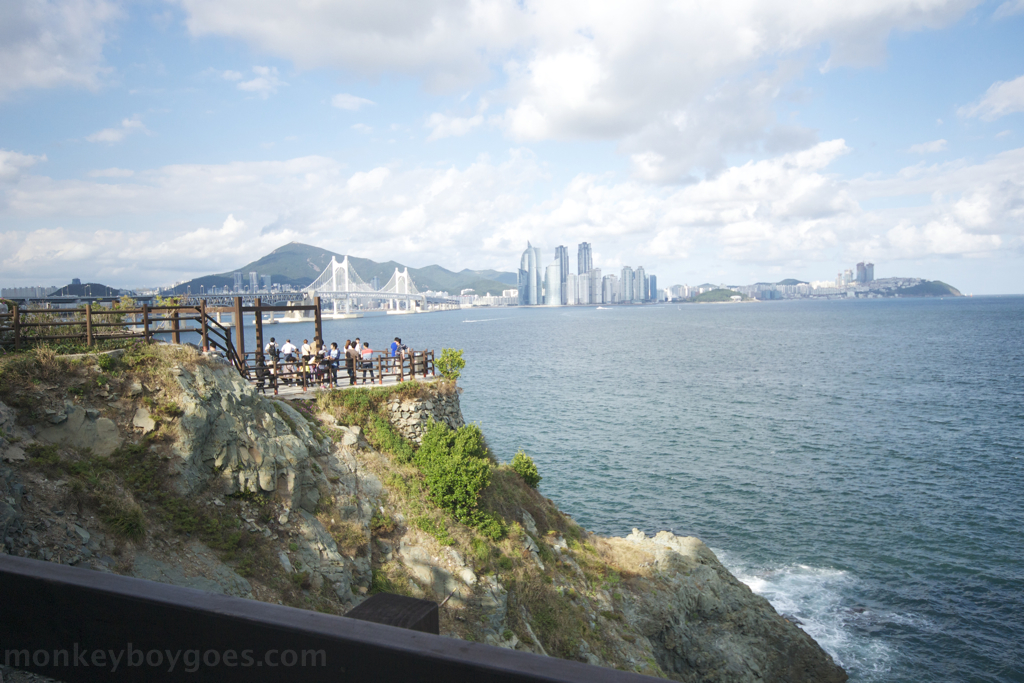 It’s Friday afternoon and with little more than 48 hours of precious freedom standing between you and the drudgery of Monday morning, any self-respecting Weekend Warriors knows free time should be exploited, and life lived to the full. So grab your buddies, a couple of KTX train tickets, and blast down south to the epic costal metropolis that is Busan.

With such an intensely large amount of things to experience in Busan’s busiest month, there’s no way you can cram it all into those 48 beautiful, stress-free hours. This Weekend Warrior’s Guide will ensure you see the best that Busan has to flaunt. 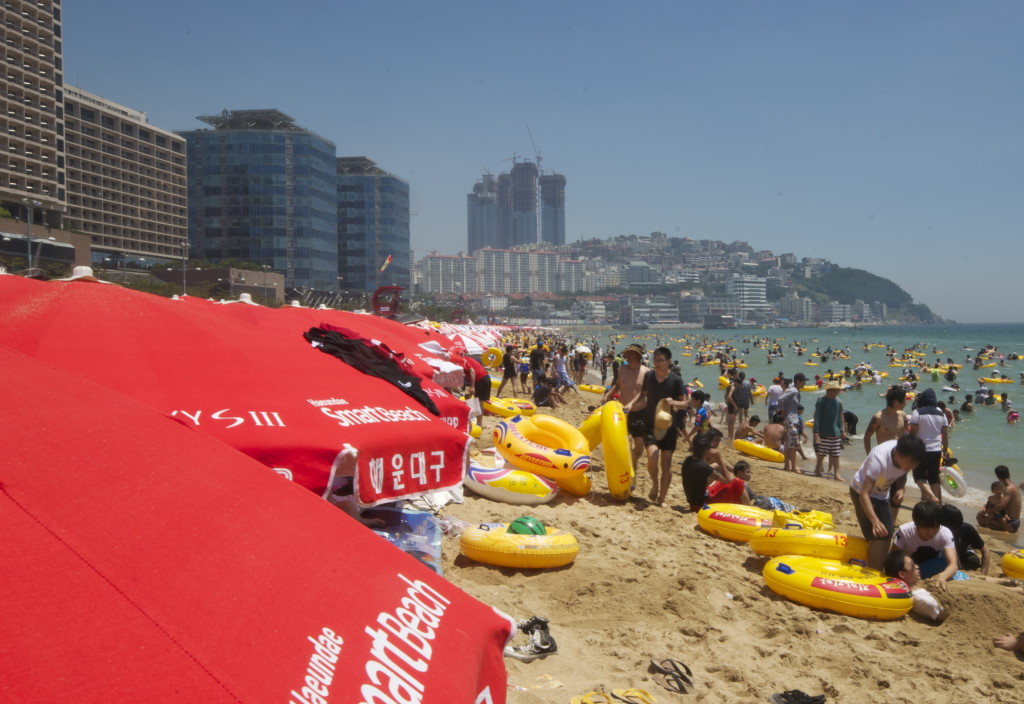 Just a couple of subway stops away from Busan Station is Nampo-dong (남포동), one of the sites of the Busan International Film Festival (BIFF) and most interesting parts of the city. Take in a film, meander through the busy streets, and chow down in the myriad of restaurants and street food stalls. Make sure to take in the grandeur of Busan held high atop Namsan tower. If it’s seafood your after, head over to Jagalchi Seafood Market (자갈치시장), close by. 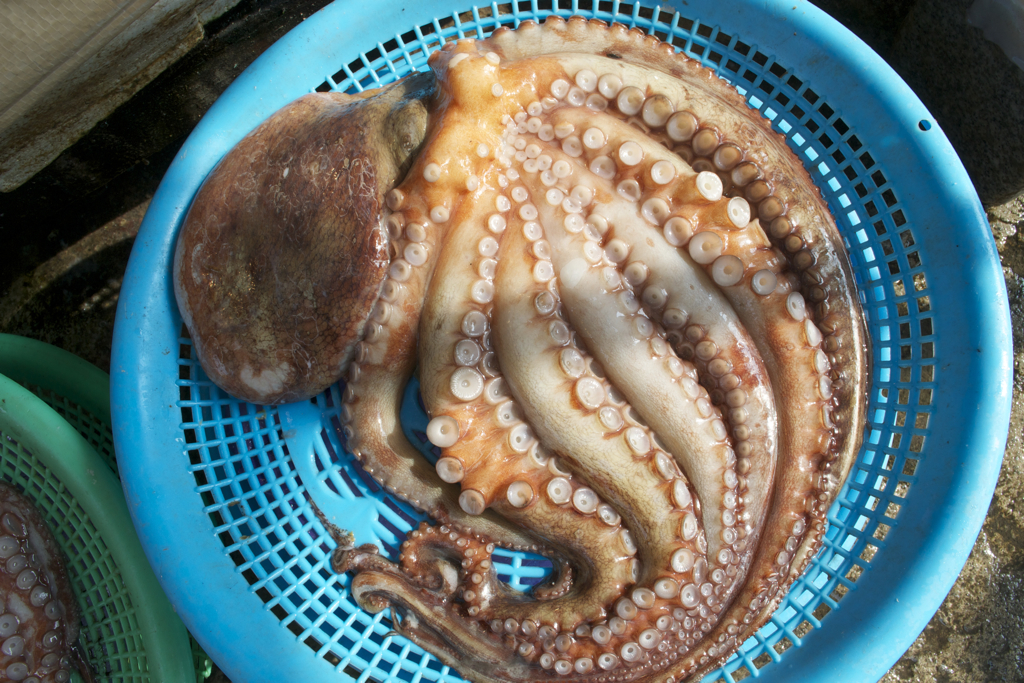 Autumn coats Busan’s mountains with its trademark shades of brown, red and orange. Therefore Geumjong Mountain (금정산), located in the northern part of the city is perhaps a better place to gaze upon Busan from a god-like height. Cable car up the mountain, then Indiana Jones along the cliff tops, stroll along the ruins of Geumjeongsan Fortress (금정산성), peer at the Buddhists rock carvings at Seokbulsa temple (석불사) and pig out in one of the many ajuma shacks that hangout up there.

Beomeosa (범어사), one of Korea’s most famous temples is another popular spot and outrageously beautiful in the fall. The complex is very serene and dates from way back when. An arguably more interesting temple to contemplate would be Yonggunsa (용궁사); a site to behold as the temples cling to a rocky coastline and contain many a bizarre statue.

If the weather’s still holding up this late into the year, get over to Haeundae Station (해운대역) and crash down on Korea’s premier beach. If its gnarly surf you’re after, taxi ride further still to Songjeong beach (송정해수욕장), and hire the gear from the surf shack there.

So you’ve explored the city by day and now it’s time to paint the town red. The best place to start the night off is Gwangan-li (광안리). The restaurants and bars that line the beachfront offer plenty of places to dine, drink and gaze upon the night-time spectacle of Rainbow Bridge. All the cool kids here tend to hang out at Beached Bar, Thursday Party and Sharky’s.

When you’re ready to take the night up several notches, check out the pumping tunes, pulsating lasers, superstar DJs and hypnotised clubbers at one of Haeundae’s discothèques: Maktum, Murphii and Elune are the most popular.

If you’re seeking a more boozier, cheaper and slightly sleazier evening, then bounce over to Kyeongseong University (경성대). This part of town is very popular with students and the expat crowd. Good bars to drink oneself silly in are HQ, Eva’s Ticket, Blue Monkey, Ol’55 and Vinyl Underground. 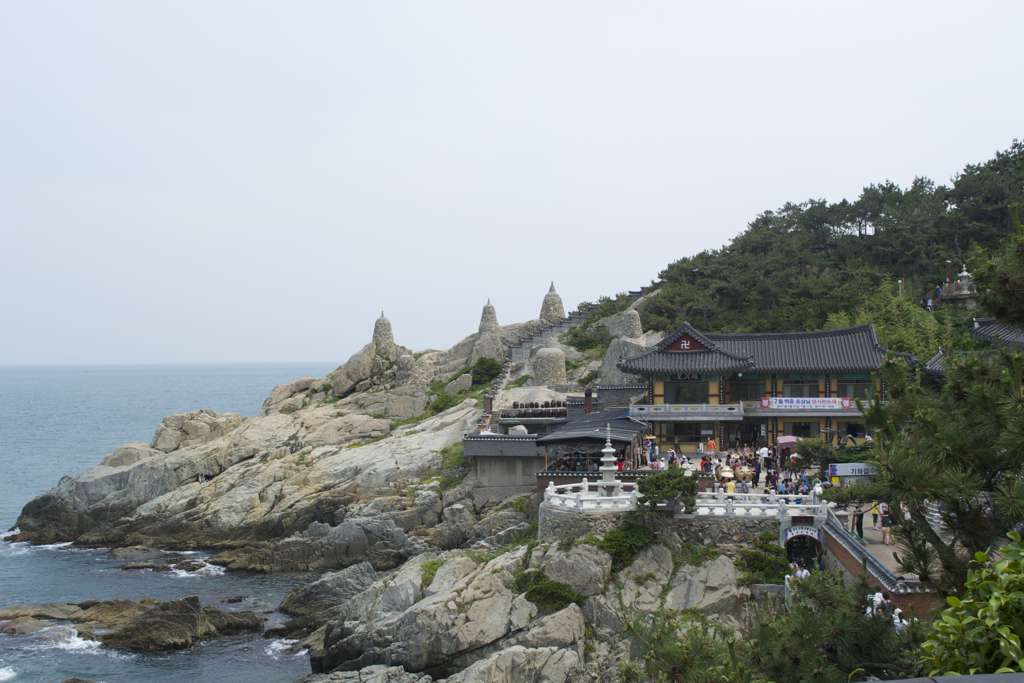 In the summer, Busan is the destination of choice for Korea, yet there is so much more to the city than its beaches. At least one trip down is essential for any and all expats living it up in South Korea.

A note from the Editor-in-Chimp: This article was originally published in the October 2012 issue of 10mag. You can read it online here if you like.

‘Advice is a form of nostalgia, dispensing it is a way of fishing the past from the disposal, wiping it off, painting over the…