Korean cuisine is a cornucopia brimming with hot soups, stringy noodles, barbecued meats, unidentified vegetables and lip melting spices. With every pyeong of Korea’s megalithic cities given over to dining, it’s no wonder so much food has spilt out onto the busy streets. Good thing too, because it’s out here, free from the entrapment of four walls, where the street food connoisseur can chow down some of the best dishes on the peninsula. Here are some of the most popular Korean street food delicacies: 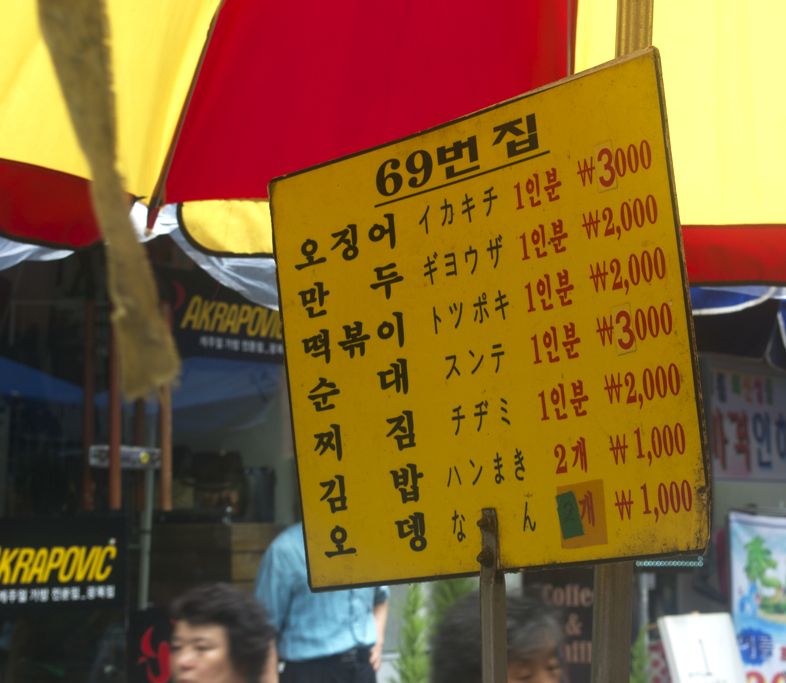 The staple meal of the streets has to be Tteokkbokki. Chunks of rice cakes, slices of odeng and the occasional vegetable huddle together in a sweet and spicy hot-pepper sauce. Spiciness varies from the not-at-all to the lower reaches of hell, so you might want to inquire before you get your tongue around anything. 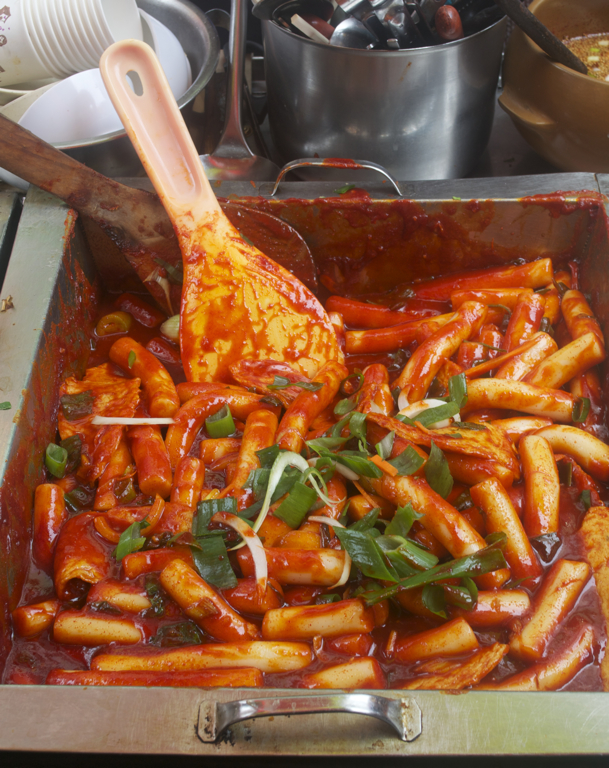 Odeng, another street staple, is soft fishcake similar to cured ham… only much more fishy! Odeng is to be found in many dishes in Korea. On the streets however you’ll most likely find it skewered on a stick and simmering in a piscine broth (국물 guk mul). It’s standard protocol for customers to help themselves to Odeng. Just tell the ajuma how many you’ve eaten when it’s time to pay up.

Pig’s intestine loaded with cellophane noodles and herbs… sounds a little gross, doesn’t it? Trust me, though, it’s outrageously moreish! This blood sausagey like dish is usually served with a side of onions, salt and samjang (쌈장 – yet another spicy pepper sauce). 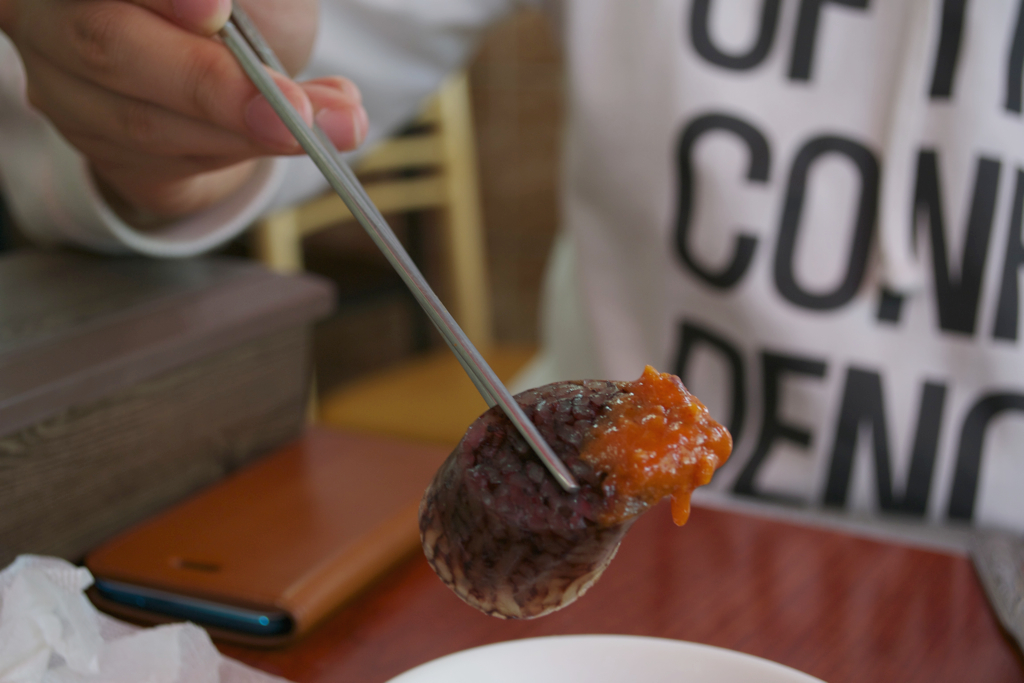 Originating from China, Mandu is also gobbled down in the busy Korean streets with a fervency. Encased inside each deep fried shell of mandu are chopped up noodles, rations of pork, and herbs.

Bondaegi is strictly for the adventurous palate! Served in a paper cup, bondaegi are boiled silkworm larvae.  You won’t find them everywhere, but they are quite a popular kids snack. Give it a go if you think you’re hard enough. 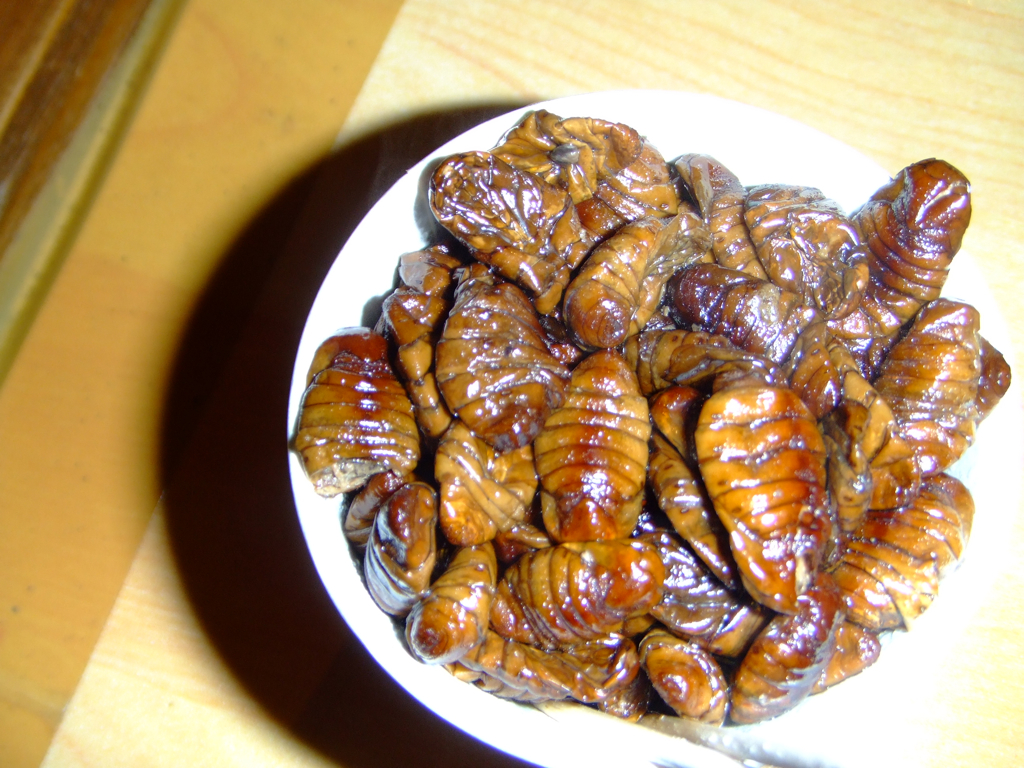 Boiled snails. There’s not much to say about this treat really, other than that they are snails and boiled. No flavouring, no sauce, just edible molluscs in a bag. Yum!

Okay, not very Korean really, but commonly found on the streets with a Korean twist; namely enough syrup to melt the teeth right out of your gums. Still, quite tasty though. 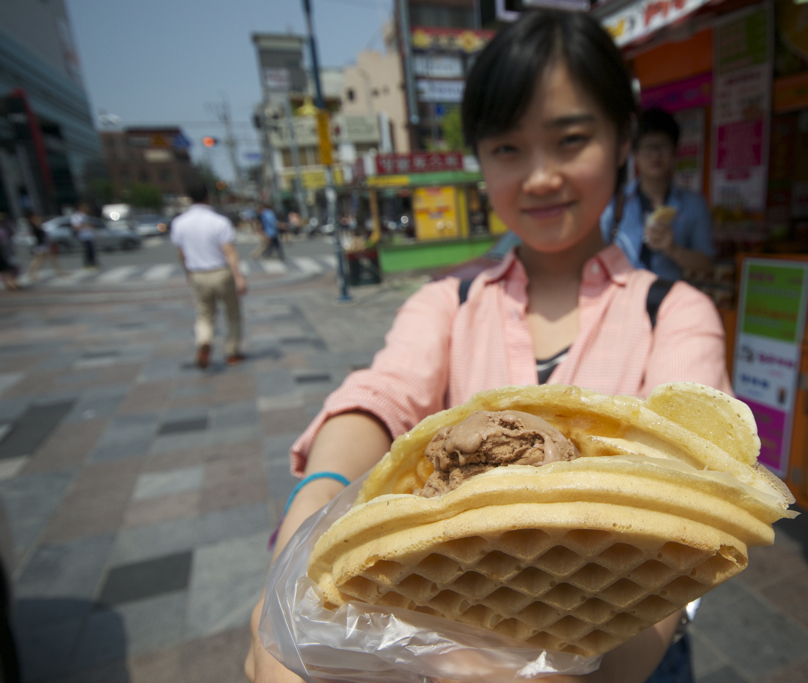 The smallest spattering of Korean is all you need when ordering street food in Korea. Just point, count on your fingers and smile; you’ll be fine. As a general rule: If there’s a stick poking out of it, help yourself. You can also drink as much guk mul as you like from plastic cups by the odeng. If the ajummas working at the stall assumes her foreigner customer to be a newcomer to the peninsula,  she may try to warn off the spicy food. 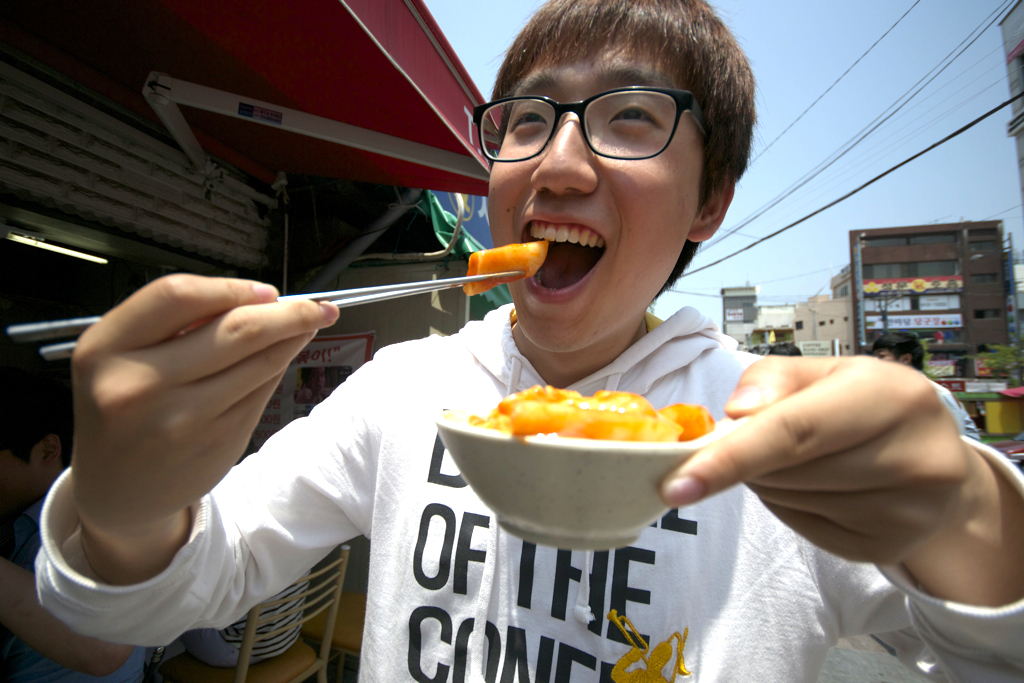 If you thought this food was weird, check out the bizarre way it’s advertised here: Bite Me: Misozoonistic Advertising

A note from the editor-in-chimp: I originally wrote this for Travel Wire Asia. You can read it there too. Also a huge kamsamnida to my friends here who volunteered to pose for me… and of course to the lady that paid for it all (who refused to be photographed) .

You might not think of Korea as a nation of drinkers, but they sure do love their alcohol. Not only does the nation have…