After canning it up the hill at what must have been record speed, I couldn’t get off the mini bus fast enough. The nausea eventually subsided as I peered down at the sloping, vibrant neighbourhood of Taeguk Village. The colours and short stature of the buildings were a stark contrast to the grey tides of the city we left behind. The necessitous of the town only added to its charisma. Wondering the narrow alleys between the brightly coloured, tightly packed shabby homes of the hillside village, I felt as though my girlfriend and I had been transported to the third world.

The brochure/map for Taeguk village likened itself to the picturesque Greek island of Santorini. However the sloping view of the sea was where the similarities ended for me. I thought it typical of Korea to big up this village by comparing it to the exclusivity, luxury and pretensions of Santorini. I reckoned a more honest comparison would be with the slight less marketable favelas of Rio. But then, who’s going to slam “Shanty town” on their tourist paraphernalia? 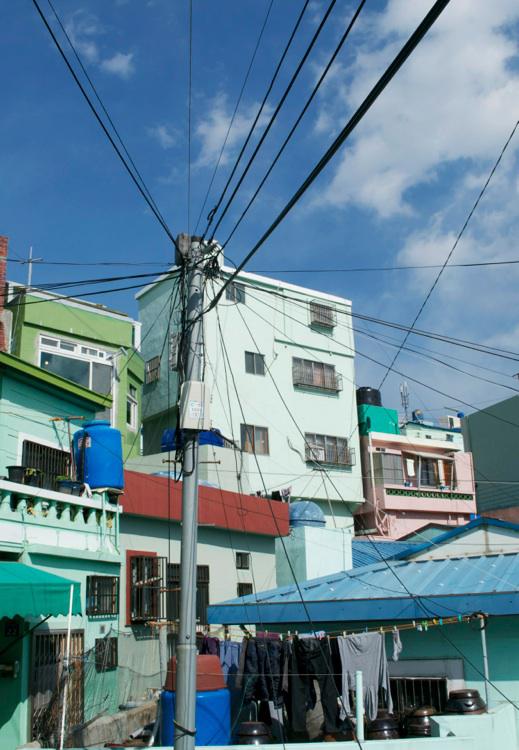 It’s my understanding that Brazil’s favelas were formed as the poor evacuated Rio de Janeiro’s climbing expenses in the seventies, combined with a diaspora of rural communities seeking a better life in the booming city. Without anywhere else to go the destitute erected makeshift homes on the outskirts of the city of Copacabana, nightlife and sex.

While not in anyway similar to the danger or poverty of Brazil’s Favelas, Taeguk shares an equally sad story. During the Korean Civil War of the fifties, thousands of people were uprooted from their homes and forced to murder their fellow countrymen. At the start of the war, Busan was the only city to hold out against the sweeping advances of the communist North. Taeguk village was designated as a stopgap refugee camp for the resulting droves of displaced peoples from all over Korea. When the ceasefire effectively ended the conflict many of the exiled refugees stayed. 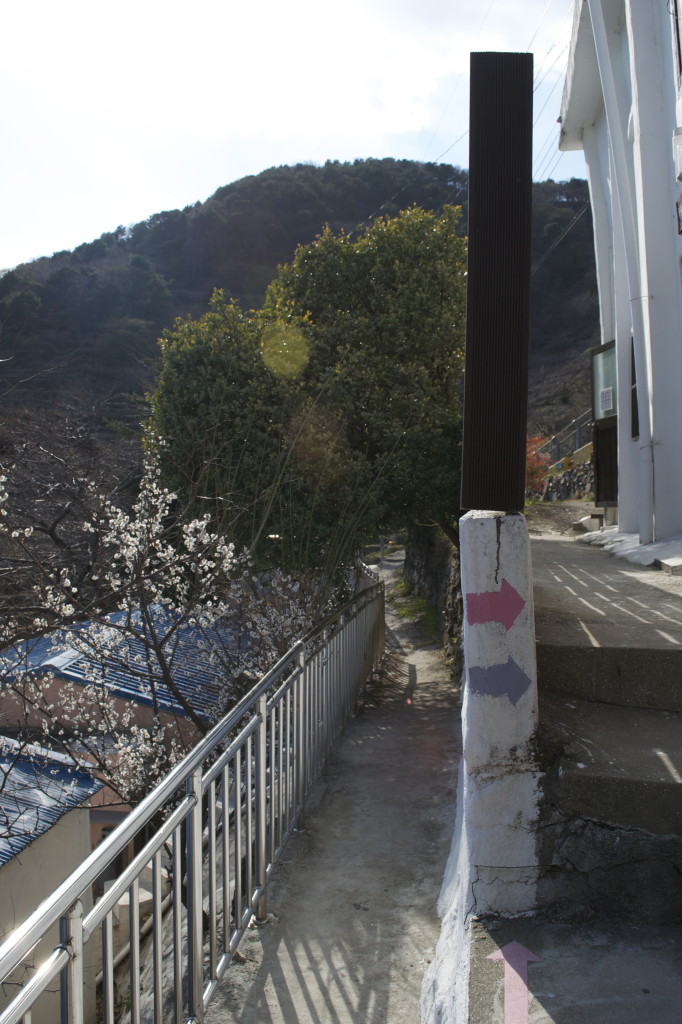 Unfortunately, the economic success of Busan since then had mostly passed Taeguk village by. As the rest of Busan developed into a behemoth city, erecting high raise apartment blocks, record breaking department stores, beach resorts and super highways, the village remained a backwater where things moved at a snail’s pace.

However, Taeguk village has since found refuge in the final sanctuary usually reserved for scoundrels: Tourism. Without any real touristic assets to speak of; say a sexy beach, sleazy casino, plunderable ancient ruins or natural beauty to leech off, the village needed some creative thinking.

In much the same way as the Favelas were painted bright colours to appease residents and pander to tourists; the ministry of culture, sports and tourism stepped in with its Art Village Project in 2009. 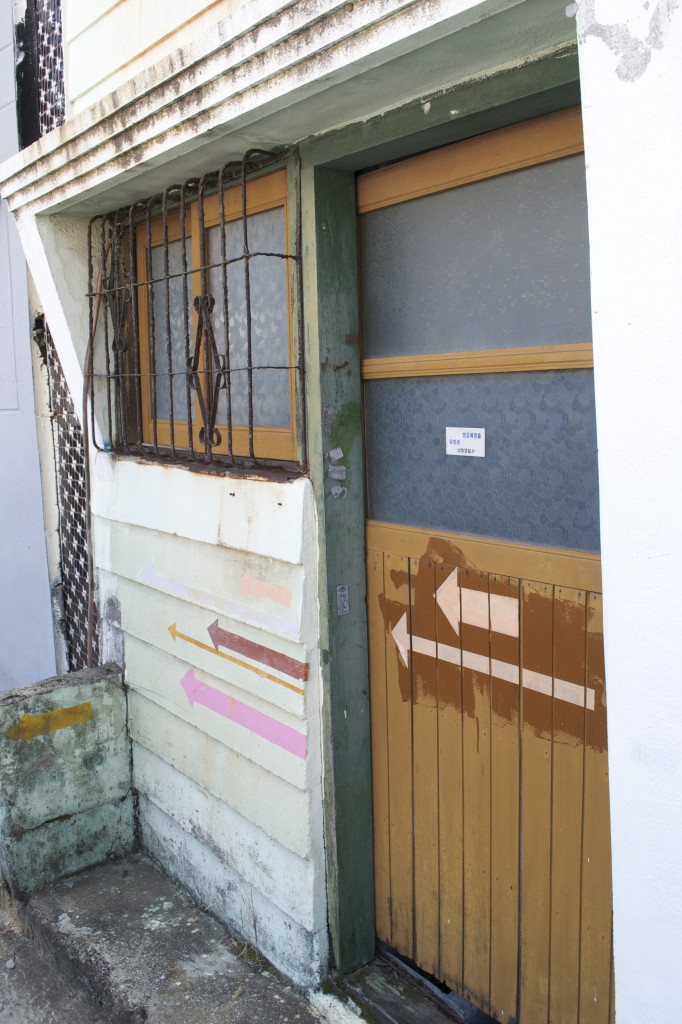 Now the much more creatively titled Miro Miro Project has transformed the previously skint village into an urban art gallery for the middle classes. The houses once seen as archaic and a source of embarrassment for the residents are now flogged off as Korean cultural heritage. The interlude from the clangour of traffic, hordes of people and constant development have bestowed the place with a rare and peaceful quietude within the second city. While the kooky art projects have also given the town a down-the-rabbit-hole like experience. After a whole afternoon of general moseying, slouching and interacting with modern art, we found it hard to tear ourselves away and return to the insanity of Busan. 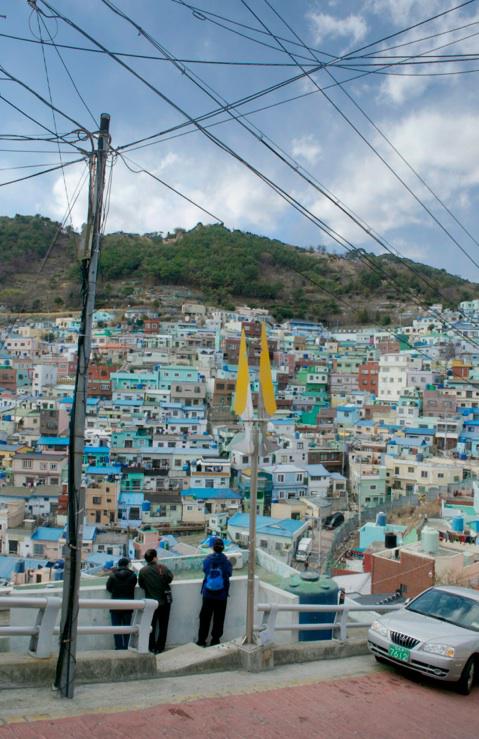 Every now and again I become disheartened by the conformity of Korean cities. Take a glance down any street, jump in a taxi for 10 minutes and no matter your destination, chances are the two streets could have been twins separated at birth. You might also notice the majority of cars are only available in 5 colours or ten shades of grey.

It seems that there is perpetual development going on in Korea. In every apartment my hat has hung these past four years in the so-called Land of the morning calm, I’ve been rudely awakened by wankers drilling, digging or generally causing a terrible cacophony of noise at some ungodly hour. Just open your window and I bet you’ll hear the sound of construction. 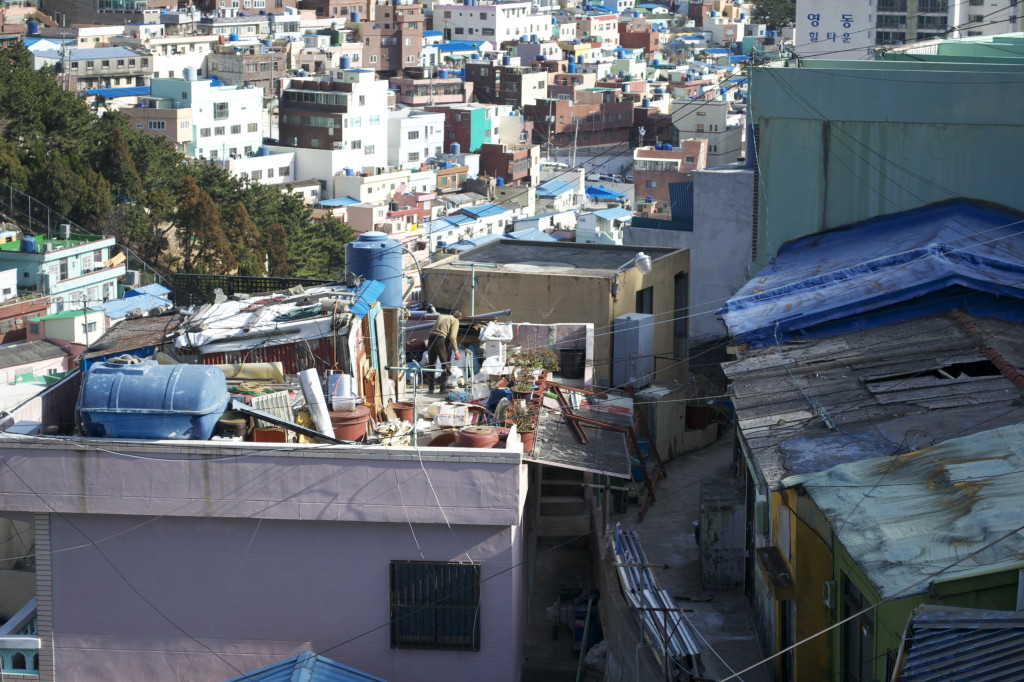 It breaks my heart to see scruffy, quirky residential areas get swept aside in order to raise vulgar communist style, personality exempt, ridiculously named, apartment blocks in their ashes. 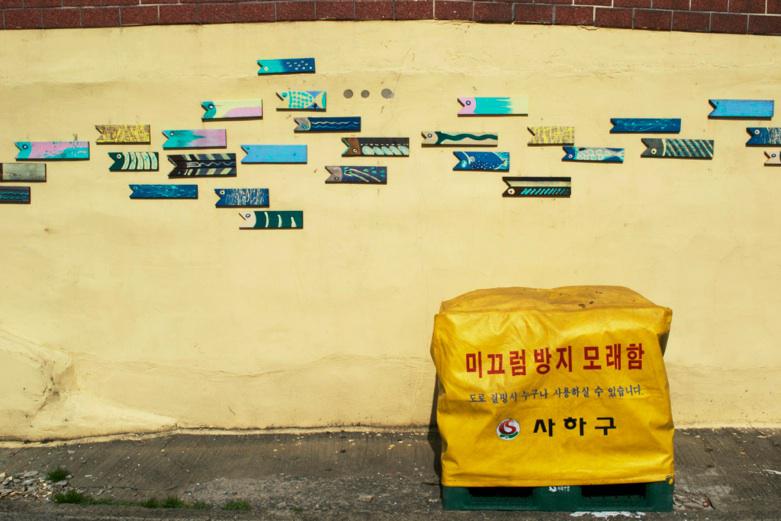 However, if your willing to put in the time, it’s possible to unearth a scattering of eccentricities in a Korean metropolis. Taeguk village is the best I have found in Busan thus far. The town restored my faith in Korean cities by showing me that they could be, and in parts are just as beautiful, quirky and brimming with individuality as Santorini or the Favelas of Rio. 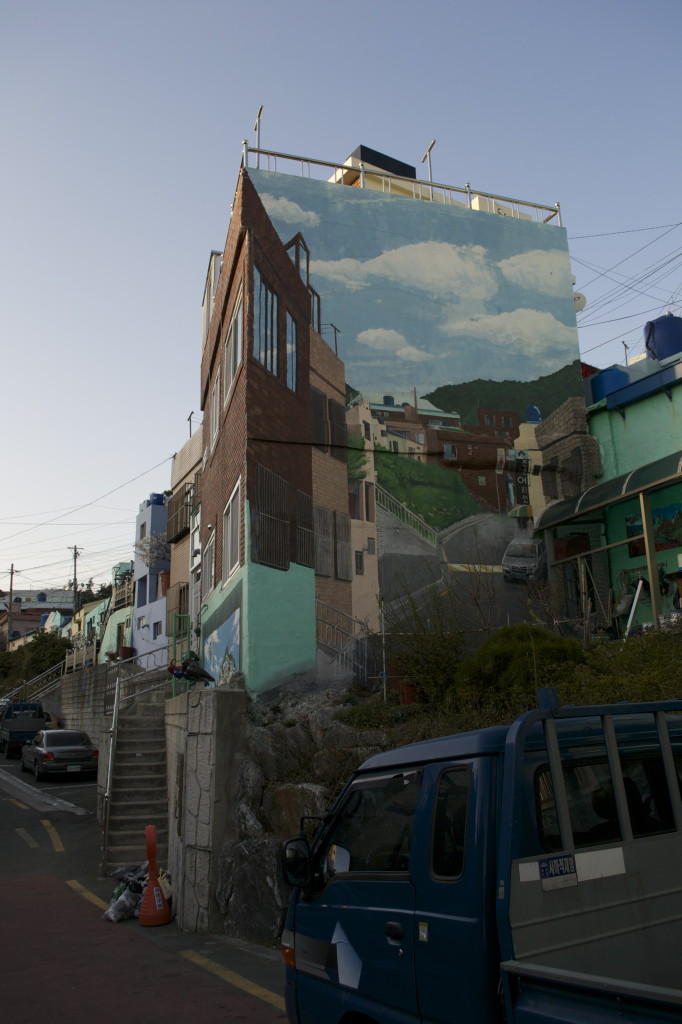 If you’re down in Busan, grab your camera and head to Toseong station (토성역). Head straight out of exit 8 following the street around the corner on the right. At the bus stop just up the road in front of the Busan cancer centre, take bus number 2-2 to Gamcheong elementary school (감천초등학교).

A note from the Editor-in-Chimp: Check this article out here on Three Wise Monkeys

Britain is full! The United Kingdom is so full of radical “muslamics”, scrounging economic migrants posing as refugees, and weird ex-soviet gypsies that…